Nioh will let you pit your skills against those of other players, sometime post launch. 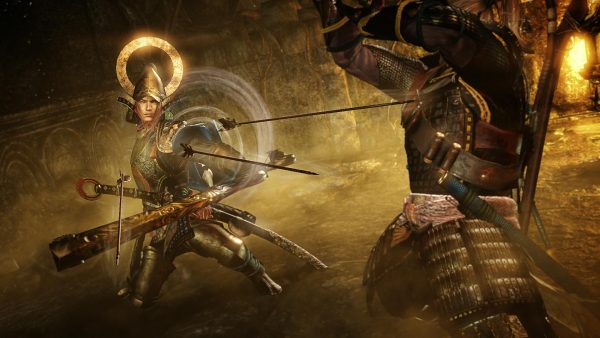 Nioh gets compared to the Soulsborne series everywhere you look, and with good reason. But one of the key Soulsborne features, namely PvP, is missing from the game.

The only way to interact with other players, outside of co-op, is that you can summon their avatars for a fight whenever you come across them in the game’s world. The fighters are AI-controlled, of course, which left many wondering if there’s a chance a proper PvP mode is in the works.

Thankfully, that is indeed the case, and the mode is coming to the game in a free update post launch. Developer Team Ninja confirmed this to Gamereactor [Spanish] in an interview (as translated by NeoGAF).

This is the first time the studio mentioned PvP, which could mean it was a recent addition to the game’s design. New or not, though, this will no doubt make Nioh more interesting to the Souls PvP community.

Nioh is out February 7 on PS4.