There’ll be no chilling when a high score is at stake. 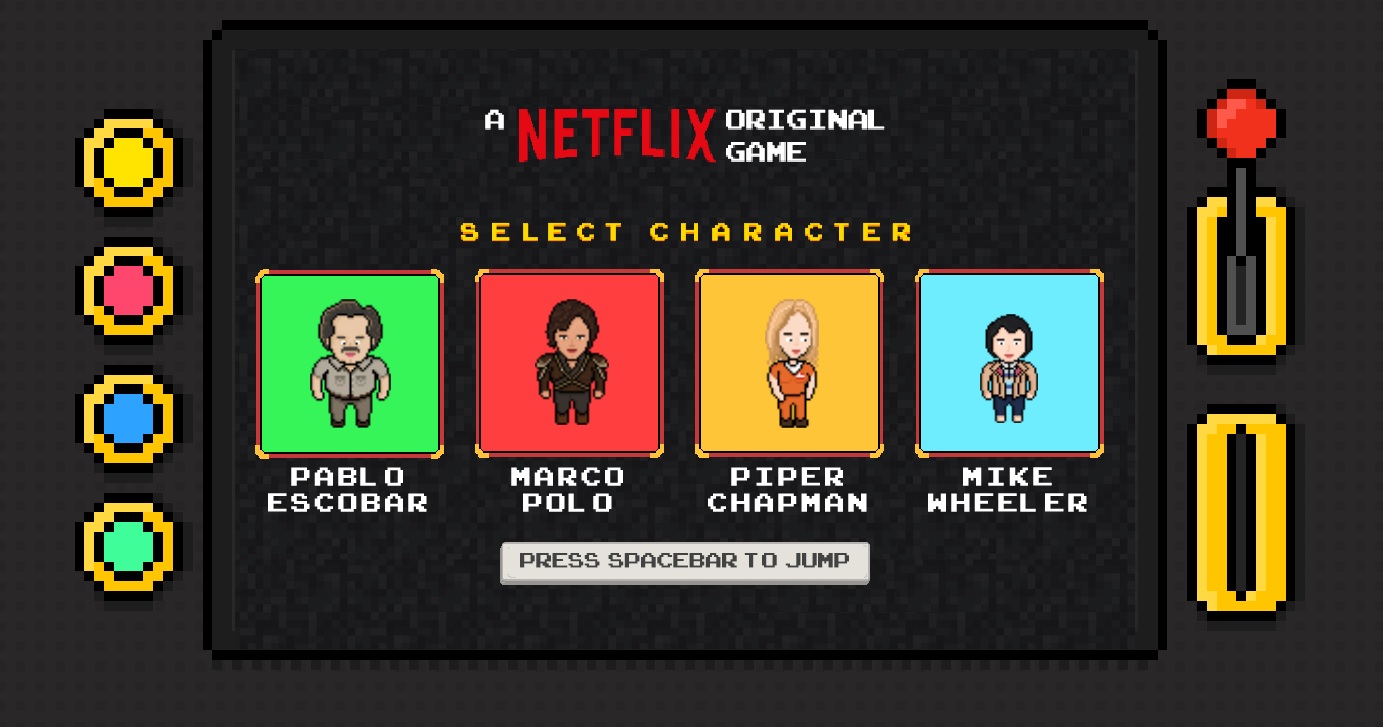 Endless runner games are a dime a dozen, so if you’re going to make one, the mechanics had better be brilliant and the theme should really sell it.

Enter Netflix with their own original title, that has no title.

Their take on the infinite runner game gives you a choice of four characters from some of their most popular shows. There’s Pablo Escobar from Narcos, Marco Polo from Marco Polo, Piper Chapman from Orange is the New Black, and Mike Wheeler from Stranger Things.

Each of the themed levels is accompanied by a chiptune version of the relevant show’s soundtrack, and it goes without saying that the Stranger Things tune is the best.

I gave it a whirl and while I didn’t have the issue with the jump response time that Engadget encountered, I have to agree that the hitboxes are insane.

They surround obstacles like a force field so you’ll be seeing the game over screen flash up a lot. If you have the patience to carry on regardless, have at it.

On the other hand, it’s not like you have to pay for it, and it’s a fun way to spend a minute or two for the novelty factor.

Give it a go and let us know how you get on.