Elite: Dangerous players finally have a pay-off for all those hints and ruins. 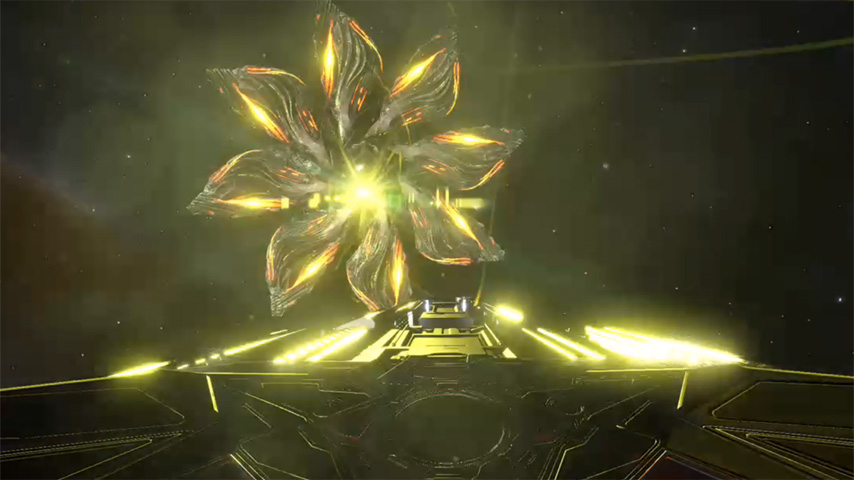 It’s finally happened – aliens have been sighted in Elite: Dangerous.

Player DP Sayre has uploaded three clips of Elite: Dangerous gameplay including contact with a race known as the Thargoids – check them out here, here and here. The community has been hammering these pages pretty hard so be patient and refresh if you have issues.

In case there was any doubt that the sighting is legitimate, the official Elite: Dangerous Twitter dropped a link to one of the videos.

A report just coming through that a CMDR has experienced something… strange. https://t.co/NJVhHWe4eB

Hit up the Elite: Dangerous Reddit for updates as they happen.

Players have long suspected aliens awaited them in Elite: Dangerous, thanks to various mysterious messages and ruins found throughout the enormous game setting.

It’s not clear whether the aliens have been awaiting discovery all this time or were patched into Elite: Dangerous recently, nor how extensive the feature is – will we see more from the elusive Thargoids?

Elite: Dangerous is available on Mac, PC and Xbox One, and on the way to PS4.