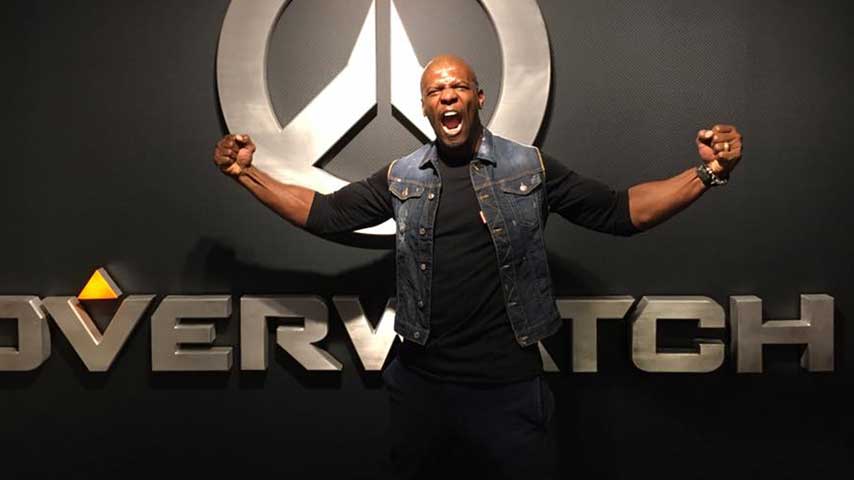 Overwatch fans are expecting the next character reveal to be Doomfist, although as one of the earliest and most persistent character teases Doomfist has been a frontrunner for “next Overwatch reveal” pretty much since launch.

One of the hottest Overwatch rumours of the last few months is that the new character, who gets his name from the legendary Doomfist gauntlet passed from warrior to warrior, will be voiced by athlete turned actor-comedian Terry Crews, whom you may know, love and use as fitspo from his NFL career, The Expendables series, Brooklyn Nine-Nine or a delicious mac and cheese recipe that makes Tumblr extremely dangerous for diet maintenance.

The source of this rumour is twofold. First, it would obviously be completely great since Crews so perfectly fits the aesthetic of Doomfist as we’ve seen him so far (check out the “Successor” banner on the Numbani map). Second, Crews visited Blizzard in mid-December and Facebook shared a photo of himself in front of an Overwatch banner, calling it his favourite game.

Since we know Blizzard has another Overwatch hero moving into full production at the moment, the timing of Crews’s visit certainly lines up for opening discussion of a role, if not recording for it.

That’s the speculation we’ve all been pondering since mid-December, but today’s update either pours cold water on it or adds fuel to the flame, depending on your perspective: Crews linked to a recent article on the rumour on Twitter and Facebook, asking Overwatch fans on both networks whether they want to hear him do the voice of Doomfist “for real”.

So now we have a couple of reactions – is Crews teasing something real, or does his post suggest it’s definitely not true? There are Overwatch fans in both camps, but I think most of us are united in wishing Blizzard would make it official already.