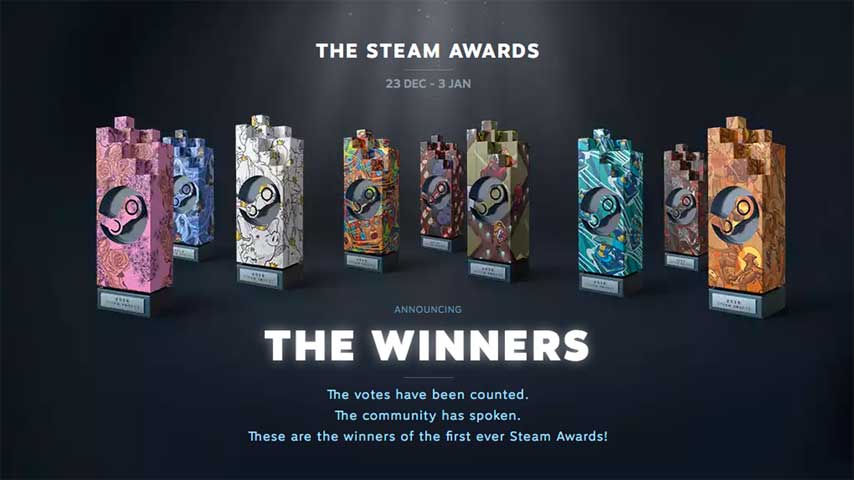 Valve has announced the winners of its community-voted Steam Awards.

End of year award lists tend to be dominated by the latest and greatest, as everyone suffers amnesia beyond the current hype cycle, but the Steam community proved to be made of sterner stuff, resolutely selecting timeless favourites for most of the eclectic categories.

The awards weren’t restricted by year of release, and the nature of the categories probably skewed them towards a wider variety of releases than usual, but it’s still really interesting to see how few 2016 releases made the nominees and winners.

DOOM and Dark Souls 3 released in 2016, and I suppose we would count Skyrim since it re-released this year. But GTA 5, which took two gongs, hit PC in 2015 and first launched in 2013. Euro Truck Simulator 2, the other dual winner, released in 2013.

Naturally I consider VG247’s Game of the Year Awards to be superior in all regards, Here’s the full list of all Steam Awards 2016 winners and nominees.

The ‘Villain Most In Need Of A Hug’ Award

The ‘Test of Time’ Award

The ‘Game Within A Game Award’ Award

The ‘I’m Not Crying, There’s Something In My Eye’ Award

The ‘Best Use Of A Farm Animal’ Award

The ‘Sit Back and Relax’ Award

The ‘Better With Friends’ Award