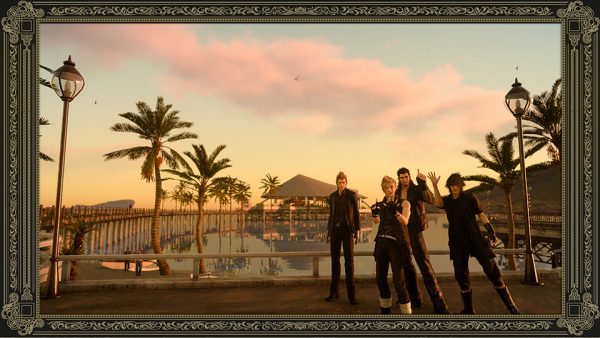 Square Enix has released Final Fantasy 15 patch 1.03 for everyone earlier. The patch weighs in at 3.2GB, and includes the the promised holiday features.

The Holiday Pack itself isn’t out until tomorrow, but you’ll be able to use the new photo frames with Prompto’s photos now. As for the the patch notes, the biggest new feature is the addition of New Game + mode.

The mode is available to those who finished the game’s main story, but beware, starting a New Game + journey will overwrite your existing save (via Nova Crystallis). The mode also doesn’t offer any expanded difficulty options.

Finally, the Ultimate Blade will revert to its original power, and the Regalia will return to its base state. You’ll get to keep you items, costumes, weapons, Ascension skills, and settings.

Here’s a list of everything that carries over, thanks to NeoGAF user LordKasual.