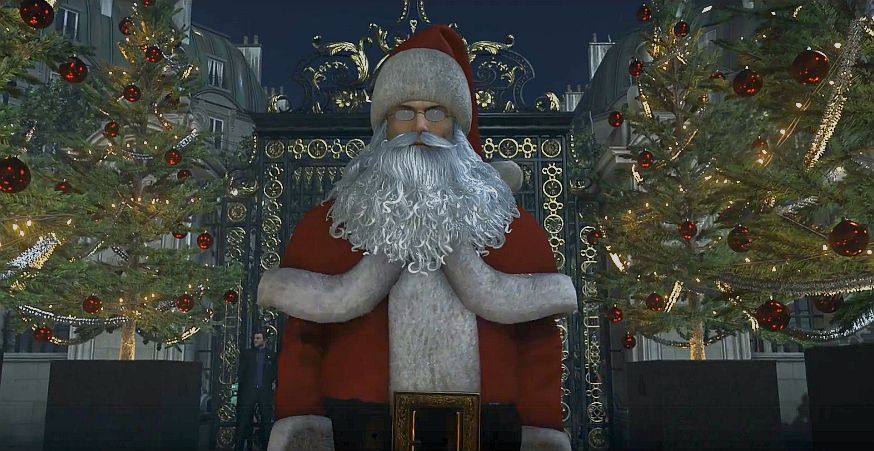 There is an awful lot I love about Hitman, the new 2016 refresh of the assassination-based series from IO Interactive. I’ve written about the things I love about it a lot over the course of the year: there was the rocky start, the hugely promising halfway point and then basically everything was up and up from there.

As you can tell from the above links, I like Hitman a lot and I really don’t think you need me to tell you all over again why that is. It’s an excellent game, but I wanted to take a moment to just quickly detour as we approach the Christmas break to point out yet another example of why I think this game is special: it knows how to drop the serious tone a little and have some bloody good fun.

This season of Hitman has always had a sense of levity to it – there’s unlockable explosive rubber ducks, for god’s sake, and some of the antics in some of the levels are silly by design. Infiltrating the Japanese-based episode 6 level as a ninja doesn’t actually make too much sense for 47 given his background, but who cares? You can do it. The way 47 can whip around and throw a fire extinguisher with pin-point accuracy to make his target’s body ragdoll hugely isn’t exactly realistic, but there’s something brilliant about it. In Marrakesh you can kill somebody by dropping a toilet on their head. This is the kind of thing that I can really get behind, honestly.

Released this week, however, is a new level of glorious silly: the Holiday Hoarders level. What IO have basically done, as we previously reported, is give the existing Paris level a simple Christmas-themed coat of paint. This keeps the development costs down for them, of course, but this is free content – and it just generally feels like a really nice gesture.

“I can’t overstate how cool it is to see this type of content. The attitude behind it is what impresses: it’s the sort of happy, confident, experimental attitude that has made Hitman so fun all through this year.”

Bells hilariously jingle along to the now all-too-familiar and usually sinister theme music as the level begins and ends, and the two new targets for the Christmas level are themselves a Christmas classic. As Brenna discovered with glee a couple of days ago, the two targets in the level are based off the two idiot thieves from Home Alone, and there’s even a challenge built in the level to stop them from stealing various items that have been dropped around the Paris map.

This sort of fanservice is rife in the best possible way: there’s a challenge or two that are direct references to some of their unfortunate incidents in the movies, and the items that are scattered around the Paris level that they’re aiming to steal are in part items not usually found in that level but items that’ll be familiar to players from trekking the globe in the rest of this year’s Hitman content. 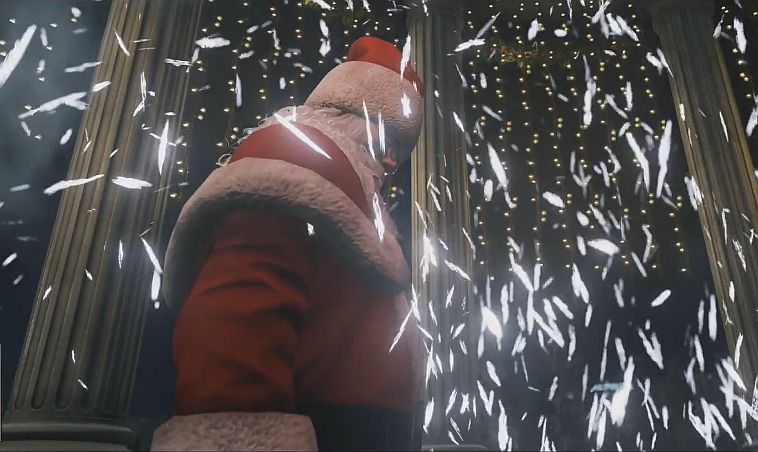 I can’t overstate how cool it is to see this type of content, how pleasing it is that it’s free and above all that how lovely it is that IO and Square Enix are encouraging players to donate to charity instead of paying for it. This DLC itself is fairly simple and there isn’t exactly a lot to it, but the attitude behind it is what impresses: it’s the sort of happy, confident, experimental attitude that has made Hitman so fun all through this year.

Oh, and: the best thing of all about this DLC is that you can unlock a Santa suit for Agent 47 to wear and take that into any other level you like. If you want to be the most conspicuous elite assassin ever in the sun-soaked town of Sapienza, for instance, why not head there in a Santa suit?

It’s so dumb. I love it. I hope IO keep this kind of thing up; it makes Hitman a really special game that I keep returning to even now, after its main season is over.