Torment: Tides of Numenera now has a release date instead of a vague Q1 2017 window.

Developed by inXile Entertainment, the spiritual successor to Black Isle’s Planescape: Torment was funded through Kickstarter in 2013, reaching its target of $900,000 in just six hours. By the time the campaign ended, 74,405 backers pledged $4,188,927 to the game’s development through Kickstarter. As of press time, $5,094,981 has been thrown at the title.

It still holds the record for third most funded video game on the crowdfunding service.

Along with the release date, today it was also announced that pre-orders for the Day One Edition and The Collector’s Edition are now available. The two videos posted show the contents of each.

The Day One Edition contains the disc version in a steelbook along with a soundtrack CD, printed world map, digital Traveler’s Guide and Mindforged Synthsteel Plating (digital).

If you grab the Collector’s Edition, it comes with the same contents as above, only it includes a printed Traveler’s Guide along with the digital version, a collector’s box instead of the steelbook, an artbook, a statue and a Tidal Talisman. 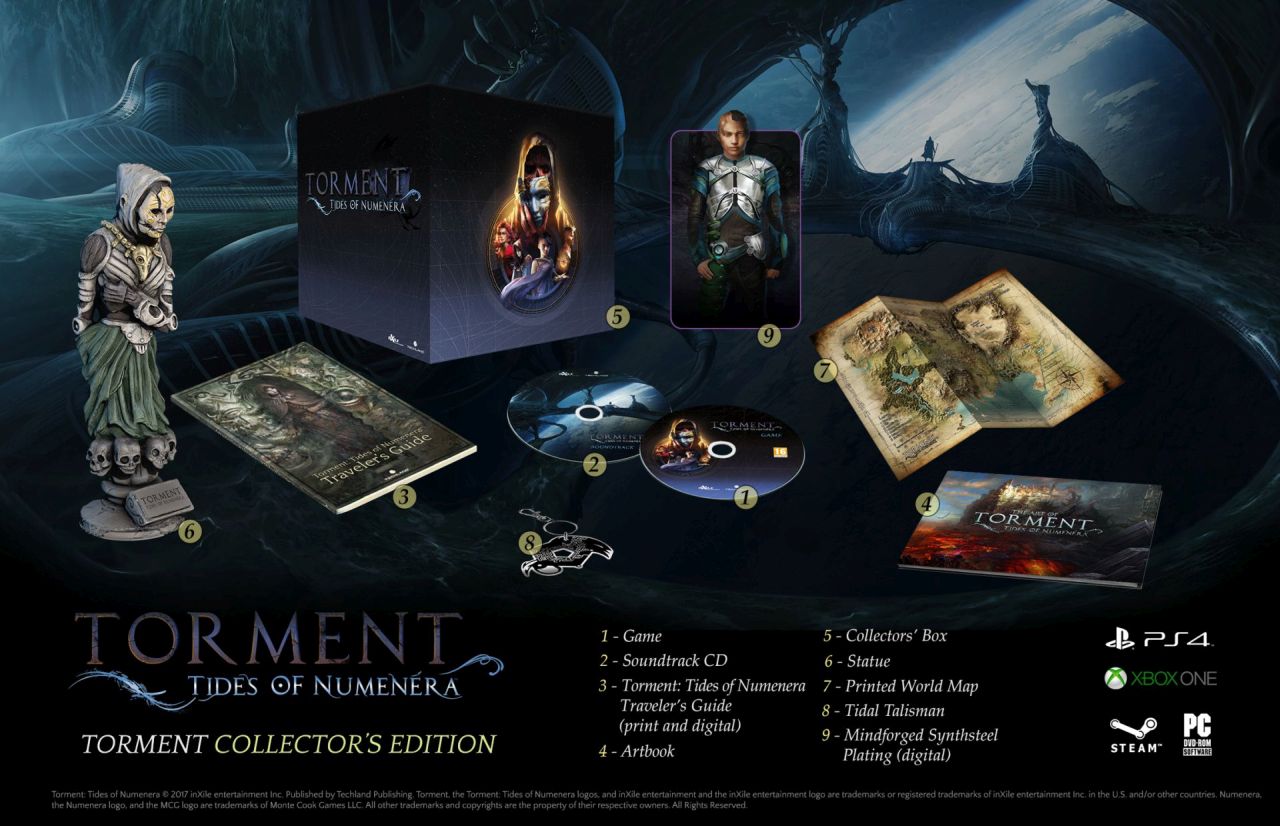 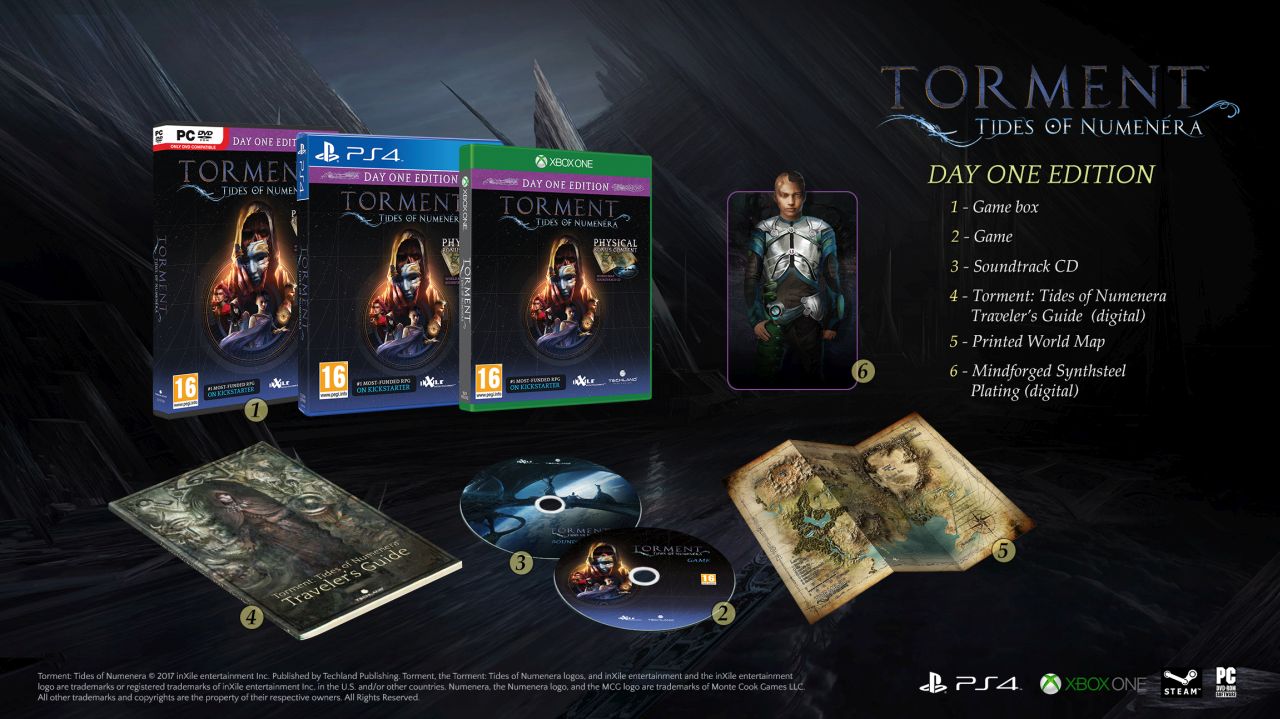 I’m still trying to find pricing on both editions, so hold tight.

The console version of the game will be released simultaneously with the PC version and is being published by Techland.

If you want to get in on the fun ahead of time on PC though, the game is still in Early Access through Steam for $45.

Torment: Tides of Numenera will be available on PC, PlayStation 4 and Xbox One on February 28.