With The Dawning winter event now live in Destiny, you could be wondering how to acquire those new,Exotic Machine Guns.

The video from Arekkz above with show you how to get your hands on Nova Mortis and Abbadon, also known as the Void and Solar version of Thunderlord.

Both are obtained from the same quest chain, which begins with Nova Mortis and ends with Abbadon. The quest kicks off once the player hits Rank 7 in the new Record Book and the big present at the back of the Tower is opened, using Xur’s tag.

The latter is a consumable acquired once Rank 7 is hit, and when the present is opened, the quest Songs from the Void will be added to your log. Note that you have to do the Nova Mortis quest first before starting the Abbadon quest. 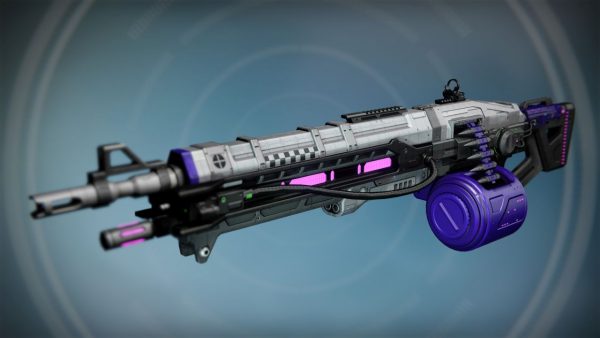 Once you have been given the quest Songs from the Void, go have a chat with Ikora Rey to get the backstory for the quest. She will send you off to speak with Banshee-44 who wants you to get 100 points of Void ability kills. This can be accomplished in a variety of ways, but Arekkz heads to the Temple of Corta in the video to get the number of points needed.

At this point you can start the Abbadon quest, but it’s slightly bugged at the moment in that Ikora will have a mark above her head indicating she has a quest. Don’t let that confuse you, because you actually need to speak with Commander Zavala at the other end of the table. 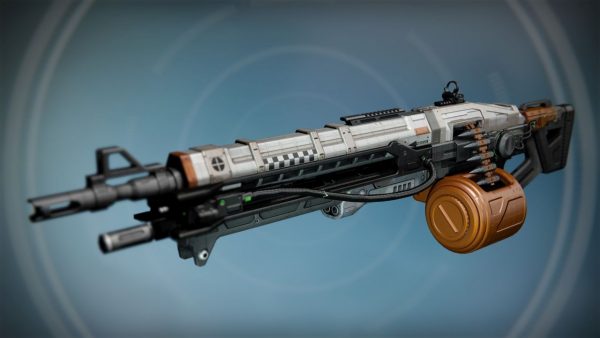 Here, he will kick off the quest for Abbadon – which means you will need to go speak with Banshee-44. Again. Once you chat with Banshee, the Hymns of Fire quest will be handed out.

Here, you will need to gain 100 points of Solar ability kills. So, same style of quest chain, different points. Go back to where you acquired your Void points, get the points, go back to Bashee and he will send you off to the Shield Brothers Strike.

Once completed, return to the Tower, hand it in to Commander Zavala and you now have Abbadon. That’s that. Super easy, not a convoluted quest chain, just a bit of running around.

Arekkz said the perks on both versions of the Thunderlord are identical to the current version of the machine gun, the only difference being the elements.