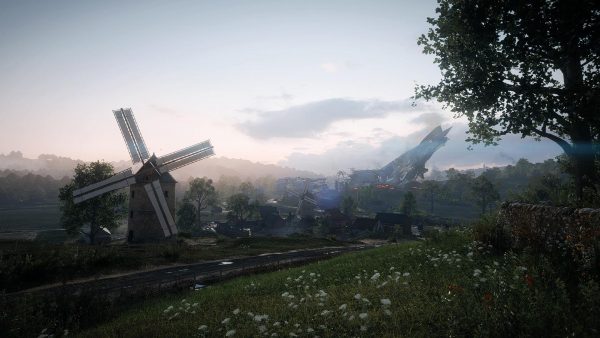 The second big patch for Battlefield 1 has been rolling out today on all platforms. Much like the November patch, this one is not short on new features, fixes, balance changes, and everything in between.

The patch of course added a free map, Giant’s Shadow. Pre-order customers and Premium members can play it starting today, whereas everyone else can join on December 20. Outside of the new map, the patch added the long awaited Spectator Mode, complete with the ability to join servers as a spectator.

As for the changes, they’re quite massive, but we’ll go over some of the headline changes below. First, soldier movement has been improved, and you’ll now be able to sprint out of crouch and prone. Soldier controls should feel more responsive now, according to DICE.

Aim assist is another mechanic that’s seen some tweaks. Aim assist will now only kick in if the player is actively giving aim input. This prevents instances where your crosshairs would track a target you were strafing around. If you want, you can now tweak individual aim details such as the dead zone.

The update has introduced a fix for an issue that would sometimes spawn you as a Tanker, Pilot, or Cavalry without the proper vehicle. This should also prevent spawning into vehicles with incorrect kits.

As for tanks themselves, it was previously possible to shoot over objectives your tank turret can’t go over by going into third-person view, otherwise know as “head-glitching”. This has now been fixed, and both viewpoints should now report the same angle.

The Landship tank has seen a major buff in the update. It now has the same health as the Heavy Tank, and you’ll be able to spawn on teammates in the Landship the same way you could with a Heavy Tank.

As for weapon balance, shotguns have seen a general nerf, though some have been buffed. The biggest change affects the Model 10-A Hunter and Factory, M97 Trench, and the Sawed Off Shotgun, reducing their maximum range. The M97 now shoots an extra pellet regardless of variant. Effective range of the Backbored variants have been improved.

The accuracy of the 12g Automatic has been increased as well. This also comes with a tweak to the shotgun crosshairs to make landing shots more consistent. For LMGs, DICE tweaked the amount of inaccuracy you get when firing an aimed LMG to prevent variants with optics from having a disadvantage unless a bipod was used. Now, the second shot has the same accuracy for all variants of any one LMG.

As for Bayonets, you’ll now be able to initiate a bayonet charge while reloading or when out of ammo.

The revive Syringe is another gadget that received some tweaks in the patch. There’s now a short cooldown between uses, though that can be negated if near an ammo crate. This should prevent “revive trains” but will have no effect on single soldier revives, according to DICE.

In other gadget changes, the ammo and medical crates should now be easier to deploy. Their effectiveness has also been increased. Mortars are now slightly more accurate when placed, and similarly during sustained fire. The damage output is the same, however.

If you’ve witnessed teammates destroy your tripwires thinking they belong to the enemy, you’ll be happy to know that the explosive icons should now reflect the team that placed them.

Hardcore mode was also the recipient of many changes. The large map is now available, but it’ll not show the position of objectives, players, etc. Similarly, you’ll now be able to see how many grenades you have left, but not how many bullets left in the magazine. You’ll now also be getting confirmations when killing teammates.

Bullet damage in Hardcore has decreased from 200 percent to 125 percent. This should prevent bolt action rifles for having one-hit kill potential at all ranges.