The Dark Souls series may finally be making its way to Nintendo platforms. 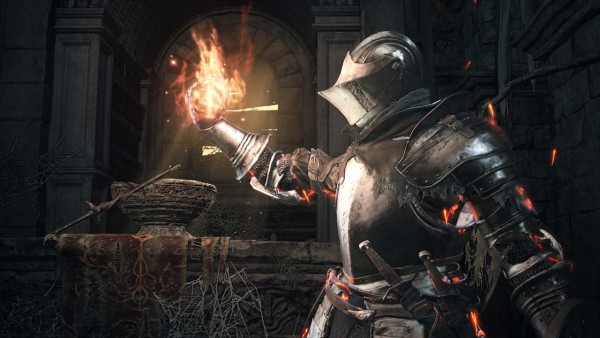 According to a new report from Let’s Play Video Games, Dark Souls series developer From Software has a build of Dark Souls 3 running on a Nintendo Switch.

From Software’s logo appeared on the big list of third-party publishers and developers pledging their support for the upcoming console, though everyone just assumed the studio’s future titles will be launching on the Switch.

The report says the developer managed to get the game running at “a level of performance they are happy with,” though it doesn’t mention specifics, such as frame-rate target. Still, this doesn’t necessarily mean a port has been greenlit, but it’s something the studio is internally discussing.

A small team within From Software is said to be have working on this port for “several months”. Furthermore, the studio is currently working out whether it’ll be financially viable to release a collection of all three Dark Souls games, including DLC, on the Switch.

From Software is waiting on Switch sales data before fully committing, the report adds. The idea is to release said collection on all platforms simultaneously, which inadvertently confirms we may be getting a Dark Souls collection at some point in the future.