This is where Trico shows off its fighting skills. 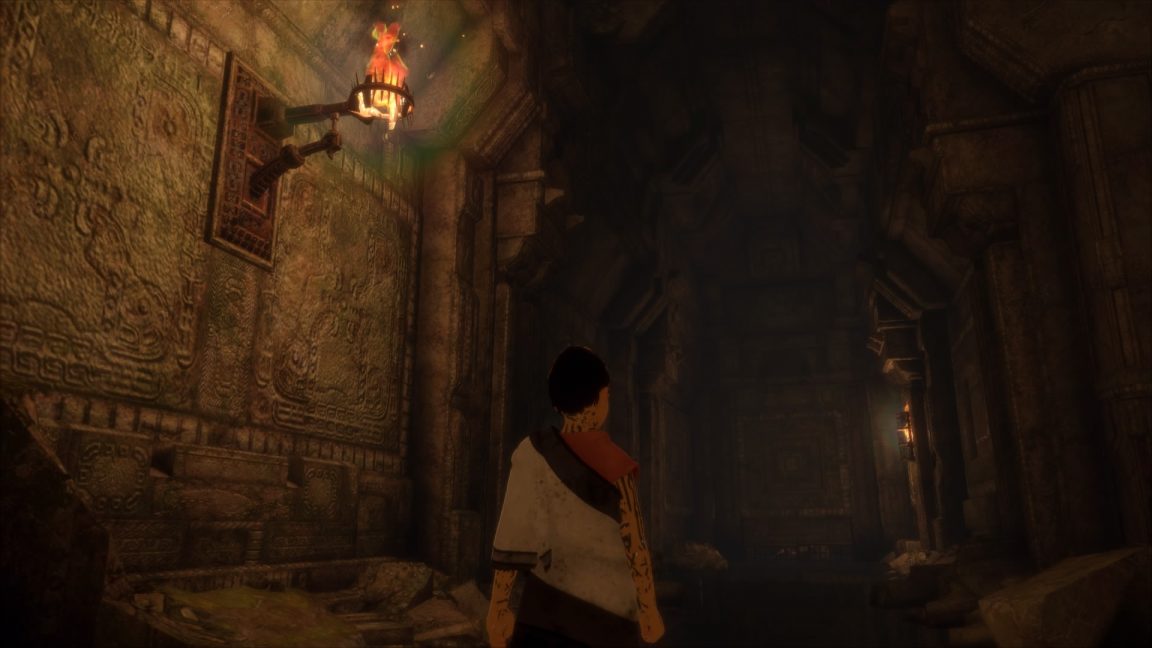 Trico will have a little roll around in the water here, and if you glance up and follow its glaze you might catch a glimpse of another Trico on top of the stones above you.

Go inside the building and call Trico, who will leap onto the middle structure, allowing you to climb its tail again. You’ll see a lever and one of those mysterious coloured geometric stones that Trico doesn’t like over in the distance above you.

Jump from Trico’s head and go across the wooden bridge here to pick up the barrel. Head around to the lever and open the gate, which causes the coloured stone to drop. Get the barrel you just passed and feed it to Trico when you’re in the other room.

Go down the stairs and follow the paths down into a big chamber. Leap down to the floor and more suits of armour will attack. You just need to stay out of their way while Trico smashes them to pieces.

Then climb Trico’s back and remove the spear, and pet it to calm the beast down again. There’s a barrel to feed it here too. And you’re also given the clue that petting Trico in different spots on its body elicits different responses. 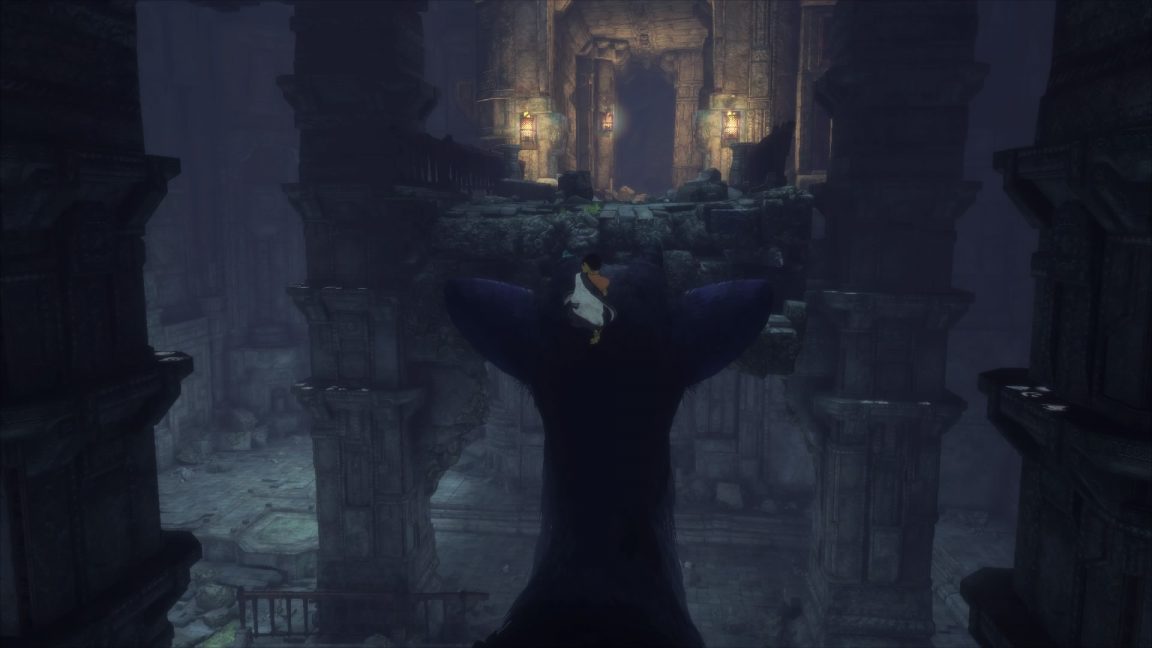 Call Trico over to the raised stone walkway at the opposite end of the room and climb up. Trico will follow you. Drop down into the corridor full of water and when more suits of armour pounce, head backwards and let Trico jump on them and crush them.

How to free Trico’s tail 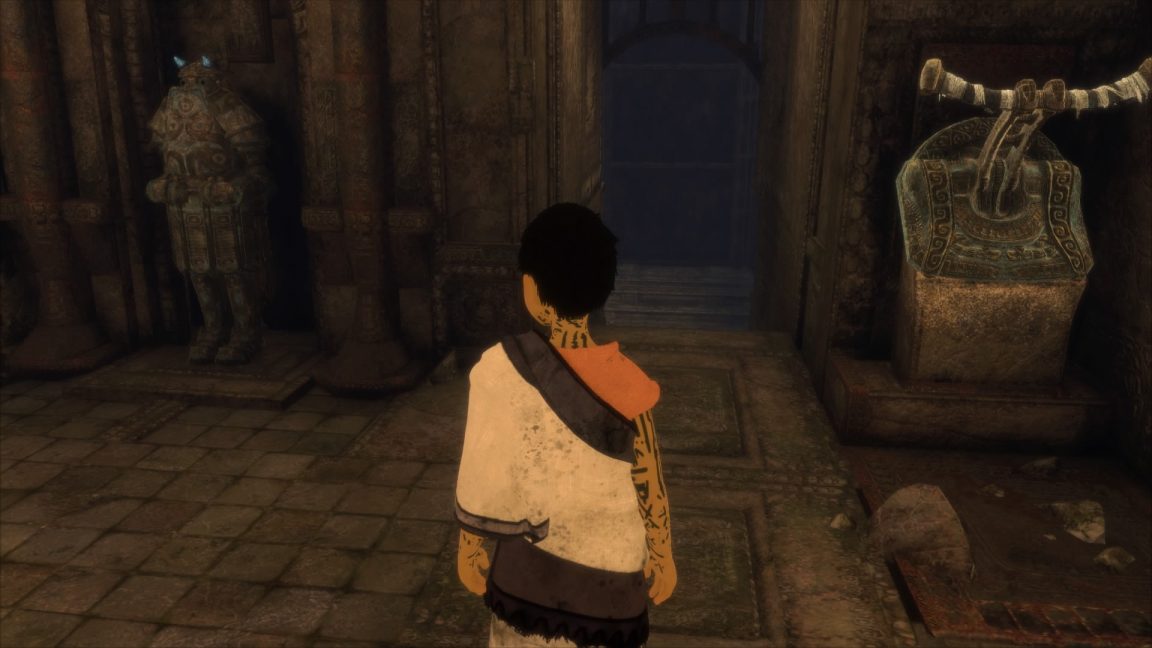 Continue forward until the wooden door slams down behind Trico, trapping its tail. A little further ahead to the left is a corridor that leads to a lever and a suit of armour. Pull the lever and run back to Trico, who will take care of the pursuing armour 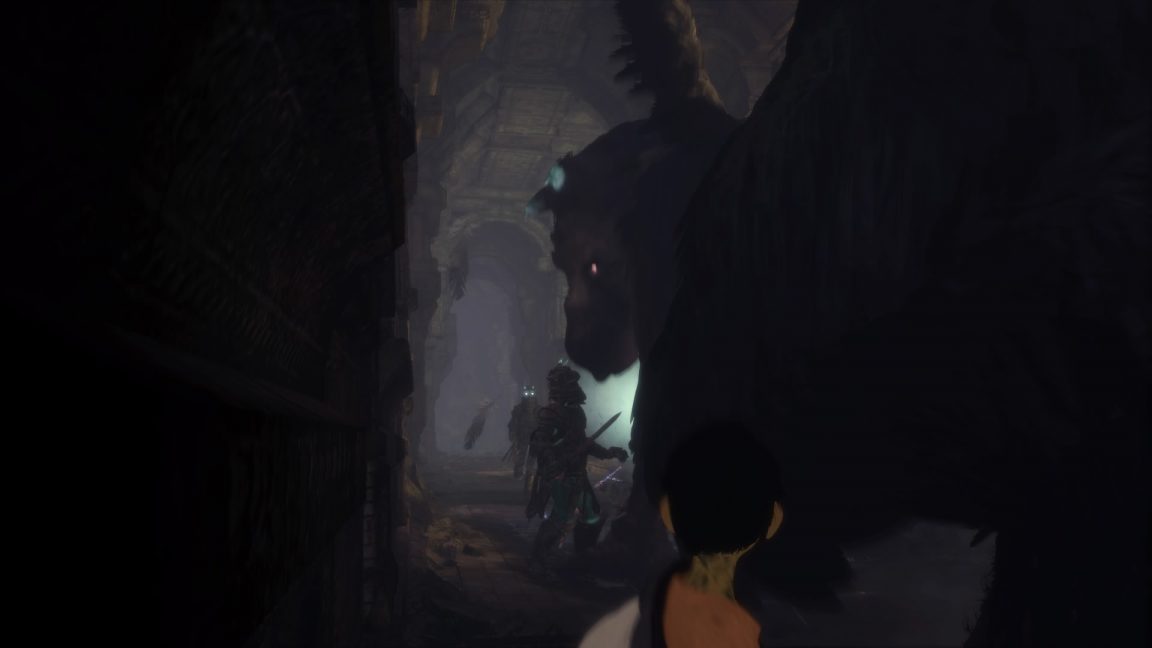 That lever didn’t free Trico, but instead opened a wooden door to the right with multiple armoured suits standing to attention. Lead them back to Trico, who will stomp them out. 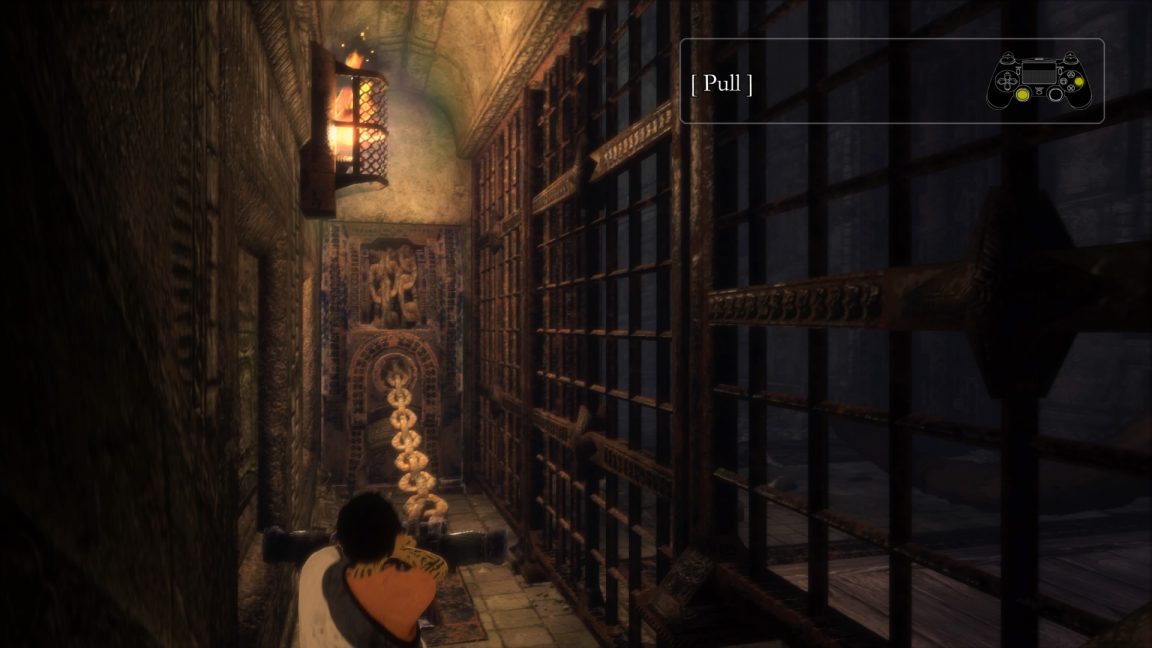 Go back to the corridor and halfway along you’ll find a set of ladders. Climb them and follow the path to a lever. This is the one to pull to free Trico.

Trico will head through the corridor, killing the final suit of armour. It’s here you need to pet Trico and calm it down. You’ll be able to feel its heart beat, and when it sits down it’s less agitated.