Prepare for a lot of confrontation. You’ll need to really help Trico in this next section. 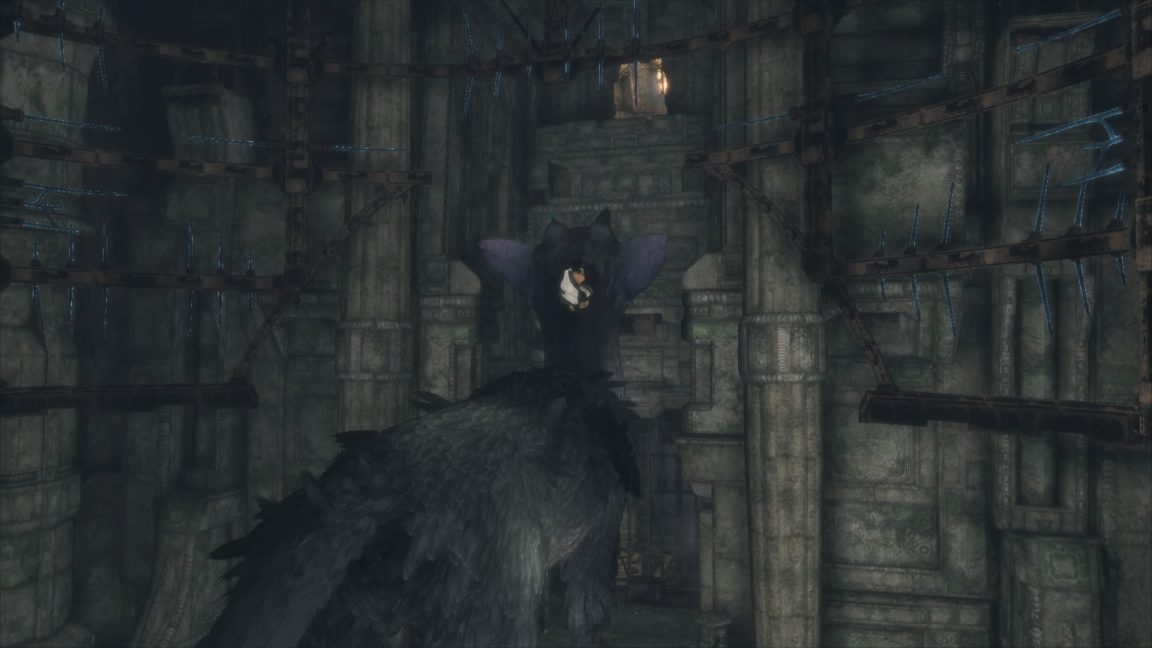 Now you’ve woken up, head back to the chamber where you were last attacked, climb Trico and down the ladder to pull the lever here and open the gate. Turn left into the mineshaft and call Trico.

How to escape the mineshaft 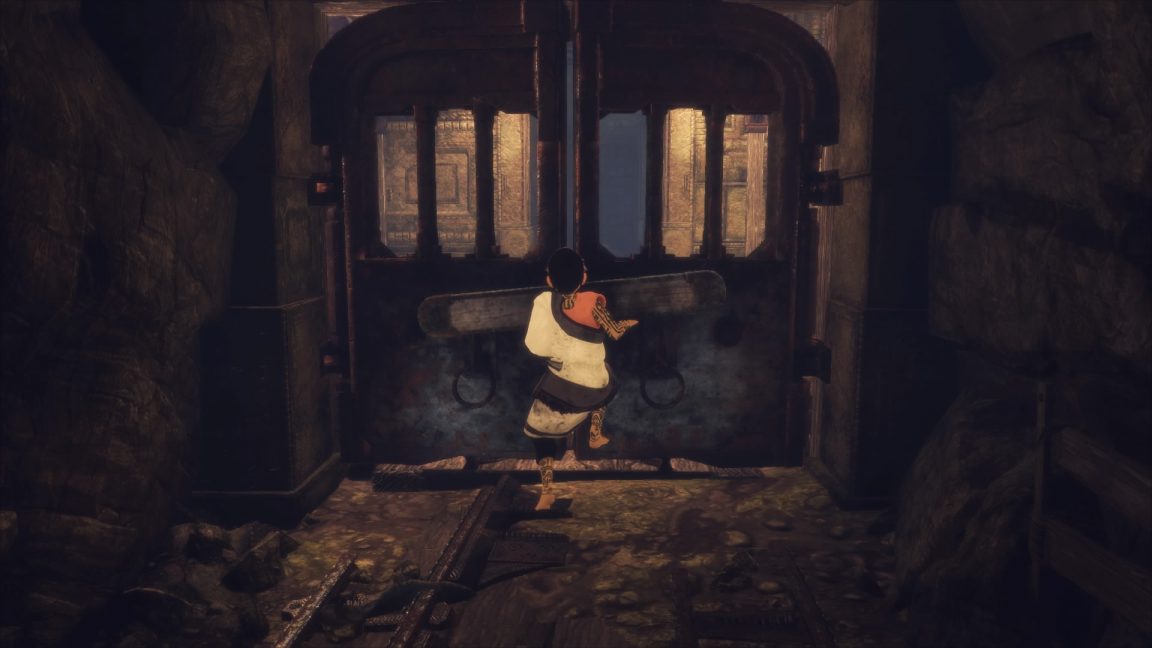 Use its head to leap up and crawl through into the other mineshaft, then go and unblock the double doors and call Trico through. It’s a tight fit and you’ll need to pull a chain to let Trico further through the mineshaft. Once Trico is trapped, the shaft will cave in. 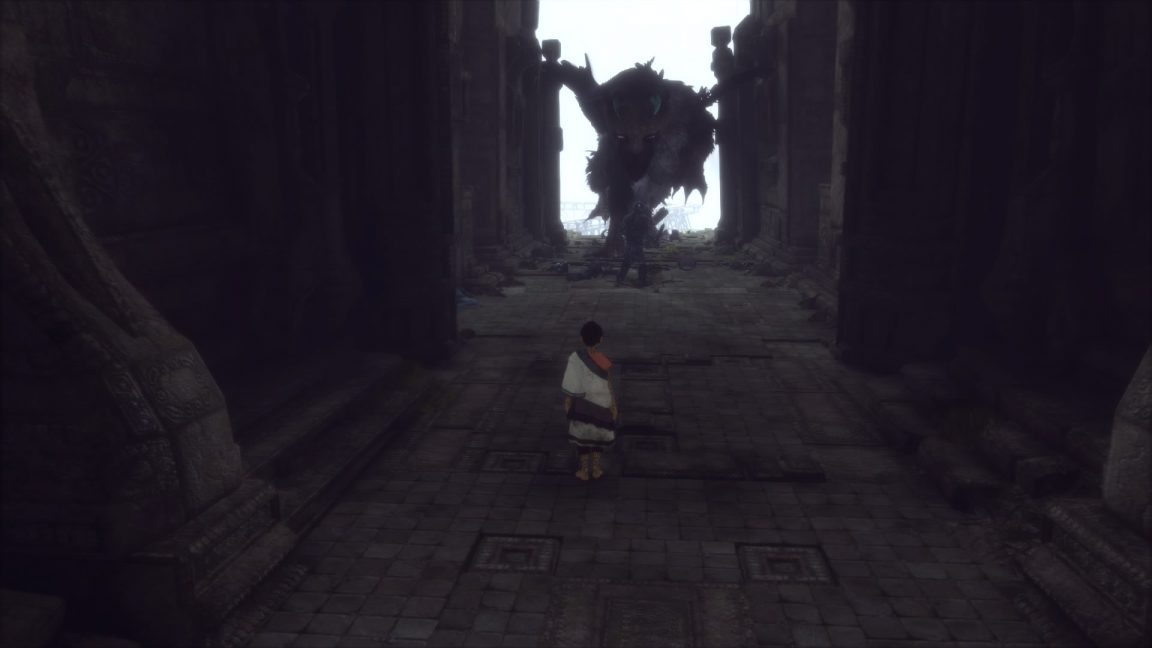 Crawl past Trico and up into a new chamber. When the guards attack, call Trico and it will come to your rescue. 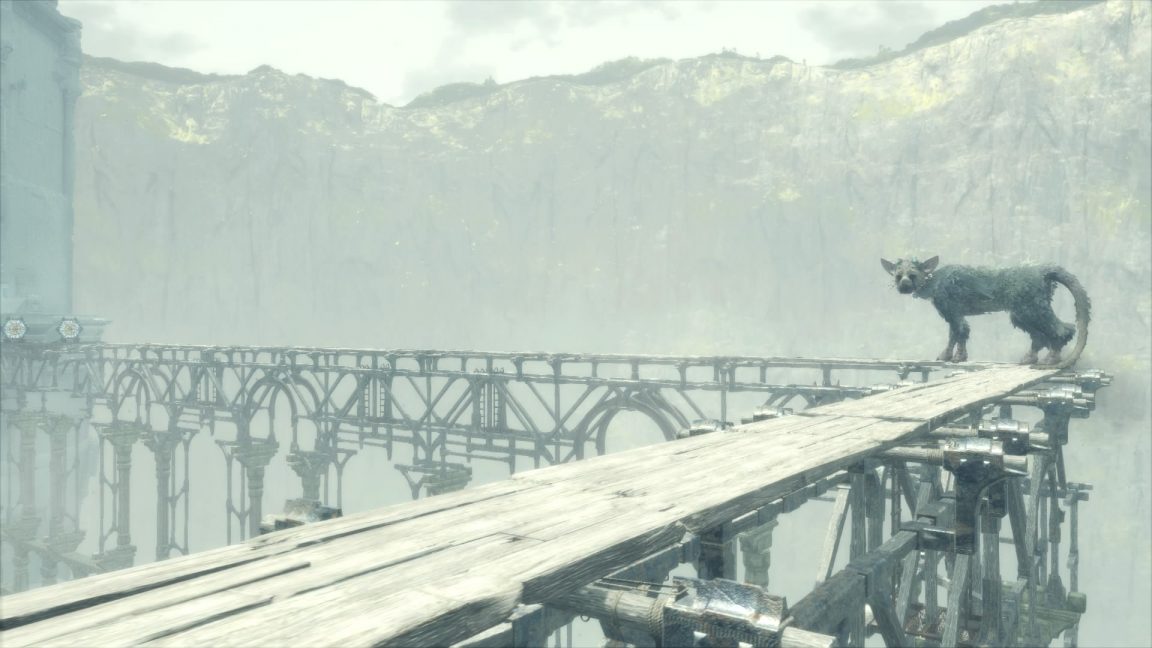 Climb onto to Trico and it will jump over onto the thin wooden bridge. When it refuses to go any further, jump and climb down beneath the main footbridge. 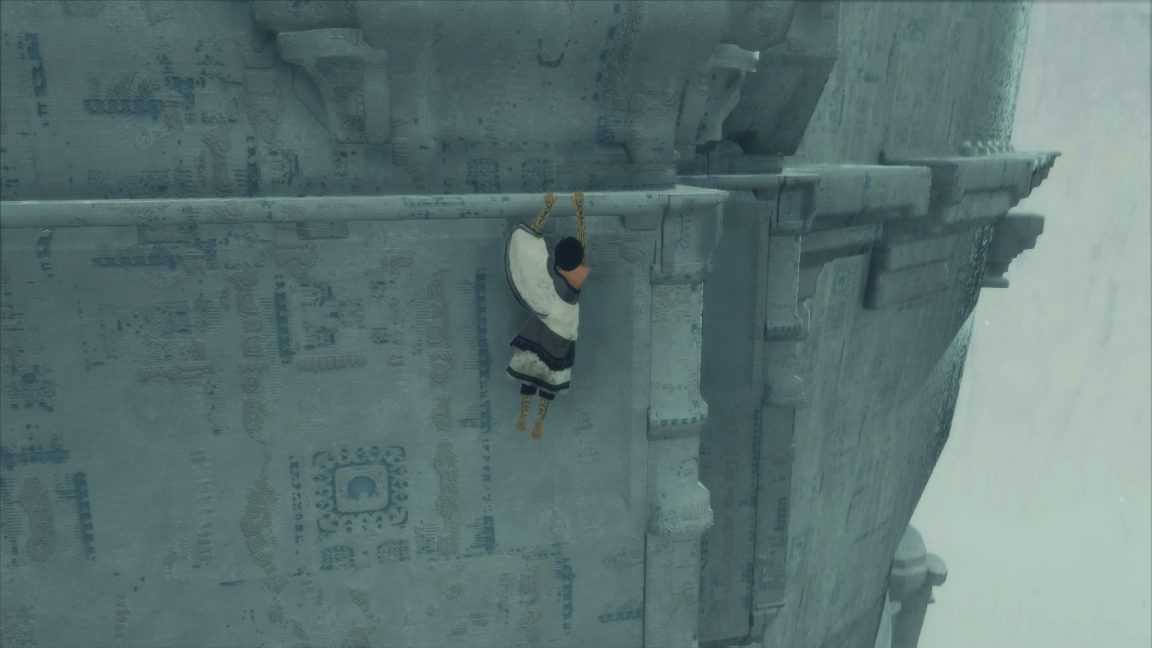 Find the ledges and move along to the blue stone tower. Follow this around to the right. It’s quite a way. 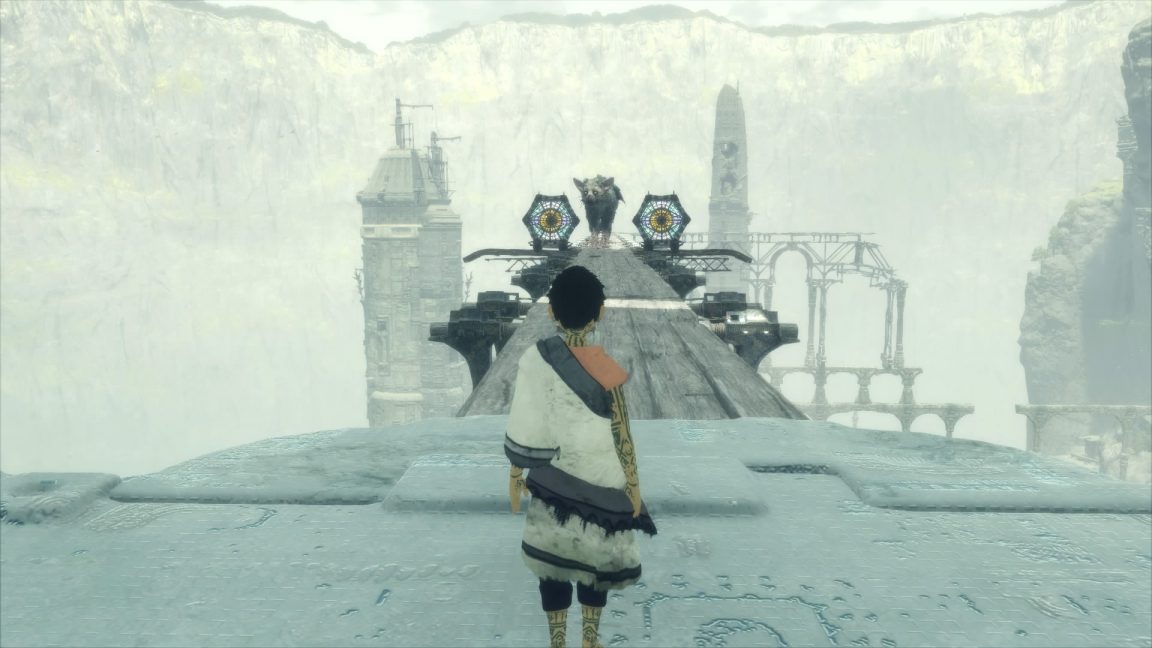 Go up the steps to the next level, then head back in the direction you came, where you can now push the glass eyes off their mounts. 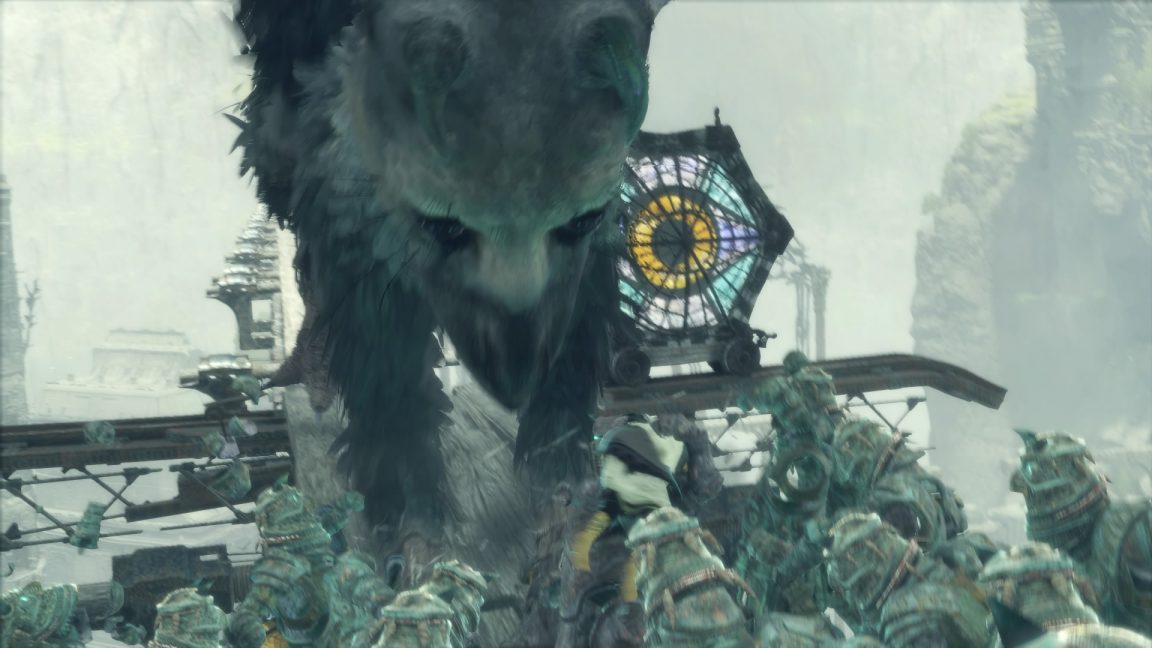 After the fight, chase and leap to relative safety, follow the wooden steps around and open the gate for Trico. Unfortunately it falls again, as will you. Do everything you just did again and Trico will eventually be safe inside the tall building. 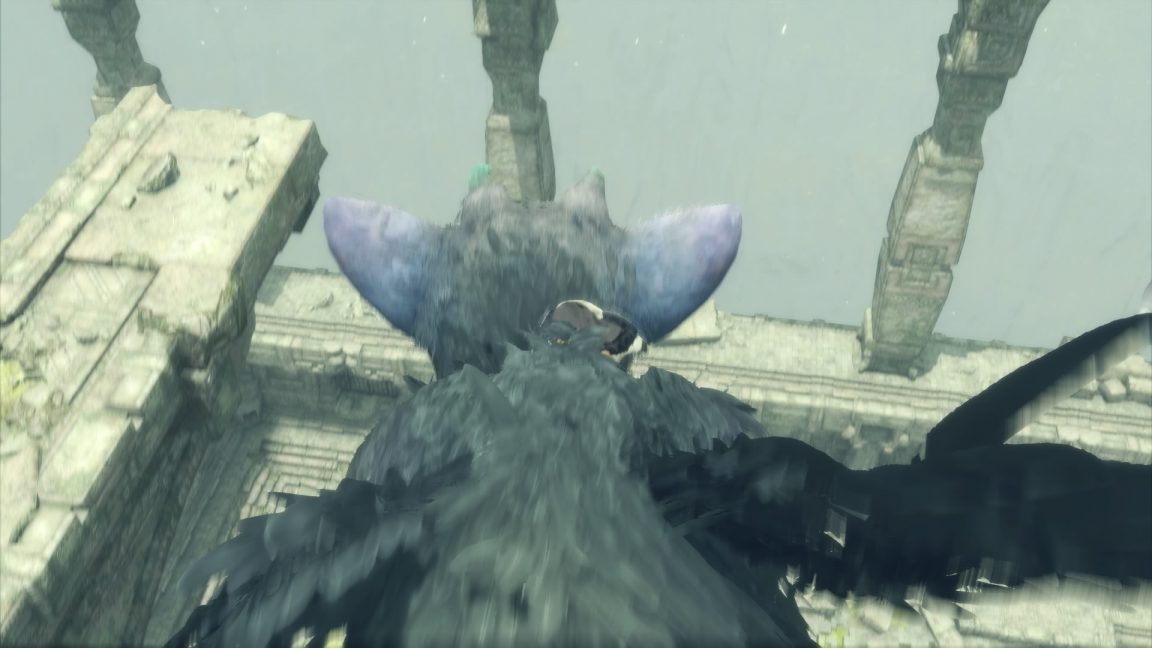 Run up steps inside here and get Trico to jump onto the pillars on the otherside. It will work it’s way down, and then over to the roof tiles on the building across from the pillars. Two jumps up later and you’ll find a crack in the wall. Below are more guards, so ride Trico down to the bottom and stomp them out. 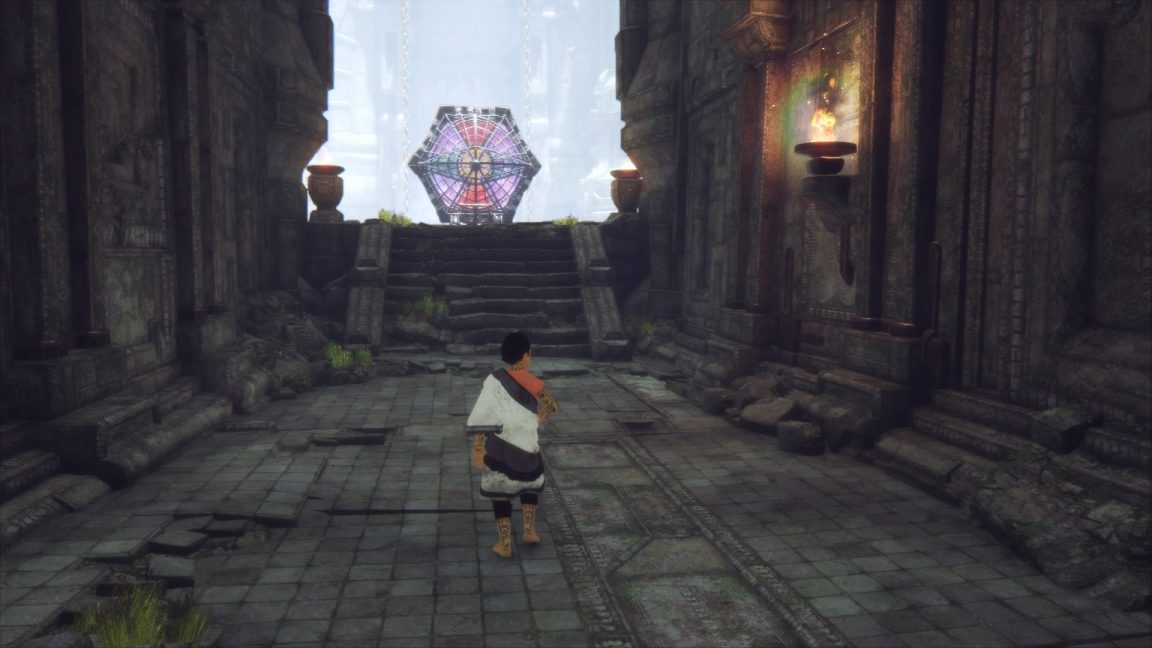 At the end of the room is a glass eye blocking the path. Walk around the other side and pull the lever here to send it crashing down. Then brace for confrontation.

How to defeat the beast 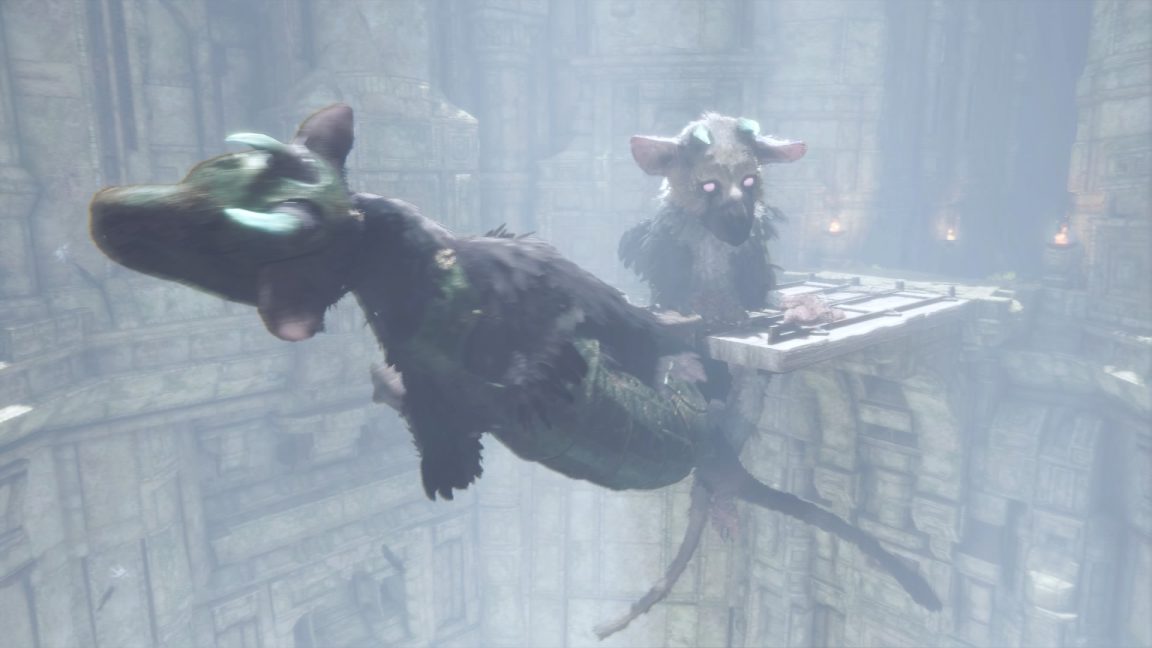 As the two animals fight, run back to the lever and pull it again to send them crashing down to the bridge below. 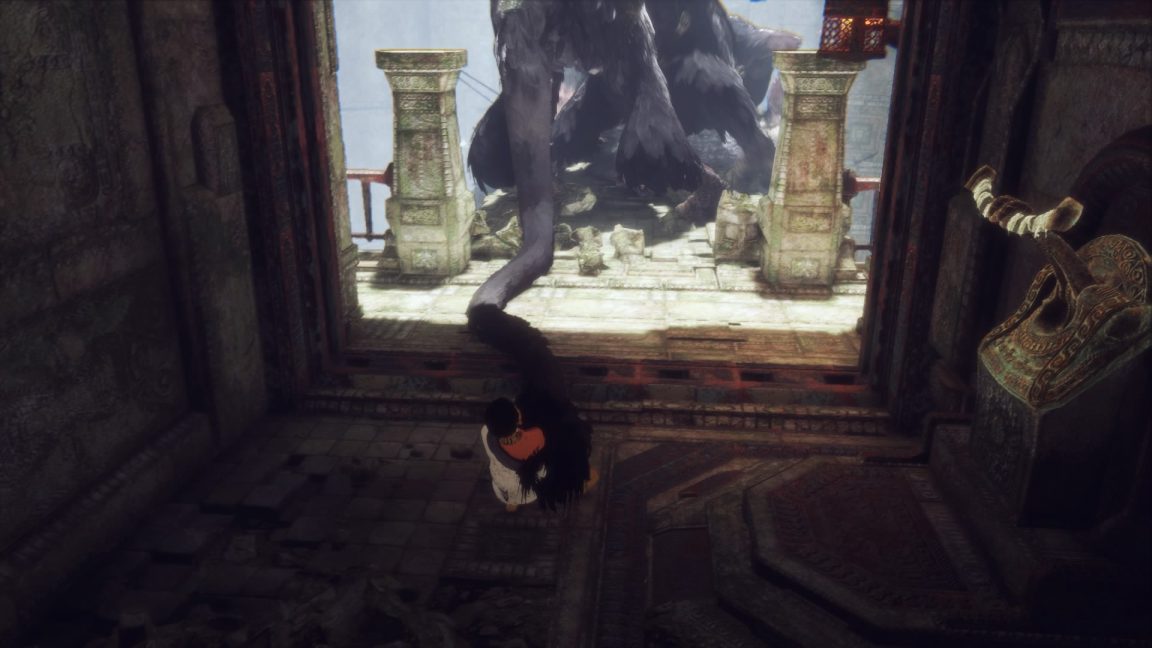 Jump off this bridge and land on Trico, then test the lever near you. It will crush the log, giving you a clue as to what to do next. Climb over the two fighting animals, then pick up the beasts’ tail and pull it into the room, before pulling the gate down on it. 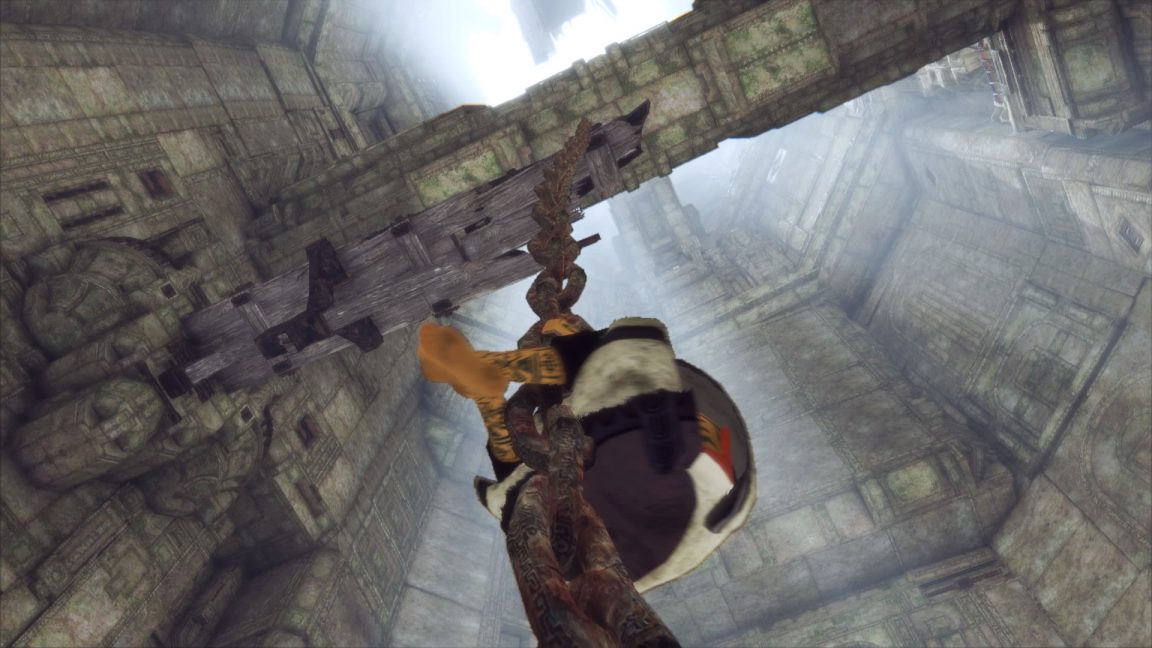 Jump down onto the two animals again. Then climb up on the beast and up the chain, where you can push the rail cart down onto them.

Where to find the barrels to feed Trico 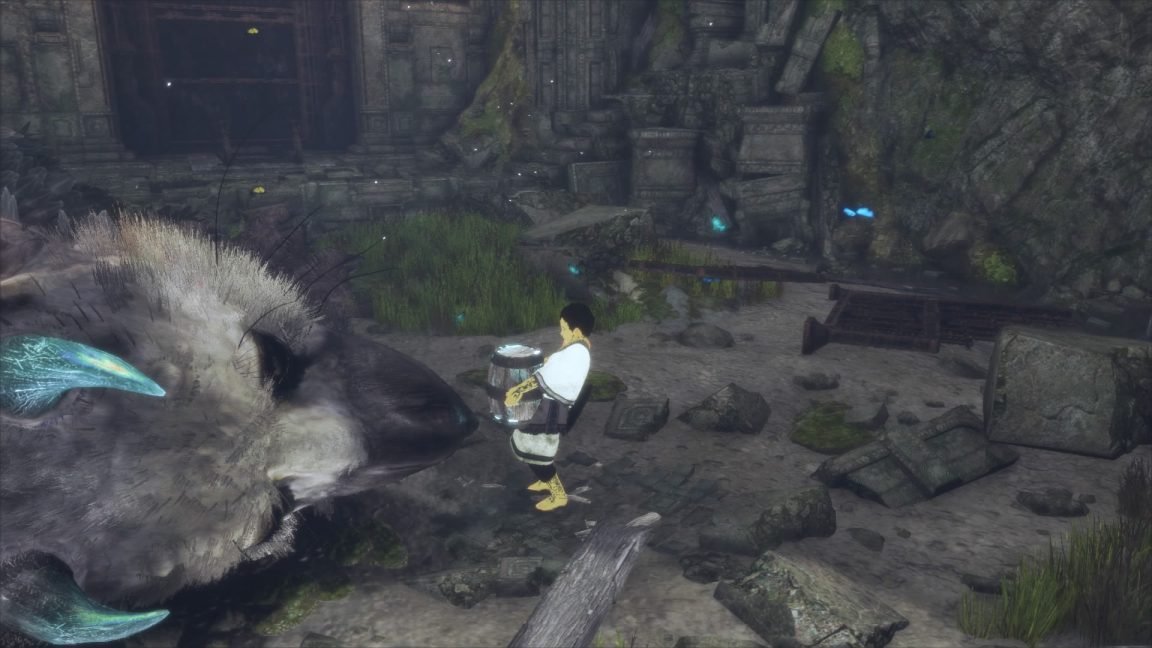 Go and remove the spears from Trico and it will cough up the mirror you had at the start of the game. Behind you you’ll see a chain and above that a doorway blocked with rubble. Aim the mirror at it so Trico lightning blasts it open. Climb up, throw down the barrels and feed them to it. 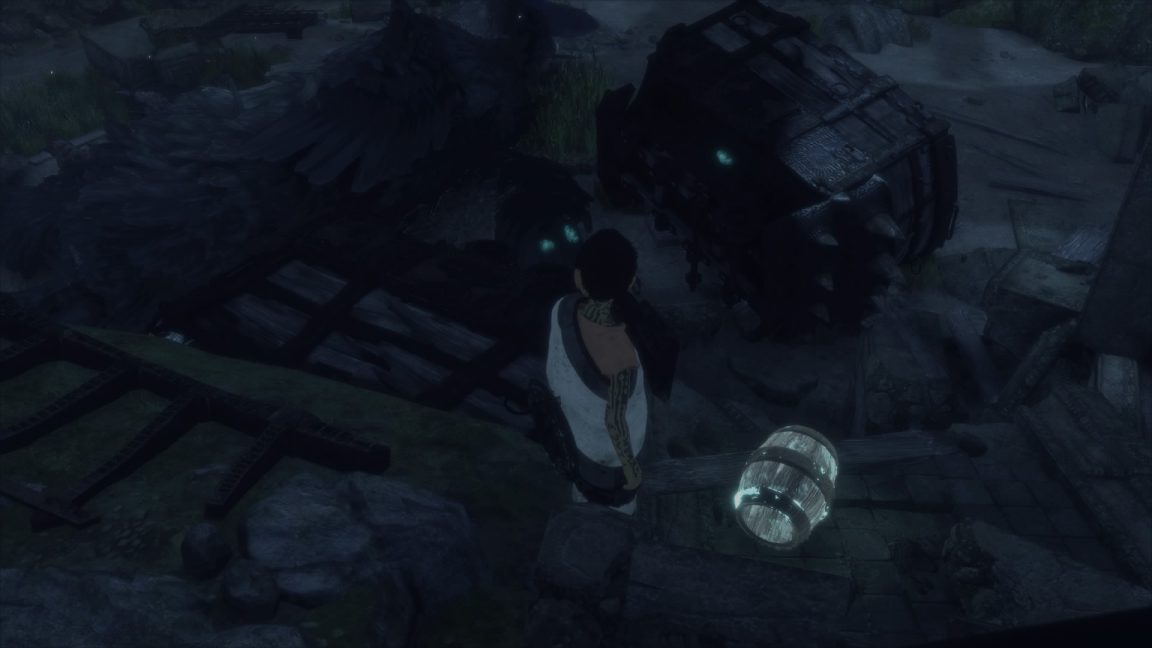 Now climb up the upturned minecart until it collapses. Underneath it are more barrels to feed Trico.