How to use the lifts and escape that rolling cage. 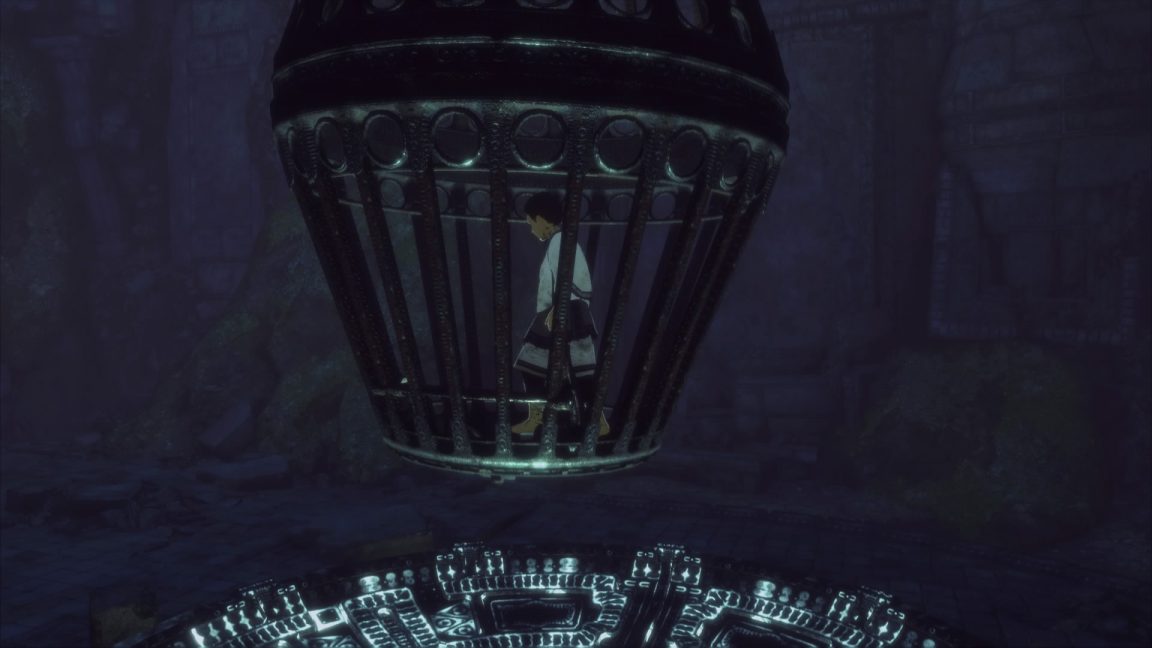 You’re now separated from Trico. Follow the path to the pulsing circles and stand on the one on the right, which will send down a lift. Get in it. 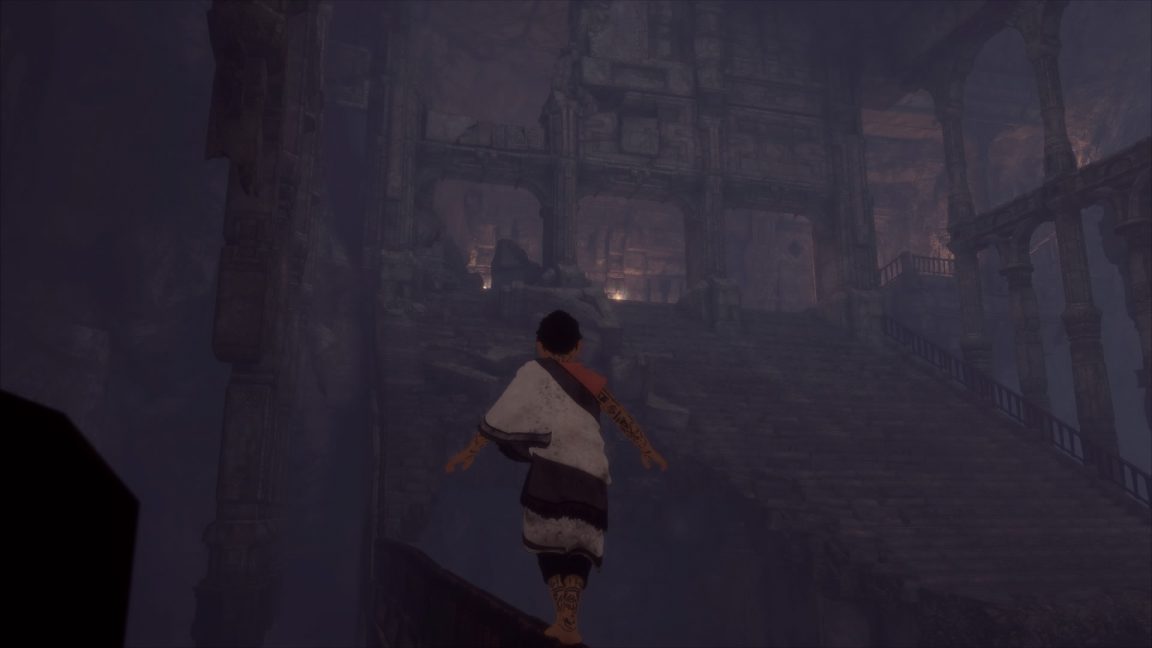 Now walk across the railings, up the broken steps, around the ivy and up the chain, over the wooden bridge and onto Trico’s tail. 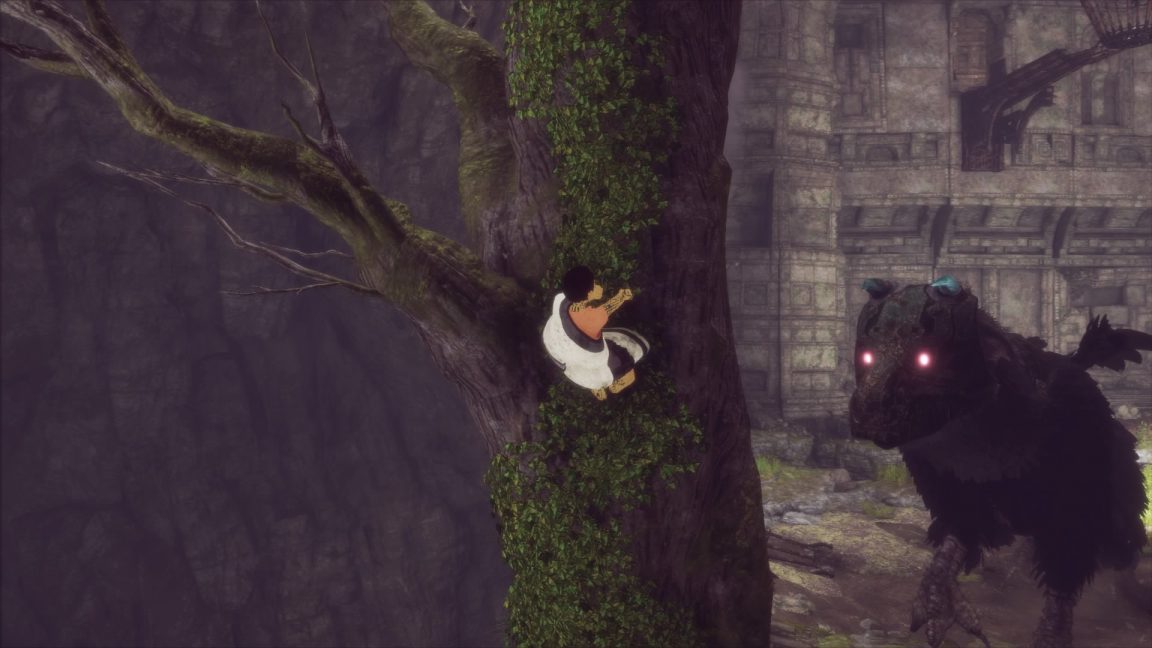 From its tail jump to the tree branch, and then up the tree when the beast starts to attack.

Now walk the rope and onto the next lot of ivy until you can go no further. Drop down into the little crevice, through the gap, and up onto the next ledge. If the beast tries to claw you, go back the way you’ve came so it follows you, then make a run back to the blue ledge and clamber up. 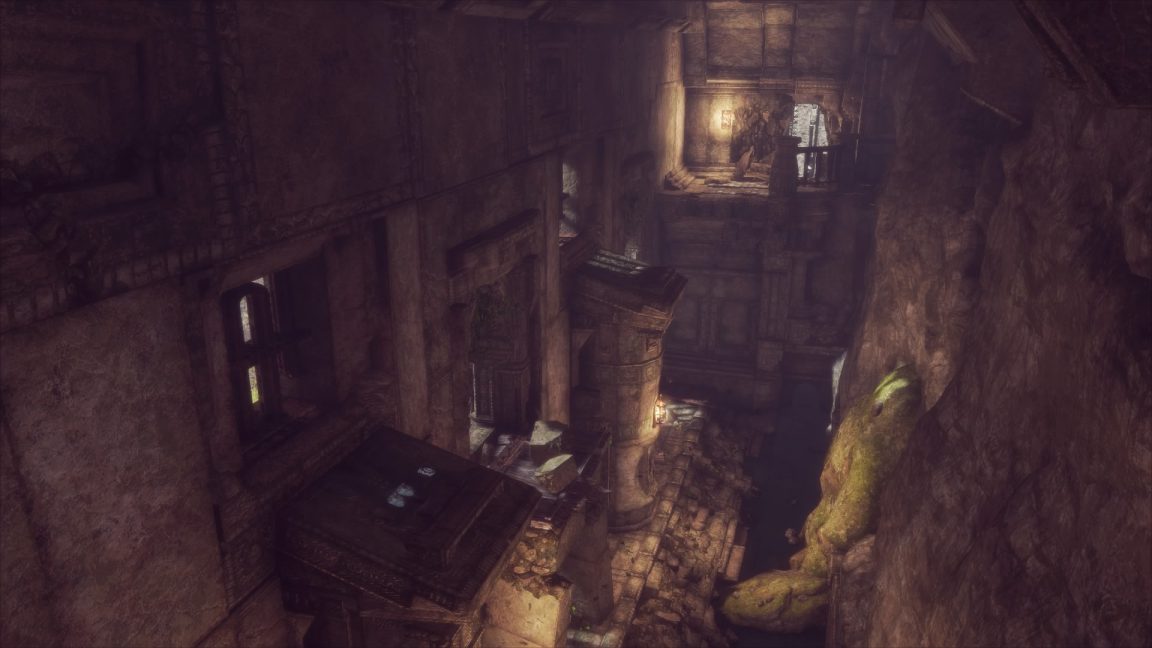 You can now climb down two sets of ladders into a chamber where the beast will poke its head through the wall. Climb up on the pillars on the left, and when the beast sticks its head though, use it as a step to move over to the next pillar. Do this twice and into the next room with a hanging chain. 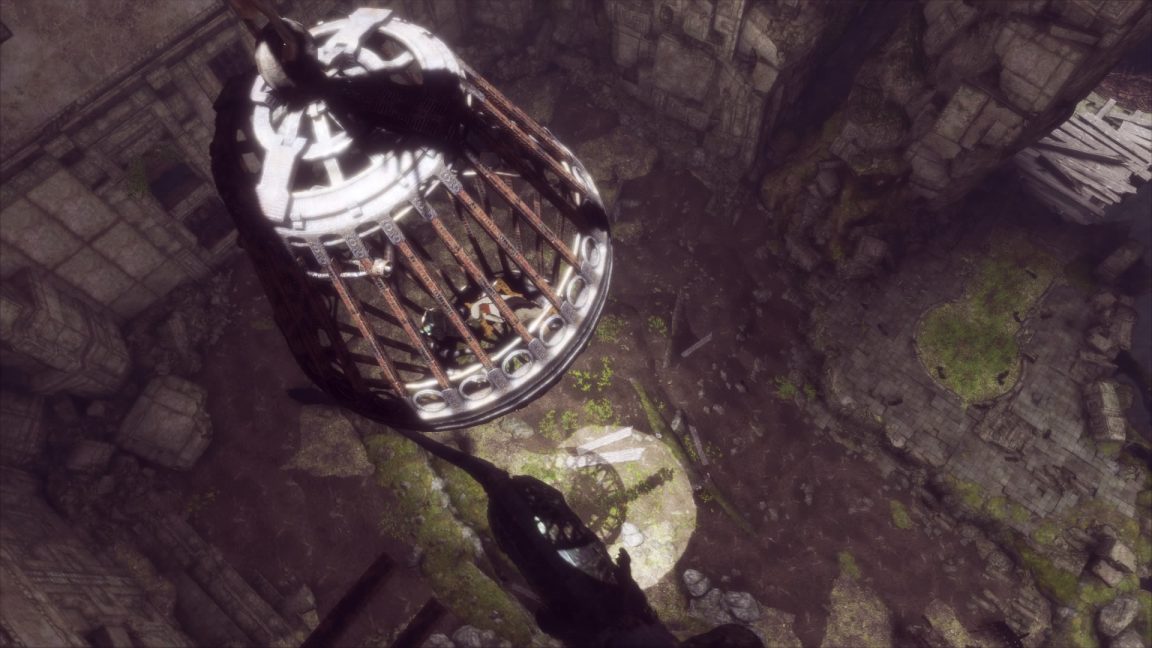 Climb up, around to the cage lift, and get inside.

How to get out of the cage 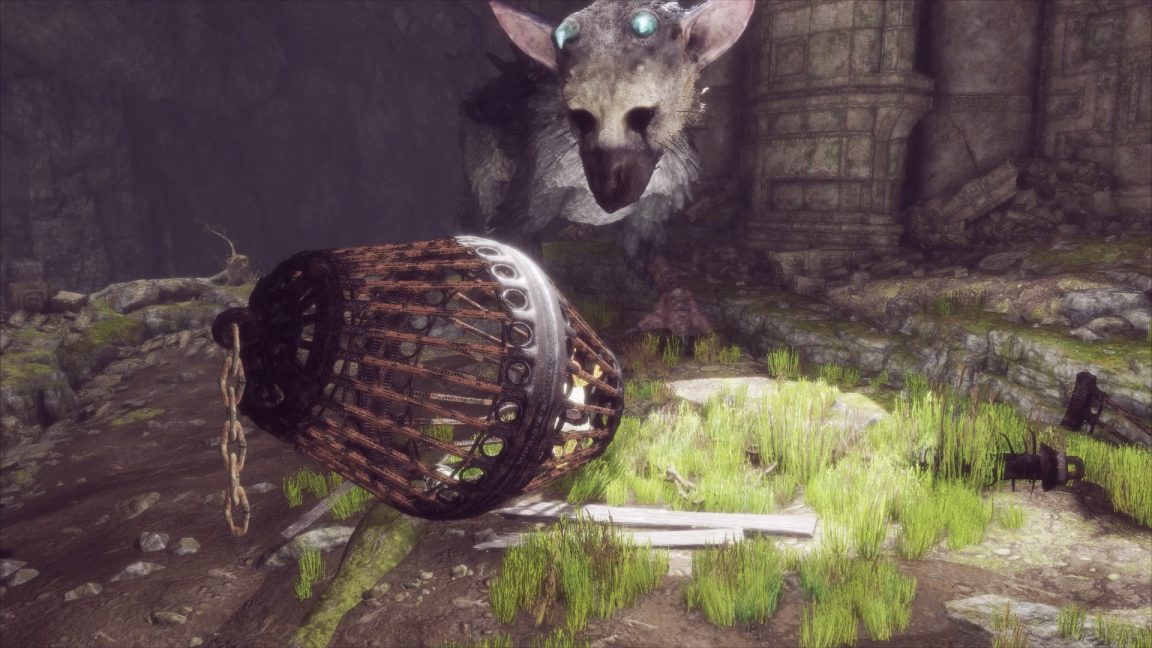 Once on the floor, you’ll have to wait for Trico to arrive. You now need to command it to nudge the cage while you try and steer it to where the beast was laying earlier. 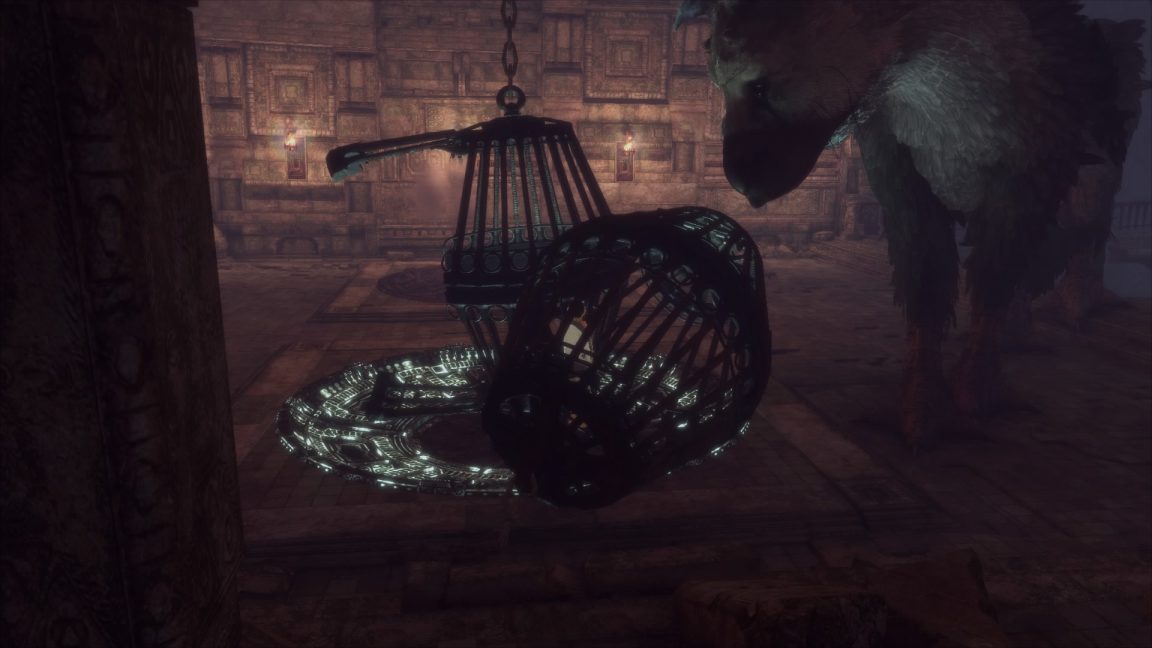 The cage will roll off the edge, fall down, and eventually you should roll it all the way back to the first cage lift you left, opposite the bottom of the grand steps. You’ll now have to feed Trico. Roll over the blue pulsing spot to open the cage doors. 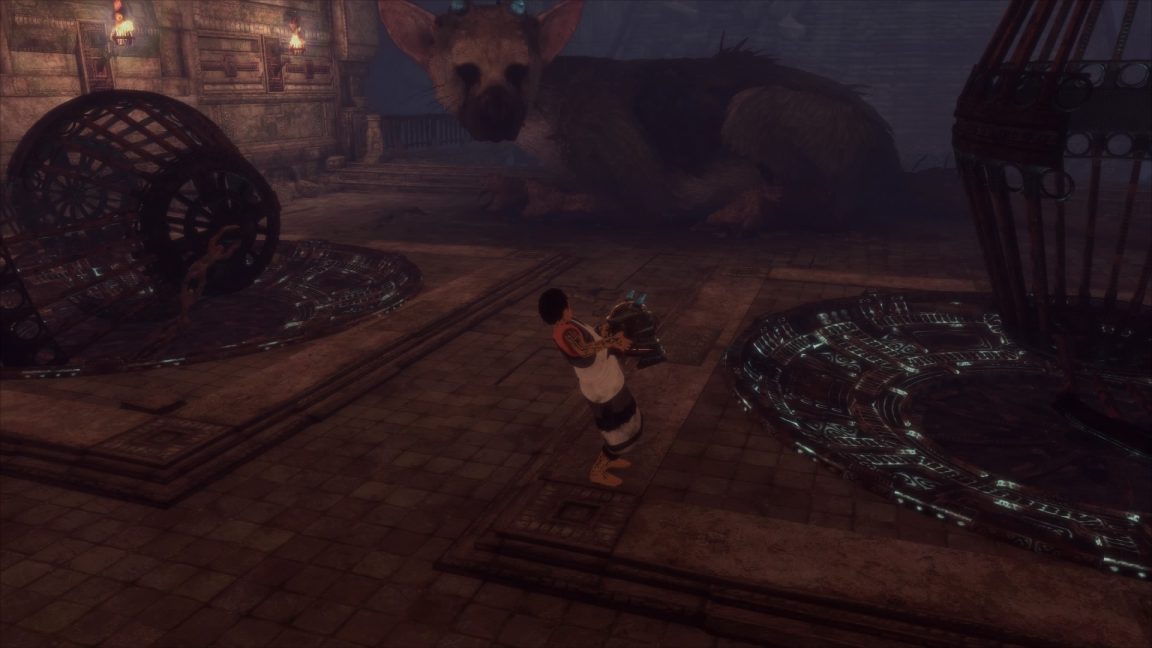 See the helmet that was in the cage you were trapped in? Pick it up and get into the first cage lift. Now travel down to the chamber below and it will automatically fly to the suit of armour. Behind the newly activated guard is a barrel. You’ll need to grab this and get back into the lift while avoiding the guard. Now feed it to Trico. 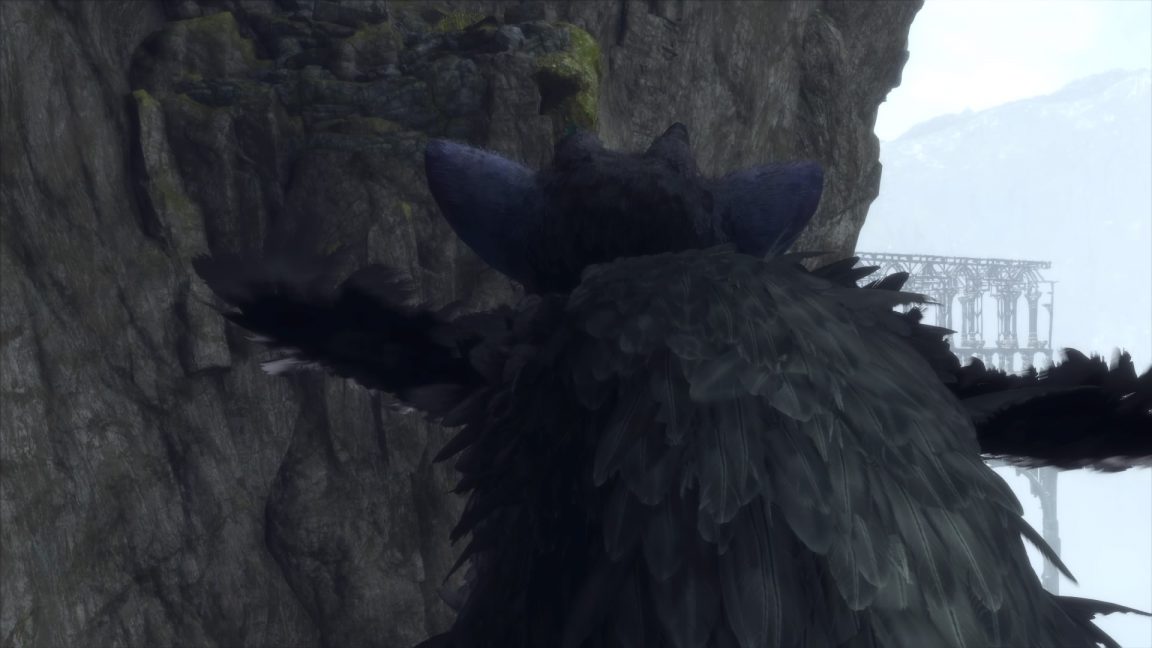 Climb back on Trico and command it to jump and climb and get you up and out of here, back to where you first encountered the beast. Command Trico to jump one last time and it will go through the hole in the cave roof where it first appeared. 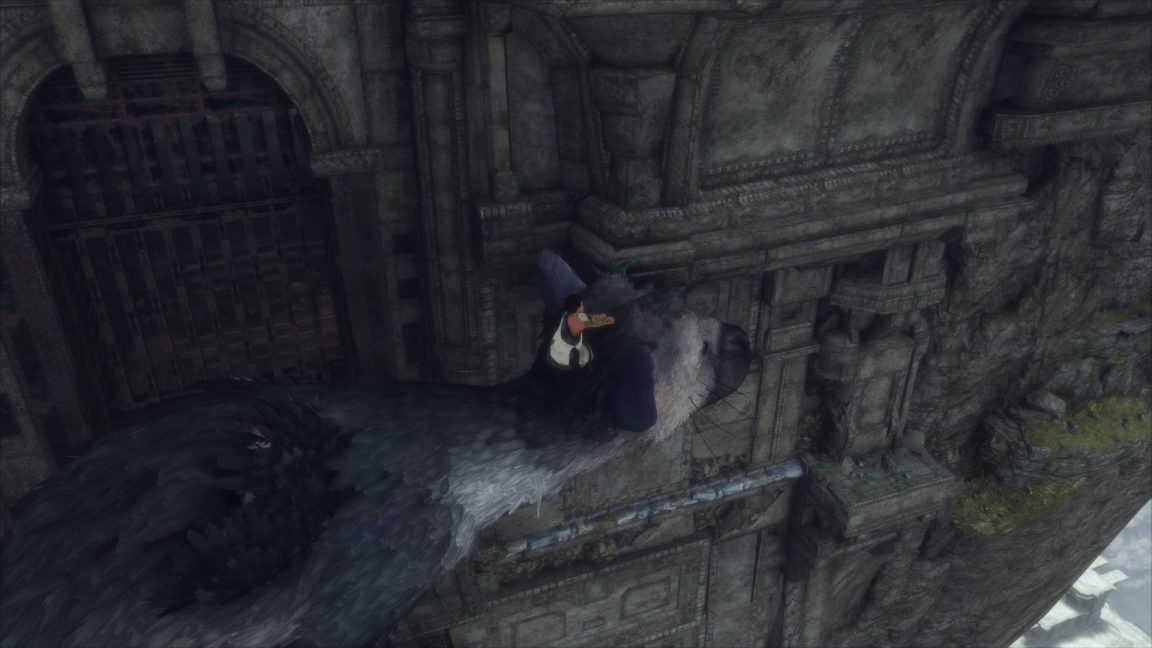 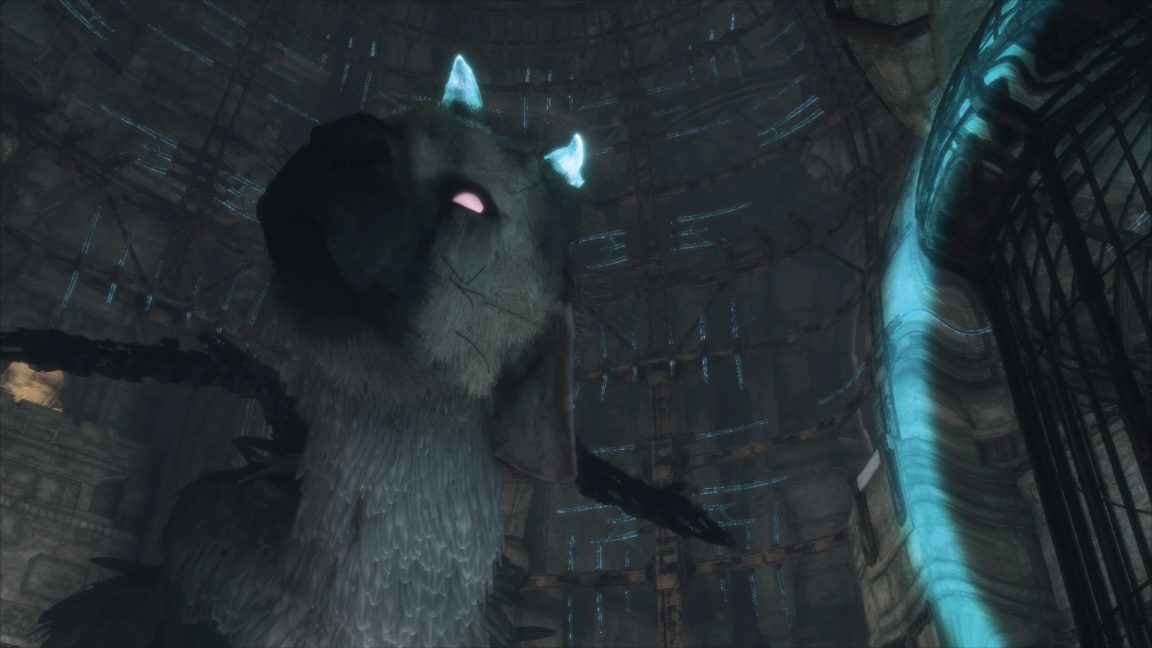 Go through the corridor and drop down to the chamber with the glowing blue cage. You’ll be attacked by suits of armour, but as Trico arrives they’ll get destroyed. You now need to figure out a way of calming Trico down or stopping the blue pulsing beams – or get eaten… 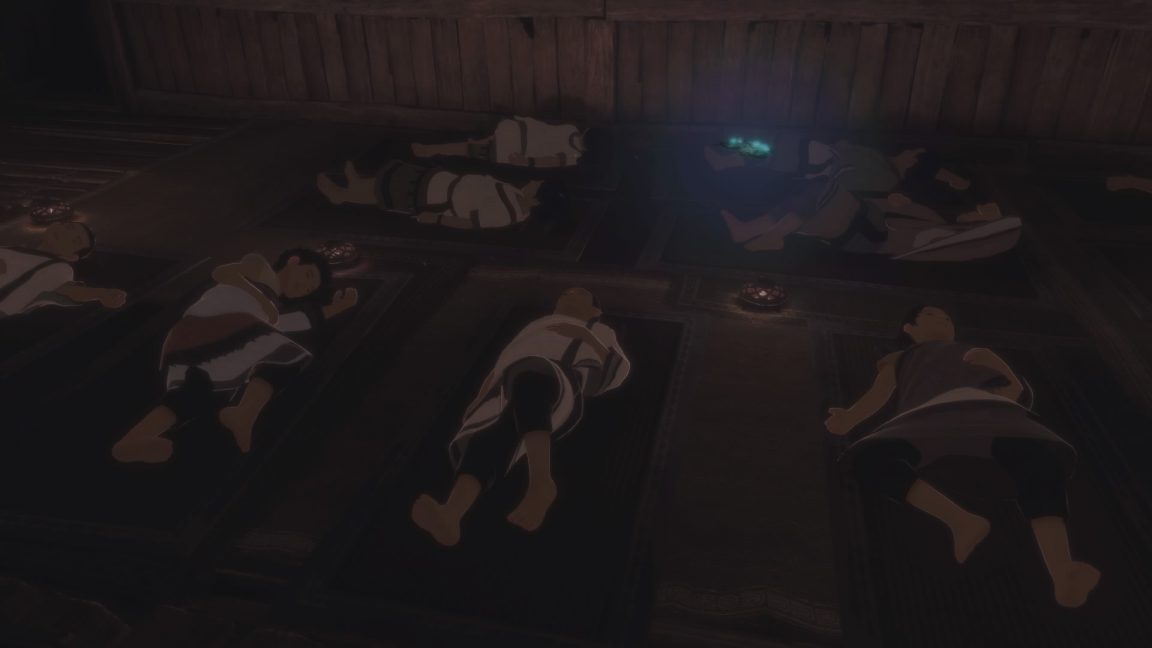 Watch the cutscene to understand the origins story.

Next – Part 14: escape the mineshaft, the army of guards, fighting the beast