There were quite a few indies announced during the PlayStation Experience keynote or shown in quick trailers, so we thought we’d round them all up for you into one post.

Other independent studio developed titles shown today during PSX or on the show floor have been detailed, and while not all are console exclusives, or new announcements, we have posted those below.

A sequel to Defiant Development’s Xbox One, PS4, Vita and Steam title which released in 2015, in Hand of Fate 2, the Dealer has “clawed his way back beyond the thirteen gates to seek his revenge.” The table has changed, but life or death stakes are still in play. As in the original, the game plays out as a tabletop card game, but switches to a full 3D battle mode during encounters. Deck building only gets you so far, as the Dealer controls what order the cards fall in. Hand of Fate 2 will also be released on Steam and Xbox One. 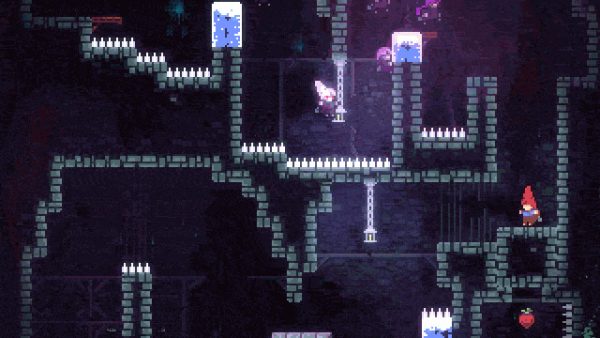 From TowerFall Ascension creator Matt Thorson, Celeste is a single-player platformer about climbing a mountain. According to the developer, reaching the summit of Celeste’s mountain won’t be easy, as players will have to climb through more than 250 stages. These stages include areas like an abandoned city, ancient ruins, cliff sides, and a haunted resort.

The mountain has a lot of history, and not only will players be taking on the mountain, but battling their inner demons in the process. A few quirky characters can be found if you look for them, and you can bring them along for company. ou can play the classic version online for free through the Matt Makes Games website.

Omen of Sorrow is a fighting game, with a setting inspired by literature, myth and horror. Developed by AOne Games, the game features 12 characters, some of which are classic horror monsters such as vampires and werewolves, with a new twist. Players can battle it out in fast paced, classic 2-D style fighting in competitive online or local multiplayer.

Video content shown above is pre-Alpha stage so features, moves, graphics and other assets may not be final.

A top-down team shooter shooter from Lightbulb Crew, Games of Glory features characters that you’d expect from a MOBA mixed with a shooter. Central to the game are clubs which can be created by the player with a custom logo and skins. It is not only coming to PS4, but PC as well which means you can play with your PC pals and against others. Games of Glory is playable this weekend at PSX 2016 and a PS4 closed beta is expected in early 2017. 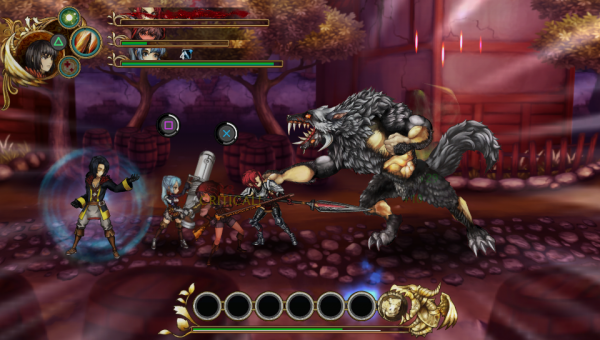 By request, Fallen Legion is coming to Vita and it’s bringing a new story along with it. Developed by YummyYummyTummy, in the PS4 version of the game, players guide Princess Cecille, who has reluctantly become the emperor of a dying kingdom. While Cecille is on a quest to restore glory to the crumbling Empire of Fenumia, the Legate is planning to claim the throne.

PS Vita players will see the events in Fallen Legion from the perspective of the Legate, as he tries to “oust the monarchy and roots out traitors among his army.” New bosses such as the Werewolf will also be included in the Vita version.

From Friend & Foe Games comes Vane, and excellent looking atmospheric adventure game which tasks the player with “unraveling the secrets of an unknown land.” Along the way they will need to find their place in it, all the while, pulling at the “threads of the world to make a change.”

“The shifting sands glimmer with meaning, ancient ruins resonate with power, but a threat billows and looms in the distance. Find your way,” reads the blurb.

In development for almost two years, the developer didn’t wish to reveal much on the game as it doesn’t want to spoil too many details. In the months leading up to release, more details will be provided at a steady rate.

STRAFE, the 90s-themed shooter from Pixel Titans, has roguelike elements, randomly-generated levels, crazy enemies, super secrets and “monster closets” looks like a fun retro shooter. Players just need to grab a gun, teleport into a level and start painting the walls red with blood and gore. The game is also Oculus compatible and coming to PC, Mac and “possibly Linux,” as well.

This news really made us jump for joy. Ys Origin is a prequel to the Ys series and takes place 700 years before the events of Ys I: Ancient Ys Vanished. To be published by DotEmu, which specializes in modern releases of retro games, Ys Origin has been enhanced with brand-new features while “keeping true to the original spirit of the series.” It will be available in Japanese, English, French, Italian, German, and Spanish when it arrives on PS4 and Vita.

Ys Origin isn’t the only game DotEmus is bringing to PS4 and Vita, so say hello to Windjammers. The updated version of the game will feature online multiplayer where players take to the court and throw discs at the opposing goal to score points. They can choose between six different international players, each with their moves and characteristics. It contains five game modes and online rankings and competitive leagues. More information on Windjammers is expected in the coming weeks and months.

Announced in 2014, the 5v5 spaceship shooter Dreadnought went into closed beta back in April on PC, and is a PS4-console exclusive. A closed beta is expected to arrive on the consoles sometime next year and you can toss your name in the hat through here.

Devolver Digital announced the online, melee action title Absolver back in May for PS4, Xbox One and Steam. Developed by Paris-based studio Sloclap, the martial arts action game puts players behind the mask of a Prospect, who has taken a sacred vow and chosen to join the Absolvers.

This elite corps of combatants fight to maintain stability in the world, all the while being monitored by the Guides which rule the world. Players will build their own teams to fight in PvE dungeons or they can battle others in dedicated combat arenas. The Unreal Engine-developed title will be made available in 2017 and will come first to PS4 with exclusive content.

During Sony’s PlayStation Experience keynote in 2015, Tim Schafer took the stage to announce a remaster was coming for Full Throttle. Now, we can get a look at it. Originally released by LucasArts in 1995, Full Throttle is a graphic adventure game which tells the story of Ben Throttle. He’s the leader a biker gang called the Polecats, who gets caught up in motorcycles, mayhem and murder.

The remaster features all new hand-drawn and 3D high-resolution artwork with remastered audio and music. Players will be able to switch back and forth between classic and remastered modes, they can mix-n-match audio, graphics and user interface options as well. It’s headed to PS4 in 2017.

A fast-paced, 4-player local and online party game, Move or Die features gameplay mechanics which change every 20 seconds. Released back in January on Steam, the game has been well received by the PC community and will now make its way onto PS4 next year. Since the trailer above doesn’t show much, head over to the official website or the EU PS Blog for more information.

Developed by Videocult and to be published by Adult Swim Games, this rather interesting looking survival platformer requires fast-paced sneaking in order to catch your own prey or get past large predators. According to the description, the enemy AI is rather cunning, vicious and always hunting you no matter what. So, yeah, its sounds like stealth is needed.

In Rain World, players take on the roll of slugcat who has been separated from their family after a devastating flood. You will need to hunt for food and shelter between downpours that threaten to drown all that lives. You will need to climb through the ruins of an ancient civilization, evade predators, and discover new lands filled with strange creatures and mysteries – all the while trying to reunite yourself with family members.

Rain World has been in development for a few years now, and along with release on PS4, the game is also coming to Steam.

We’ll continue to provide more information and news out of PlayStation Experience 2016 as it’s announced.