Pathologic still isn’t for everyone, but if your idea of worthwhile pursuits includes horrifying vacations in plague-ridden cities that crumble around you as you fruitlessly battle disease, wow: you’re in for a treat. 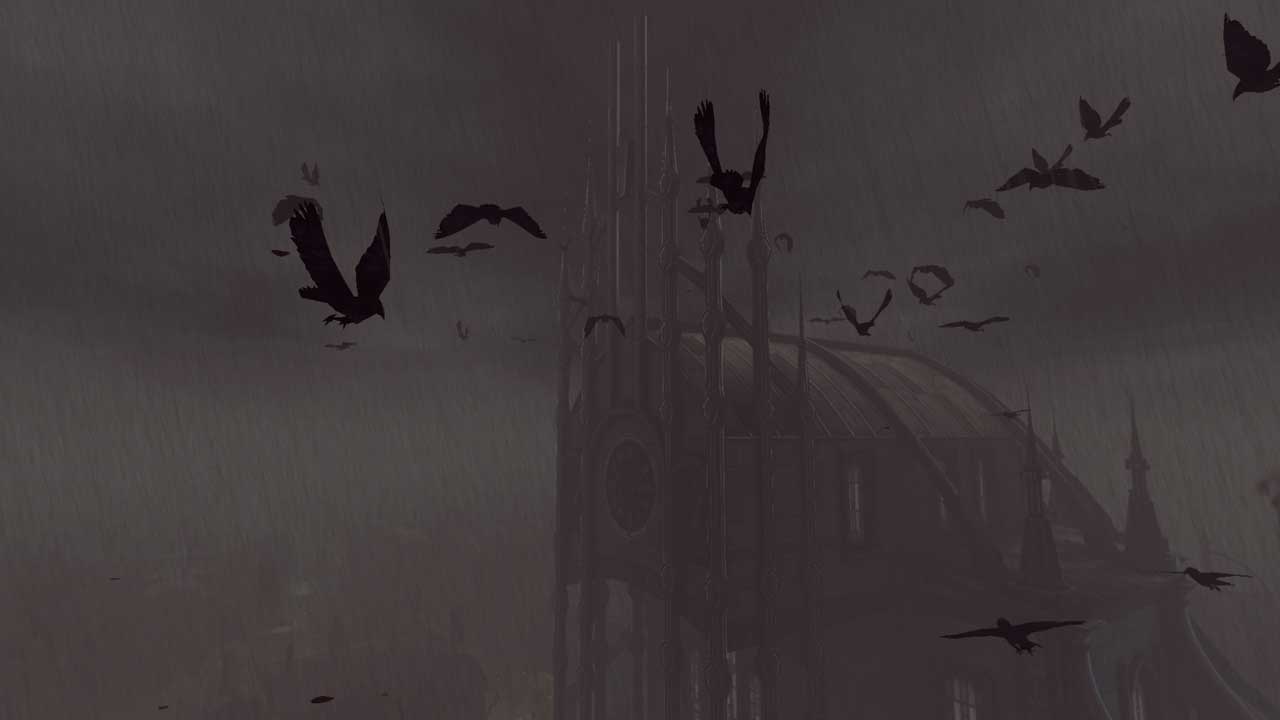 The original Pathologic is a highly-divisive cult-favourite first-person horror RPG about a city gripped by plague, which isn’t really any more accessible now that there’s Definitive Edition which actually runs on modern computers. Fixing the translation issues and updating the textures hasn’t changed the fact that it eschews many design principles considered fundamental in mainstream gaming.

“It might sound as though we hate the player and don’t care if people get the game or not. But it’s the opposite, really: we want to embrace the player and whisper ‘it’s ok’ in their ear.”

For starters, Pathologic has never been interested in catering to your power fantasies. It doesn’t care that you feel cheated by things you can’t predict, inconvenienced and hassled by the structure, and exhausted by the pace. It gives you plenty of freedom, but at the same time, the game’s world and story march on independent of the player’s actions, not in step with them.

Pathologic is a game about a certain time in a certain place, rather than about the protagonist’s efforts, heroic as they may be – and that’s really uncomfortable for those us of who have been gradually conditioned to respond to instant gratification by games that put us in the spotlight, give us prizes for not accidentally swallowing the control pad in the opening cutscene, and bend over backwards to be reactive to us.

Also, absolutely everything in Pathologic is creepy, horrible, unnerving or all three, from start to finish.

There’s a certain type of person, myself included, who reads an introduction like this and says “hot damn, this is infinitely my shit”. And so here we are. 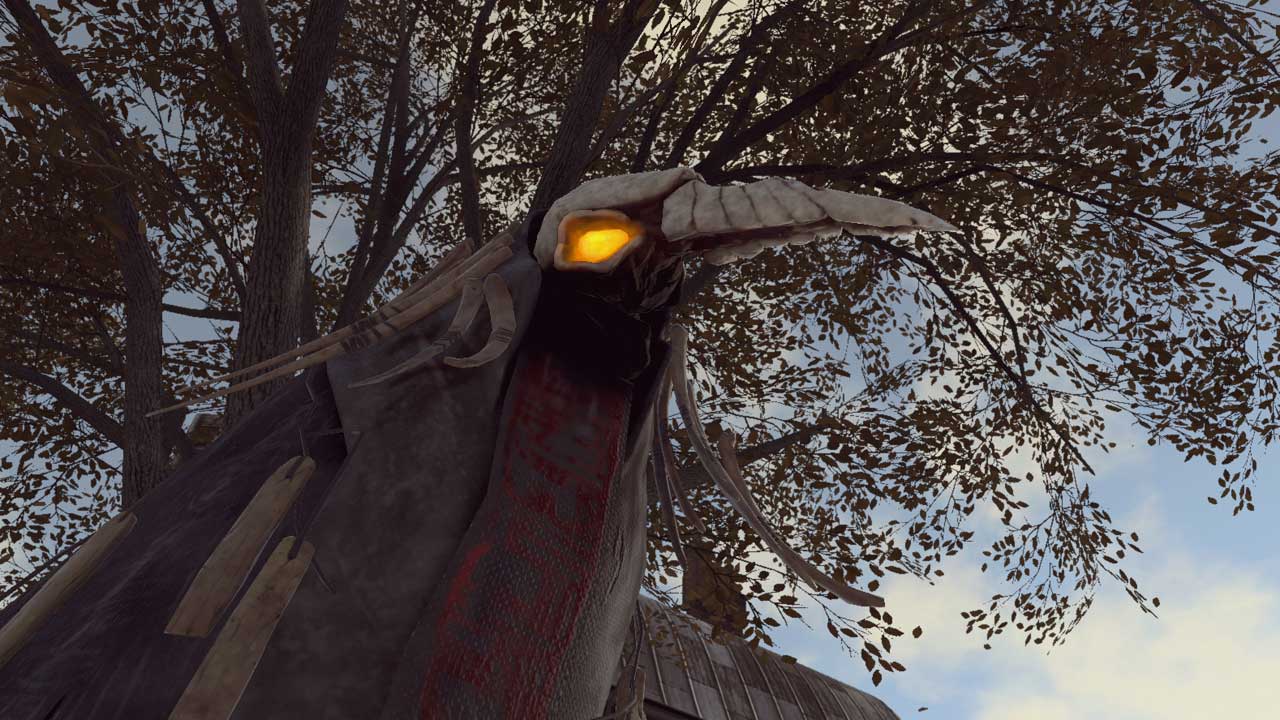 If you’d like to know more about Pathologic, our pals at Rock Paper Shotgun have what you need. This wonderful three-part series dives deep on what makes it special, while this interview includes some illuminating revelations on Pathologic’s origins as an RPG campaign setting and a stage play, which was enough to make me put my tea down sharply and exclaim “by jove, it all makes sense now.”

I could write on and on about Pathologic’s setting and story, but that was the past: developer Ice-Pick Lodge is back with a new version. Originally conceived of as a remake, the project eventually split into two streams. First came the currently-available Pathologic Classic HD, a remaster which restores and corrects but does not add, expand or alter, and is designed to preserve the original experience.

Then there’s the new Pathologic, a all new game which shares a setting and a number of concepts with the original, but tells new stories, or perhaps different perspectives on the same stories.

Today, Ice-Pick lodge mailed out an early alpha demo of the new Pathologic so Kickstarter backers can check out how the new game is progressing. Called The Marble Nest, it’s a standalone story of a single day rather than a slice of the actual game, and is missing several features. It’s also rough as guts, of course, as real alphas usually are, and as such nobody should think of it as representative of the finished product.

But despite all that it manages to be communicative of something I want to bring home to my nest of bones and stolen trinkets, prop up at the tea table and offer a slice of cake to. The atmosphere, writing and sound had me doing chef kissy fingers at all the times I wasn’t leaning away from the screen and groaning as I suffered through constant horror and disaster. There were dozens of little touches – a character looking up at me as I peered out a window, the warm huff of a bull’s breath – that disarmed me.

In short, I had a great time having a horrible time. 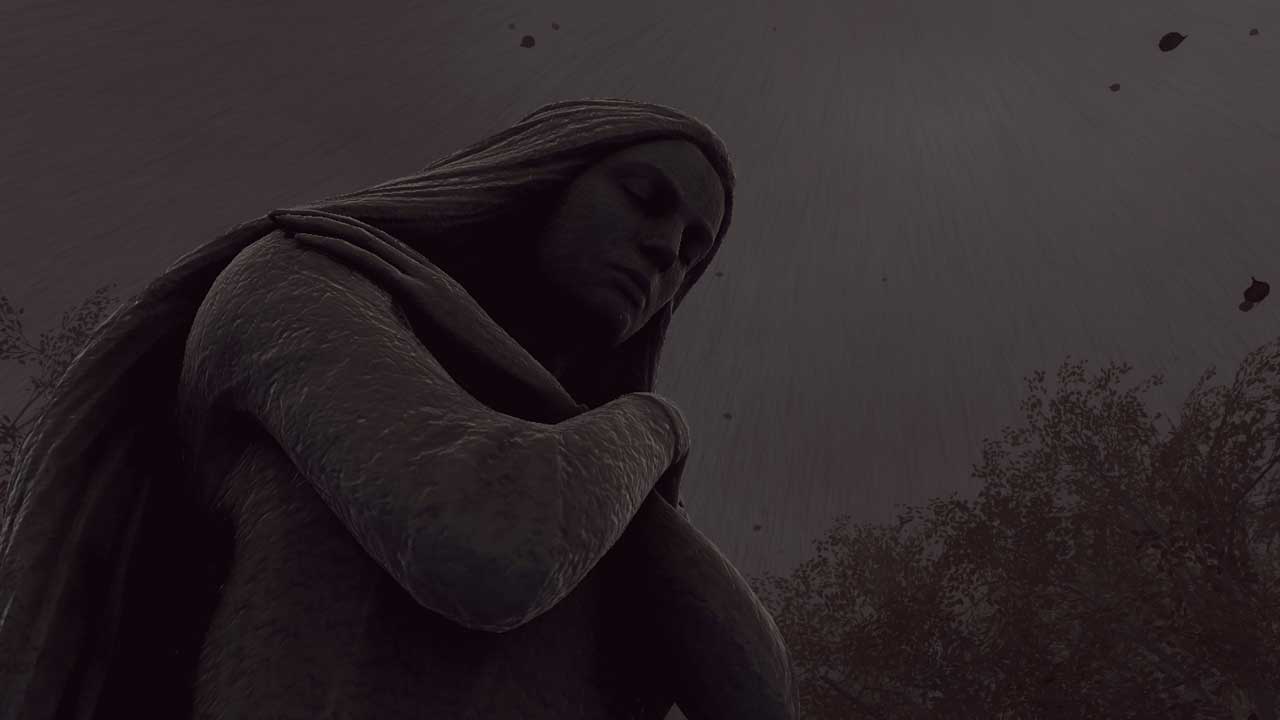 The demo opens at the end of a very bad day, in either a dream sequence or something more sinister, in which the player learns that their character, the Bachelor, completely fucked everything up in the past 24 hours, leading to a catastrophic outbreak of the plague in the one district that had been successfully quarantined.

In another game, this frame narrative would give you hints on how to reverse the district’s fortunes, but in Pathologic, it’s just there to tell you that you’re going to completely fuck everything up. This is something we triple-A conditioned gamers find difficult to accept, but it’s part of what makes Pathologic so special: there’s no “perfect” course. Every decision is a compromise, and sacrifices are always necessary. You will fuck up. Fucking up is the only way to move forward. 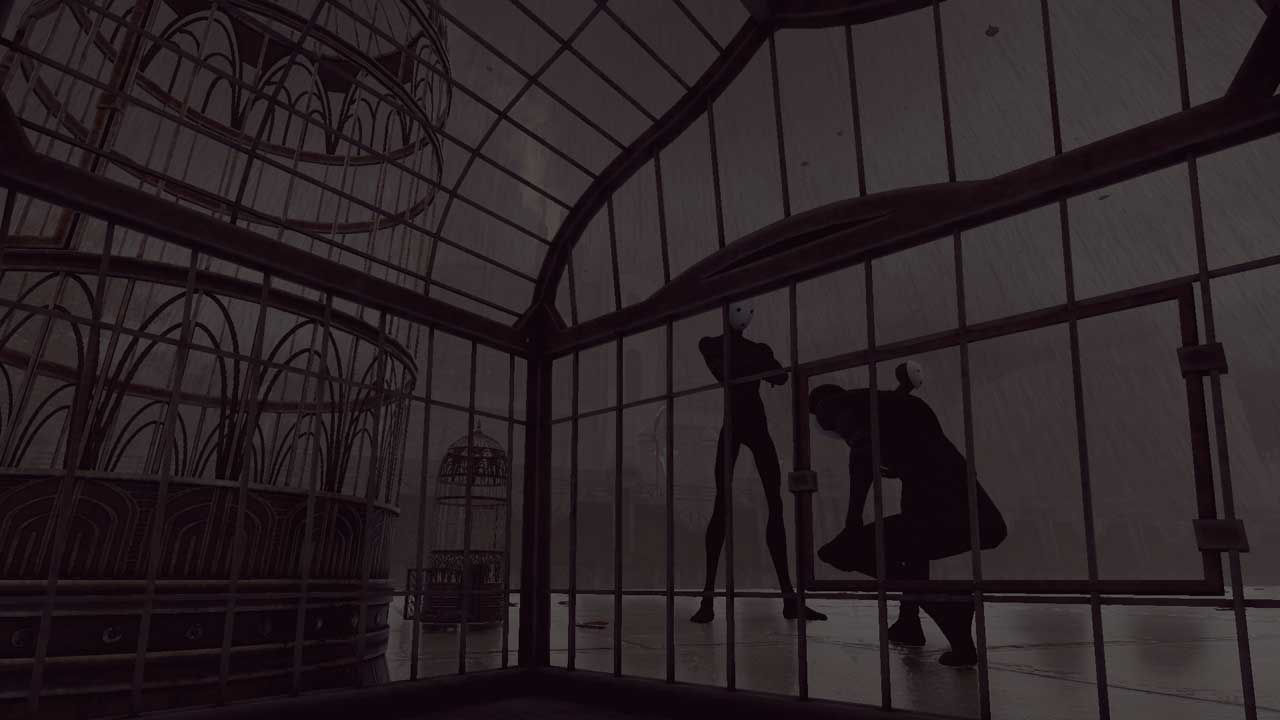 Mime artists are creepy even in ordinary situations.

Here’s a small example: in one dialogue sequence I had three options, which included offering a freshly-orphaned boy a home, or asking him for more information about important events in the district. In a bit of a panic about finding patient zero, I pressed for information – and lost my chance to befriend the boy. Playing through again, I tried it the other way – and didn’t get my information.

In almost any other game there’d be a way to do both, or some concrete benefit for taking the designated “moral” response. But Pathologic pulls no punches: whatever you do, it sucks, and you’re stuck with it.

“Most of the dialogues are designed to be ‘talked through’ only once. You will only have one chance to get an answer or even an important quest item with this character,” producer Ivan Slovtsov told me.

“There are no do-overs, but there might be other options to get what you need. This is a bold design decision that is made to achieve two goals. Firstly, we want the player to actually pay attention and consider every choice in a dialogue, not just blindly click through them to get all the content.

“Secondly, we want to make the game world and characters more lifelike. Rather than being ‘quest and reward’ dispensers, the characters in Pathologic act more or less like real people would—which means that they owe the player nothing.” 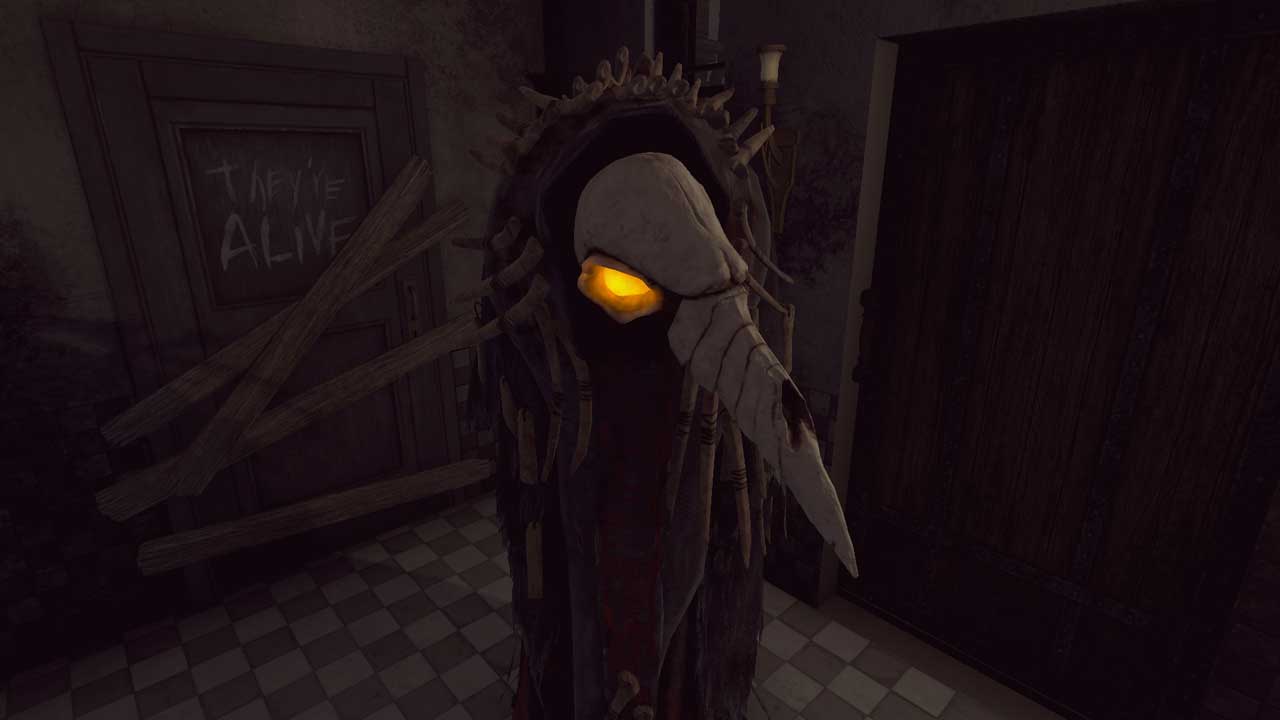 The Executors return in all their creepy glory.

Even if you know what you’re doing, because you have a guide or you’re replaying, there’s no perfect path. While Slovtsov did say that the game balance is still in development (possibly my ignoble failures were not entirely my fault: I enjoy grasping at this straw), you don’t play Pathologic in order to win. That’s not the point of it.

“The question is if there was a coherent story in this experience for you,” Slovtsov said.

“Some stories in the demo – and in the main game – don’t actually have ‘happy endings’ even if you see them through to the end.” 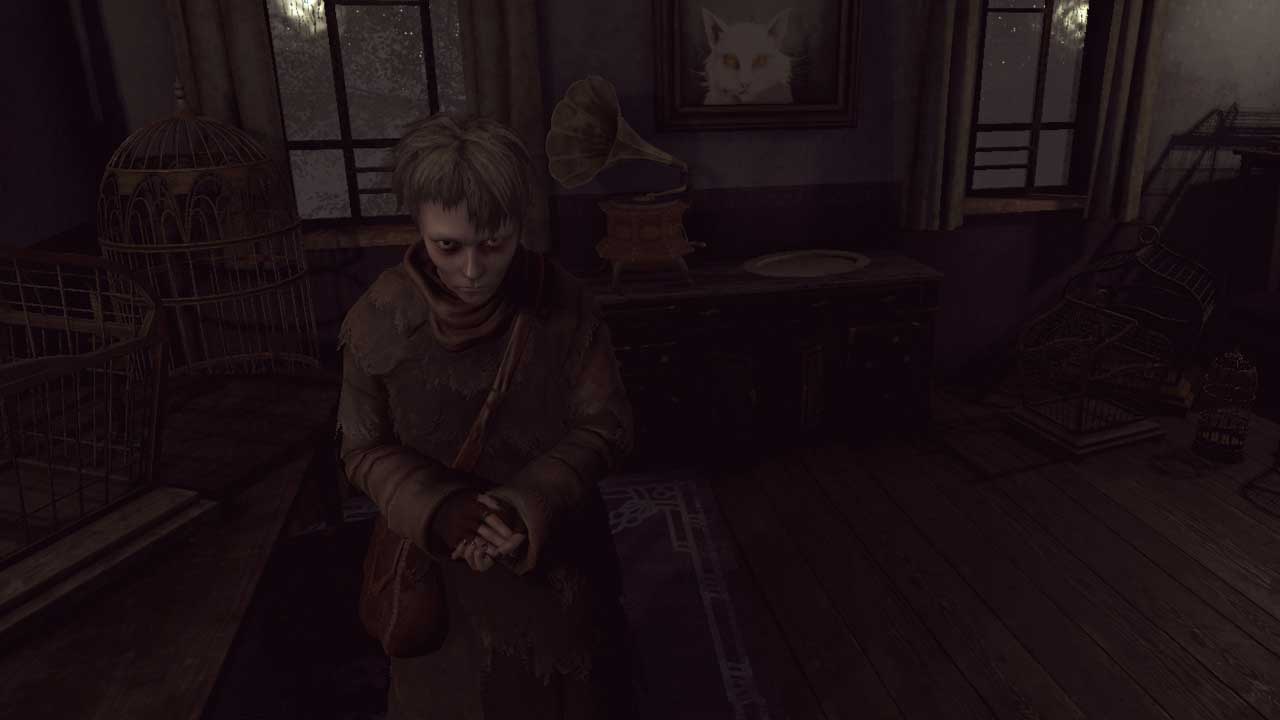 This is going to be such a huge stumbling block for so, so many players, because, well, we want to win; we want to have fun; we want to feel like we’re doing well and being rewarded for it. In Pathologic, it’s really hard to figure out in advance how to get the best result – and so often, there just isn’t a best result.

“This is a huge issue that we want to tackle,” Slovtsov said. “As modern gamers, we’re ‘trained; by other games that there always exists the best – read ‘correct’ – way to do things. And if you fail to find it, you are playing the ‘wrong way’.

“We, on the other hand, try to design the game around the player’s failure first – so that it would stay interesting and engaging even to those who tend to arrive too late to places or get all the wrong answers to all the questions.

“So the toughest task for us right now is to ‘teach’ the player that failure, or not getting all the things you want, is okay. Somehow we have to introduce this play style and way of thinking to the player without using ‘risk-free’ tactics like infinite time or the ability to solve any problem with quick-loading.”

There’s no saving or loading in the demo, by the way; it’s a technical limitation of this build, but it’s a safe bet Pathologic won’t let you quick-save and quick-load your way around its obstacles. It’s not quite trial and error gameplay, because that implies trying repeatedly until you get it right. In Pathologic, you just get it wrong and keep going.

“Generally we want to make a game where ‘rolling with the punches’ is a valid choice – often more valid than reloading every time,” Slovtsov said.

“Yes, in Pathologic, you won’t save everyone and will make terrible mistakes, but that’s okay. This is a game about being imperfect and dealing with the consequences of your own or others’ actions and inactions.” 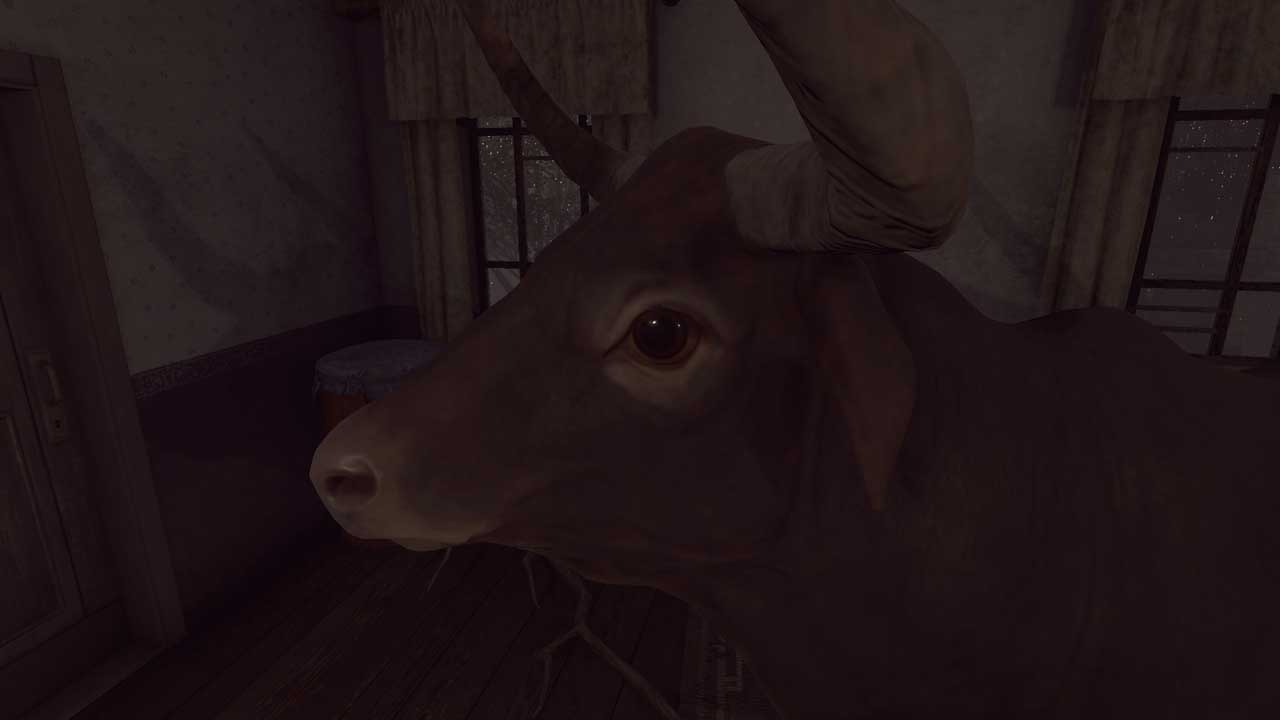 An abattoir dominates the town, and cattle are an important central symbol.

Does this add up to fun? For a lot of people the answer is going to be no. But is reading heavy literature fun? Is watching a bleak French film fun? Is engaging with high-concept art fun? Entertainment and art don’t always have to be pleasant to be interesting and worthwhile. Pathologic leverages gaming as a medium because it can do things a book or play could not (a week-long visit to an installation with live performers could, maybe), but it isn’t aiming to give you the easy thrills we associate with even grimdark and wordy mainstream games with artistic ambitions.

Nevertheless, Ice-Pick Lodge is making a new Pathologic, and remastered the old one, because it wants to tell the story of this place – and that means it doesn’t want the player to feel punished for engaging.

“It might sound as though we hate the player and don’t care if people get the game or not,” Slovtsov said.

“But it’s the opposite, really: we want to embrace the player and whisper ‘it’s ok’ in their ear while pulling them through the hellish ride that is Pathologic, making it hopefully a trip to remember. And now I sound creepy.” 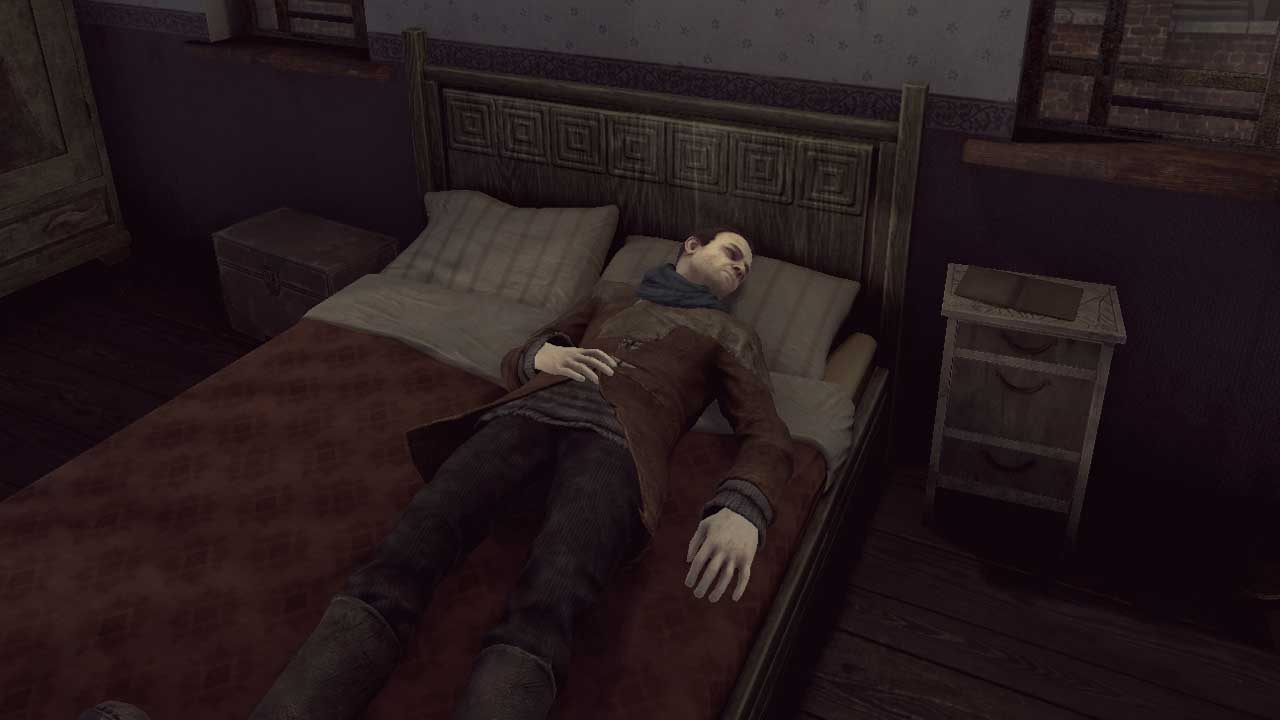 Shit. Shit. Was this my fault? Shit.

At the end of the Pathologic demo, or of Pathologic Classic HD, and every likely at the end of the new Pathologic, many players will be left wondering just what in the hell happened. Once again, where mainstream gaming focus tests and simplifies to ensure its see-Spot-run stories are perfectly clear even to those hammering the skip button on cutscenes, Ice-Pick Lodge is comfortable leaving room for you to take you own readings from its symbolism, allusions and metaphor.

“There are many aspects of Pathologic lore and story that work better without a clear ‘correct’ answer. Think of it as you would think of David Lynch movies,” Slovtsov said.

“Would you bother asking why the six men are getting sick six times – or would you simply experience it?”

This is my advice for anyone thinking of checking out Pathologic in any of its incarnations. Just experience it.