The Advertising Standards Agency in the UK has ruled in favour of Hello Games in the recent investigation about the game’s supposed misleading Steam page. 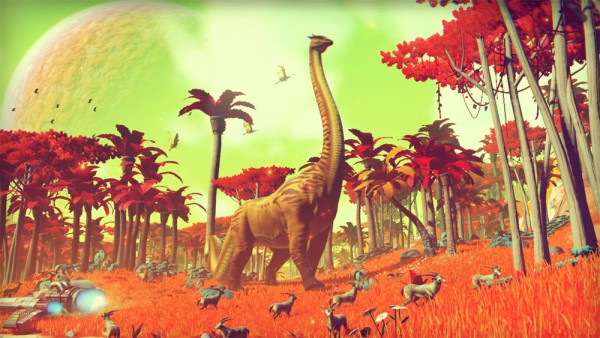 Following the launch of No Man’s Sky, a number of players filed complaints in the UK with the Advertising Standards Agency, prompting an investigation.

The complaints accused Hello Games of misrepresenting the game on its Steam page, posting screenshots and videos that did not show actual gameplay elements, particularly when it came to large-scale space fights, as well as showing a different graphical look to what the game had at launch.

After reviewing the Steam page, contacting both Valve and Hello Games, the ASA ruled that the ad did not breach advertising codes. In a very lenghty response, the ASA broke down the major concerns raised and its ruling regarding each of them.

Hello Games’ argument largely relied on saying that due to the procedurally-generated nature of the game, it would be hard to recreate scenes from the screenshots/videos in-game, just because of the fact that everything players see in game is determined by an algorithm and thus would be impossible to replicate.

“We understood that the screenshots and videos in the ad had been created using game footage, and acknowledged that in doing this the advertisers would aim to show the product in the best light,” said the ASA.

“Taking into account the above points, we considered that the overall impression of the ad was consistent with gameplay and the footage provided, both in terms of that captured by Hello Games and by third parties, and that it did not exaggerate the expected player experience of the game. We therefore concluded that the ad did not breach the Code.”

Responding to specific complaints, such as the very limited trade interactions, and the lack of cross-faction fighting over territories, the ASA said, “In relation to the claim “trade convoys travel between stars”, the footage provided by Hello Games showed trade ships ‘warping’ into systems after travelling between solar systems. We therefore understood that this feature existed in the game.”

“With regard to the claim “factions vie over territory”, we considered that consumers would understand from this that more than one faction would be present in the game, holding specific territory, and that there would be aspects of the game relating to tensions over territories and faction activities.

“We understood that players could interact with three different factions, who occupied specific areas, and could take part in battles between opposing factions (which would increase their reputation with the faction they defended). Noting the explanation and footage provided by Hello Games, we did not consider that this description differed materially from the relevant gameplay features,” the report went on.

As for the changes in UI, and the point that store screenshots don’t look quite as good as the final game, the ASA said the game’s actual visuals look better than what’s available in these screenshots. The report said that graphics quality largely depends on the specifications of the PC running the game. There were some instances where screenshots had a higher fidelity than anything available in the game, but the ASA said differences weren’t big enough for them to be misleading.

As for the UI, the ASA said disparities between screenshots and actual gameplay are only cosmetic. “We understood that the user interface design and the aiming system had undergone cosmetic changes since the footage for the videos was recorded,” the report said.

“However, we did not consider that these elements would affect a consumer’s decision to purchase the game, as they were superficial and incidental components in relation to the core gameplay mechanics and features. We therefore did not consider the ad was likely to mislead in that regard.”

The report is worth reading if you’re interesting in how each of the concerns raised by complainants were responded to. It’s available at the link above.