The Black Friday deals certainly haven’t stopped coming over the weekend and we’re here to take a look at some of the best that today had to offer, including some very nicely priced PS4 and Xbox One consoles as well as a Halo 5 Collector’s Edition reduced by over £100. Let’s get started.

This post will be dealing with gaming deals but if you’re interested in checking out various techy or non-gaming related deals, head over to Jelly Deals where we’ve been keeping track of deals on everything from TVs to Chromecasts. 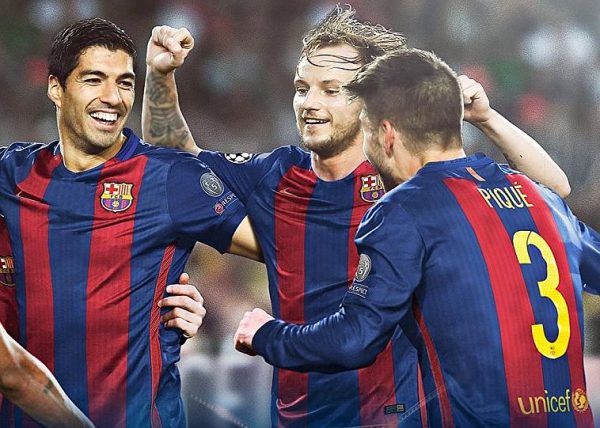 Gather ‘round football fans – or at least the football fans who don’t subscribe themselves to the FIFA side of things – since Pro Evo 2017 is down to its lowest price yet. At TheGameCollection you can nab an Xbox One copy for £24.95 while stock lasts while over at Amazon UK, you’ll get a PS4 version for £27.99.

Pro Evolution Soccer 2017 on Xbox One for £24.95 from TheGameCollection 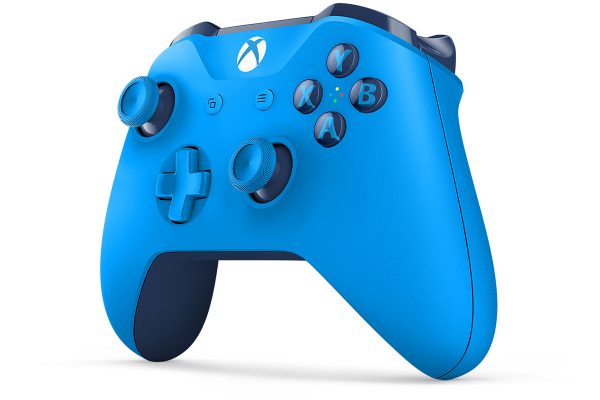 Now that Microsoft has revised its standard Xbox One controller to include bluetooth, you can celebrate that fact by going all-in with the blue theme and getting this slightly garish entirely blue Xbox One controller which includes bluetooth for £34.99 from GAME. Great, now I’ve got that Eiffel 65 song stick in my head.

Xbox One Blue controller (with Bluetooth) for £34.99 from GAME 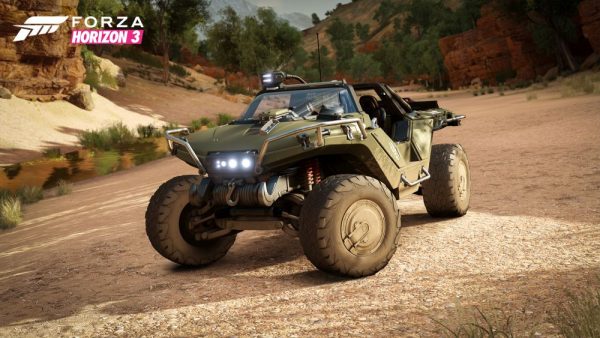 Forza Horizon 3 is my favourite racing game since Burnout Paradise. It’s not quite as insane as Paradise but it’s also not all that far off. It’s a gorgeous realisation of an open-world driving game set on the coast of Australia. No DJ Atomica in sight though. Anyway, you can grab an Xbox One copy of the game for just £23.99 at Amazon UK right now and you really, really should. 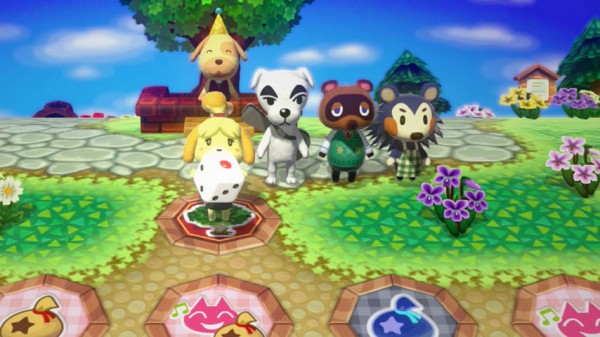 You may not want to play Animal Crossing’s answer to Mario Party all that much, but getting the version that comes with a set of amiibo cards as well as amiibo figures for Isabelle and Digby for £7.95 is good value however you cut it. It’s available at TheGameCollection while stock lasts.

Animal Crossing: amiibo Festival with Digby and Isabelle amiibo for £7.95 from TheGameCollection 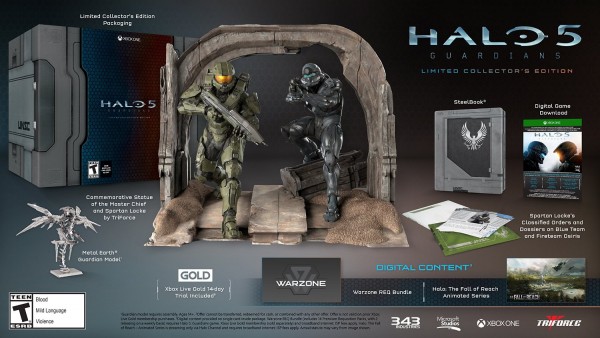 GAME is offloading its remaining stock of the Halo 5 Collector’s Edition for £30 right now. That’s the big-box version that comes with a massive statue of Master Chief and Locke along with a litany of other trinkets. This one was originally £135, so you may have passed it up at launch, if so you can grab it now. Stock has been going in and out of this one though, so if it’s not immediately in stock, check back later. 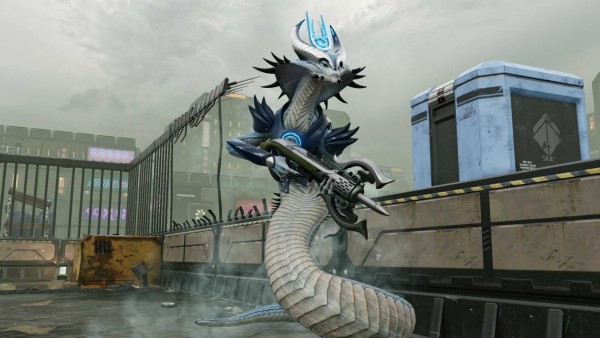 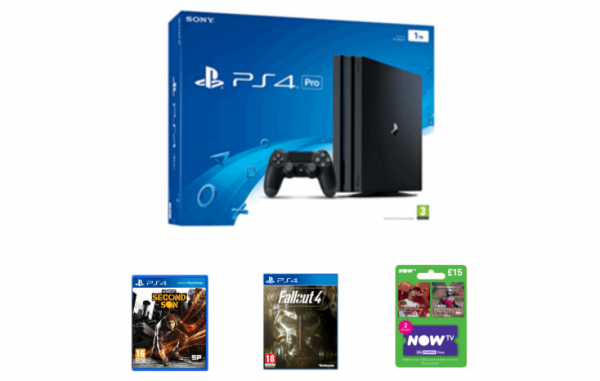 Okay, time to look at PS4 bundles for the UK. GAME and Argos are up today with their respective offers of PlayStation shaped boxes with games and other bits. Firstly, if you’ve been after a PS4 Pro console, GAME will sell you one for £349.99 along with copies of Fallout 4, inFAMOUS Second Son and a NOW TV pass thrown in. It’s not quite the bargain basement pricing you may be hoping for but it’s the best PS4 Pro bundle we’ve seen this week.

PS4 500GB Slim with Call of Duty Infinite Warfare and The Division for £209.99 from Argos 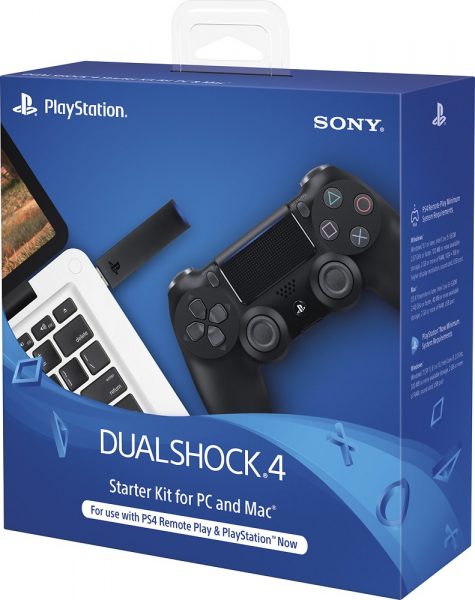 Best Buy is currently offering a bundle of a new-style DualShock 4 controller along with the USB wireless adapter that enables users to play PC and Mac games using the controller. That set will currently set you back $39.99, so you’re essentially getting the PC adapter for free.

American bundle time now, starting with Xbox One S consoles. If you’re after a 500GB console, you can head to Target right now and grab a bundle of an Xbox One S 500GB with Battlefield 1 and a 3 month Xbox Live Gold membership for only $212.49. The price will discount once you add the bundle to your basket.

If you’re not satisfied with that offer, then check out eBay’s offering of an Xbox One S 500GB Minecraft bundle along with a copy of LEGO Star Wars Force Awakens Gold Edition for $249.99.

Still not satiated? Then let’s go bigger. You can pick up a 1TB Xbox One S console along with Gears of War 4, Metal Gear Solid 5: The Phantom Pain and an extra controller for $299.99 right now.

Xbox One S 1TB with Gears of War 4, extra controller and Metal Gear Solid V: The Phantom Pain for $299.99 from eBay

On the other side of the playing field, we have some PS4 bundles. You can currently pick up a PS4 Pro 1TB console at Amazon Us for only $339.99, which is pretty nice. Alternatively, you could head to Best Buy where you’ll get a PS4 500GB Slim with Uncharted 4, Call of Duty Infinite Warfare and Modern Warfare Remastered, all for $249.99. As a bonus, that price will go down to $224.99 if you checkout using VISA.

That’s all for today, folks, but we shall return tomorrow to scope out all the best deals and price cuts for the 1996 hit movie ‘Cyber Monday’. If you want to stay as up to date as possible with the Black Friday deals as they arrive, head over to Jelly Deals or find us on Twitter or Facebook.