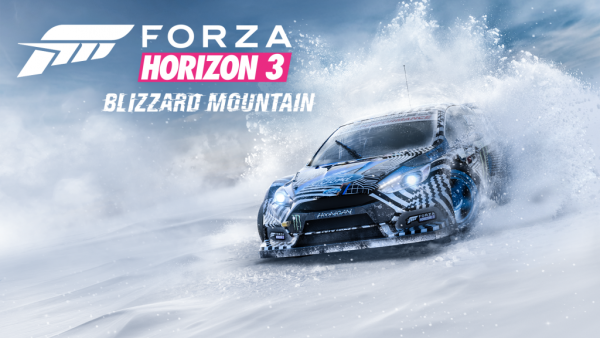 Microsoft has announced the name and other details about the first big Forza Horizon 3 add-on. It’s called Blizzard Mountain, and it adds the snowy alpine mountains to the game, for the first time.

Blizzard Mountain comes with eight new vehicles (including a new Barn Find) as well as new race events designed specifically for the DLC. There are over 50 events and challenges, all part of the new King of the Mountain campaign.

Hill Climb, Descent, and Blizzard race events are among the new race types, in addition to new Bucket List, Blueprint, and Rival events. You’ll be able to earn 28 new achievements worth 500 points. In typical Horizon fashion, you’ll also have more bonus board to smash and beauty spots to explore.

If you prefer to use your existing vehicles to explore the new DLC, you’ll be able to upgrade their tyres to snow variants.

Blizzard Mountain is out December 13.