Beyond Good and Evil 2 is a serious project for Ubisoft and was never actually cancelled, according to the game’s creative director. 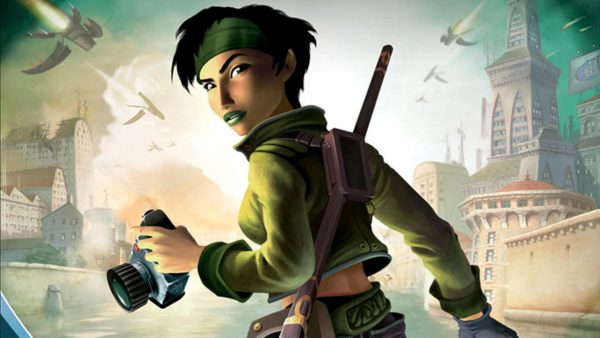 You no doubt remember the Beyond Good and Evil 2 images creator Michel Ancel shared on his Instagram account last month. It was concept art from the game, and managed to reignite fans’ passion for the long forgotten sequel.

According to Ancel, the concept art he shared was a way of telling everyone that the game exists, and that Ubisoft is taking it seriously. Speaking to Kotaku at Indiecade Europe, the creator revealed that Beyond Good and Evil 2 has in fact been in development since the release of Rayman Legends.

It’s still a long way from release, though, and Ancel isn’t ready to talk actual details just yet, because of how many things are in flux right now in the game’s development.

Ancel reiterated previous comments about the current technology finally reaching a point where it’ll be capable of achieving his vision for the sequel, particularly considering the scale he has planned for the game.

“Even on Beyond Good and Evil 1 it was supposed to have space travel and all these things but we were limited,” he told the site. “The big thing that is really cool is that the consoles are now so powerful […] The amount of memory the CPU has, you can do those things now. It’s not ‘Oh, we will never do it.’ It’s working.”

That said, some of the elements Ancel plans for the game to have may have already been explored by other games, such as Star Citizen.

“We’re looking at games like Star Citizen and seeing they have these big planet systems and thinking ‘We have the same problems but we are more advanced on this side, [whereas] they’re doing something nice on this side,'” Ancel said.

“It’s crazy and difficult to explain to people how technical making a game is. Now it’s not anymore about polygons and things like that, it’s about millions of behavioural AIs, systems, and giant spaceships crashing on big planets,” the creator added, revealing a bit more of what to expect in the game.

Beyond Good and Evil 2 does not currently have a release date, and we don’t even know what consoles it’ll come to. Like Ancel suggested, it may be a while yet before we have a good grasp of what the game is.