You’ll soon be able to stream your Xbox One games right into your Oculus Rift VR headset. 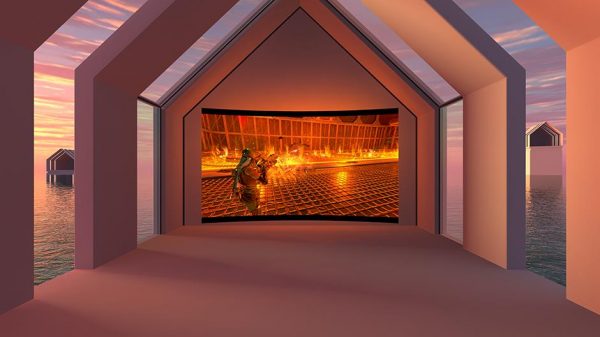 Microsoft’s partnership with Oculus will soon result in another feature for those with Rift headsets. On December 12, a new app will be released that allows you to stream Xbox One games to your headset.

It’s called the Xbox One Streaming to Oculus Rift app and it’ll support all currently available Xbox One games, as well as Xbox 360 backwards compatible titles. The app basically takes whatever the console is putting out and projects it onto a massive screen in the headset, similar to cinema mode on PSVR and other headsets.

You have the choice of three environments: Citadel, Retreat, and Dome.

The app only works with Xbox One consoles connected to the same network as the PC your Rift is attached to. Take a look at the new screens below for an idea of how it’s going to look:

This app will hit the Oculus store on December 12.