After Elite: Dangerous players pointed out combat logging cheats were being overlooked, Frontier stepped in with a response. 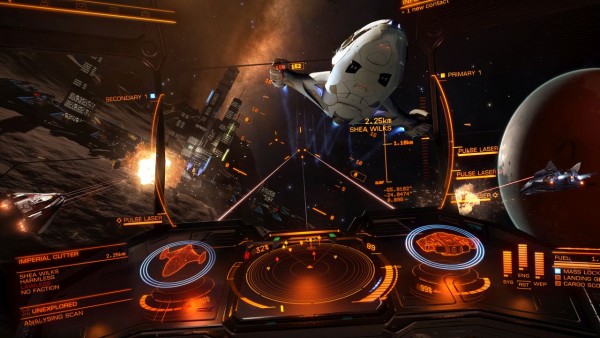 Elite: Dangerous is a fun game, all things considered, but players have become frustrated lately about its cheating problems. Specifically, Elite has an issue with “combat logging”, where someone forcefully quits the game in combat, sparing them from defeat or lost resources. To its credit, developer Frontier considers this an exploit and bannable offense – but players are calling the process for reporting these complaints into question.

The evidence – compiled by Reddit user Jonticles, and later reported by Eurogamer – is based on recordings of several instances of combat logging. These YouTube videos were submitted to Frontier, but what Jonticles didn’t mention was each clip was unlisted, meaning it could only be accessed by directly clicking a URL link. Jonticles recorded each view count with a timestamp before submitting them to Frontier, then checked back after a week to see if anyone from had watched them. (Frontier’s policy is to follow up with 48 hours.)

“We found that in all instances of reported exploiting, Frontier failed to view any of the video evidence in the reports a single time, even after several weeks and confirmation that they had in fact investigated the reports,” Jonticles wrote.

If you were thinking this strong accusation would be proven false after reviewing screenshots, you’d be wrong – Frontier responded directly to admit it failed to follow its own policies.

“After looking into the reports that you’ve highlighted here and taking a moment to review them in more detail I can confirm that on this occasion we didn’t follow the processes that we set out and subsequently these reports were not actioned,” Frontier community chief Zac Antonaci wrote. “While we don’t tend to talk about individual reports (even ones like this) we feel that it’s important to give you an open, honest and transparent answer to your post. I must stress that this is absolutely not typical of our standard review and reporting process and this mistake was completely unintentional.”

The question now is whether Frontier will be more aggressive against combat loggers in the future, something many Elite: Dangerous players are skeptical of even with Antoaci’s response. If there are a backlog of complaints, it might take time before a noticeable impact can be measured in-game.