Skyrim: Special Edition is the gift that keeps on giving. Giving mods, that is. 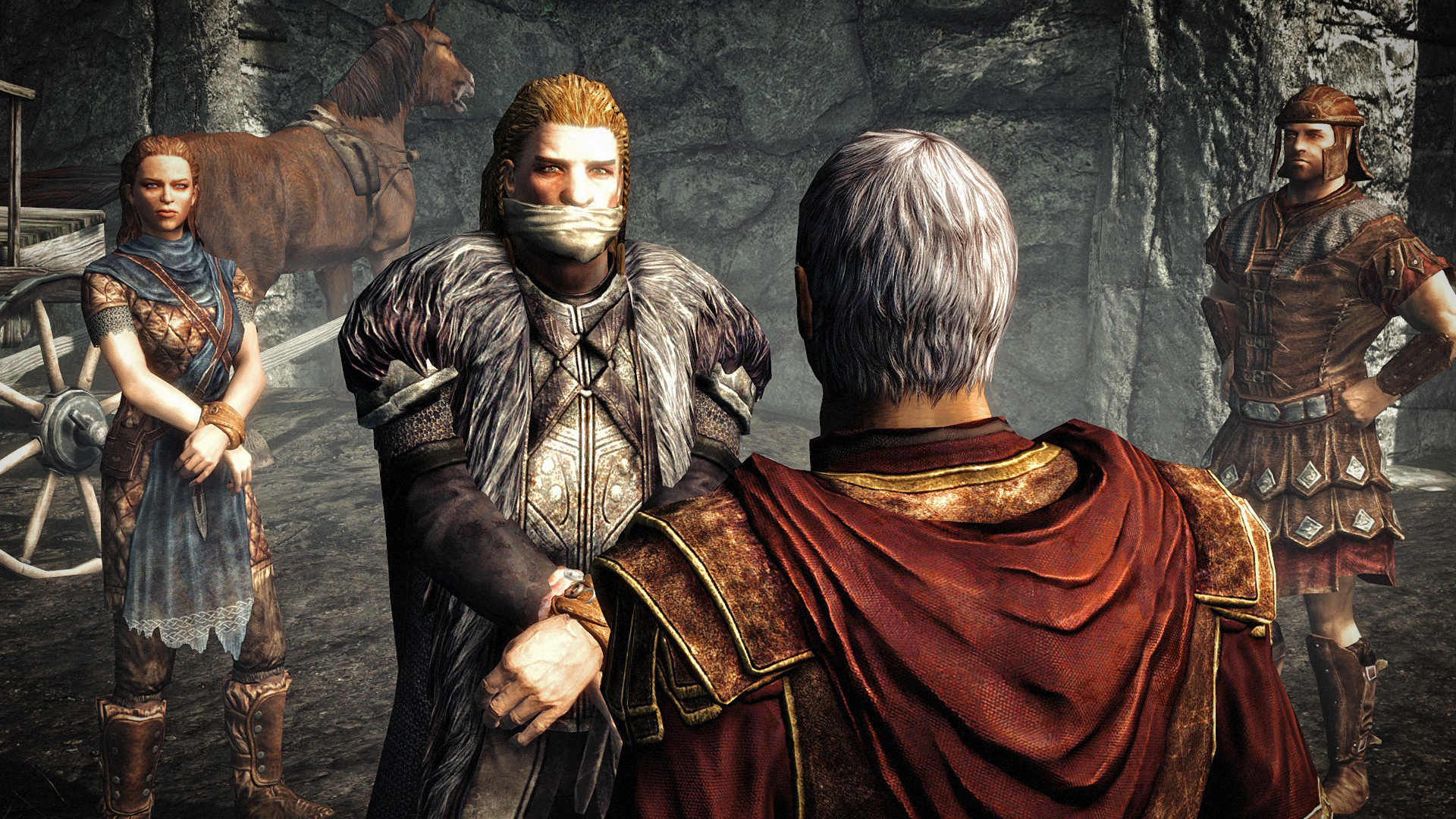 Skyrim is great but it doesn’t open in spectacular fashion. Oh, I don’t mind the whole rounded-up-for-random-execution thing, and Alduin turning up right before the axe drops is rad, but there are some things about it that really, really bug me.

One of these is the way the Imperials are several seconds behind events – it feels like their dialogue during the dragon’s appearance ought to happen well in advance of its actual play time, making them sound ridiculous. Another is that you come face to face with Ulfric, one of the most important characters in Skyrim, and the game never acknowledges that ever again.

Skyrim Special Edition mod Opening Scene Overhaul SE by PublickGamer changes that. It makes a number of changes to the opening sequence, and even to the broader game, to make the opening less clumsy:

Impressively, the mod also adds all new voice acting for all of the notoriously unsympathetic Hadvar’s dialogue throughout the whole game.

You can find the PC version on NexusMods, or download from Bethesda.net for Xbox One. No PS4 version is available, unfortunately.

I personally like how the last few Elder Scrolls games have cast you a prisoner. I know some of you feel that detracts from the role-playing experience, but I think especially in Skyrim it sets up some important story concepts, including the hardline and potentially unjust nature of Imperial authority. So I like the idea of this mod more than the usual alternate start set ups.