The Assassin’s Creed games seem to have lost the plot, but it turns out it’s just hiding in the comics series. 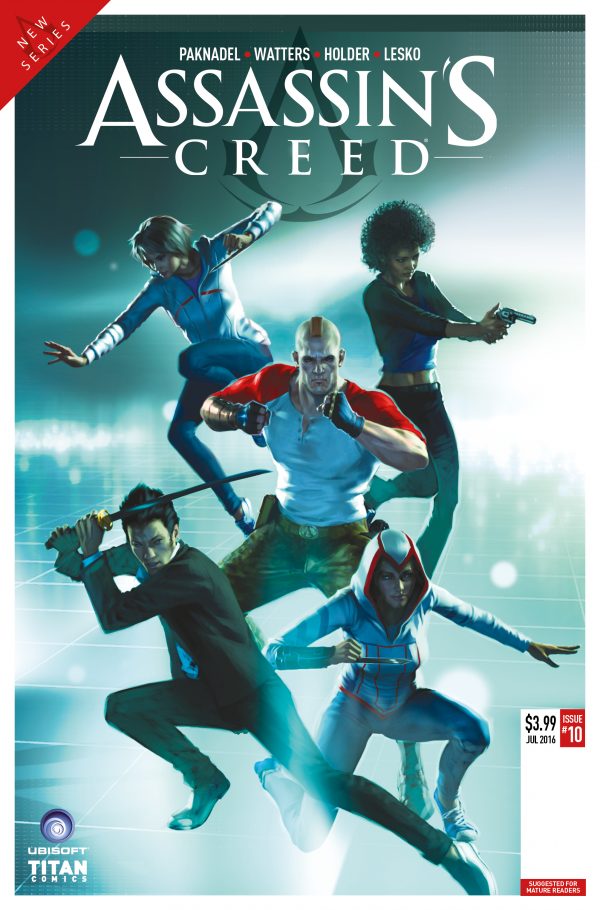 Assassin’s Creed has an ongoing plot, in case you’ve forgotten that. The oft-derided modern-day sequences of the first five core games chained together into a science fiction storyline which overlapped slightly with your historical adventures, and was, supposedly, the point of all your actual gameplay – but pretty much vanished after Assassin’s Creed 3.

Interestingly, it looks like Ubisoft’s ready to tie a bow on the whole thing. Titan Comics has been carrying the overarching Assassin’s Creed story along now that the games aren’t doing it, and the latest update from the publisher suggests it’s all coming to an end: Titan is shutting down two of its four Assassin’s Creed comic lines and merging them into one, all-new series.

You know – that thing Abstergo’s been doing since the first Assassin’s Creed game? The whole reason any of the games and most of the extended universe happen? Yeah, that’s nearly done.

I love Assassin’s Creed and I hope Ubisoft won’t abandon the enormous extended universe it has established for the franchise – but I’m pretty happy to see it taking a decent break and hopefully coming back refreshed and with a better understanding of its own strengths, so maybe it’s forgivable.

Anyway, even with Assassin’s and Templars shuttering you can still get your Assassin’s Creed comics fix from Titan with the Last Descendants – Locus and Awakening series, which are set top continue.