A new Elusive Target is running around Paris in Hitman, and it’s up to you to eliminate him before November 25 rolls around.

Gabriel Santos is a celebrity chef and an example of the “immunity granted by wealth and public life.” He has evaded any consequences to his career, such as assaults on assistants and producers and two cases of assault with a bladed meat tenderizer. No police reports were ever filed.

The target will be in Paris, catering the Sanguine Fashion Show in a high security location. He will have an entourage of social media producers and assistants around him at all times.

A former investor in Santos’ production company is your client, and specifically requests the target be eliminated the night he is catering the event. 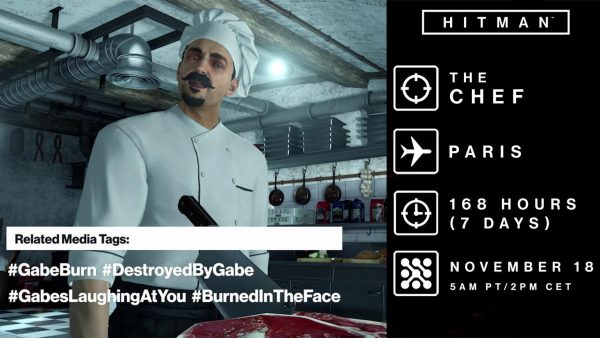 The developer said these adjustments won’t affect anything already unlocked or the player’s progress to unlocking the three accumulative suits (Hitman: Absolution, Blood Money and Signature Suit) that have been the three rewards available so far. 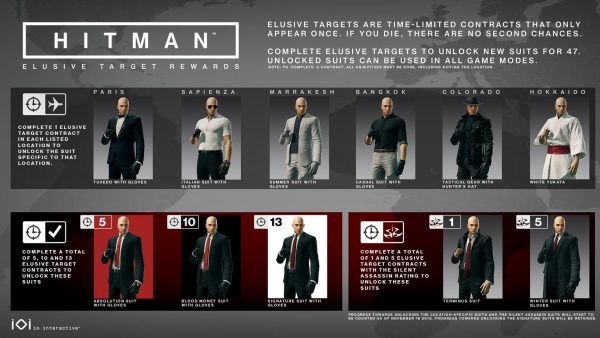 Players will not be able to retroactively unlock suits based on previous Elusive Targets. So, if you are determined to earn that Winter Suit, you’ll need to complete five Elusive Targets with a Silent Assassin rating, starting with Elusive Target 14.

The below image shows all of the suits that can be unlocked through Elusive Targets and the requirements for earning them. Once a suit is unlocked, it will be added to the player’s inventory and can be used in all locations and contracts which have the option of selecting a starting suit.

Players will need to achieve all objectives and exit the mission to ‘complete’ the Elusive Target.

Those who have not completed any Elusive Targets, and ET 14 is the first one attempted will still be able to unlock all of the rewards seen in the image.

Don’t wait too long, miss or fail too many Elusive Targets, or you won’t be able to unlock all of the rewards.

Finally, IO has provided a schedule of upcoming events in Hitman. 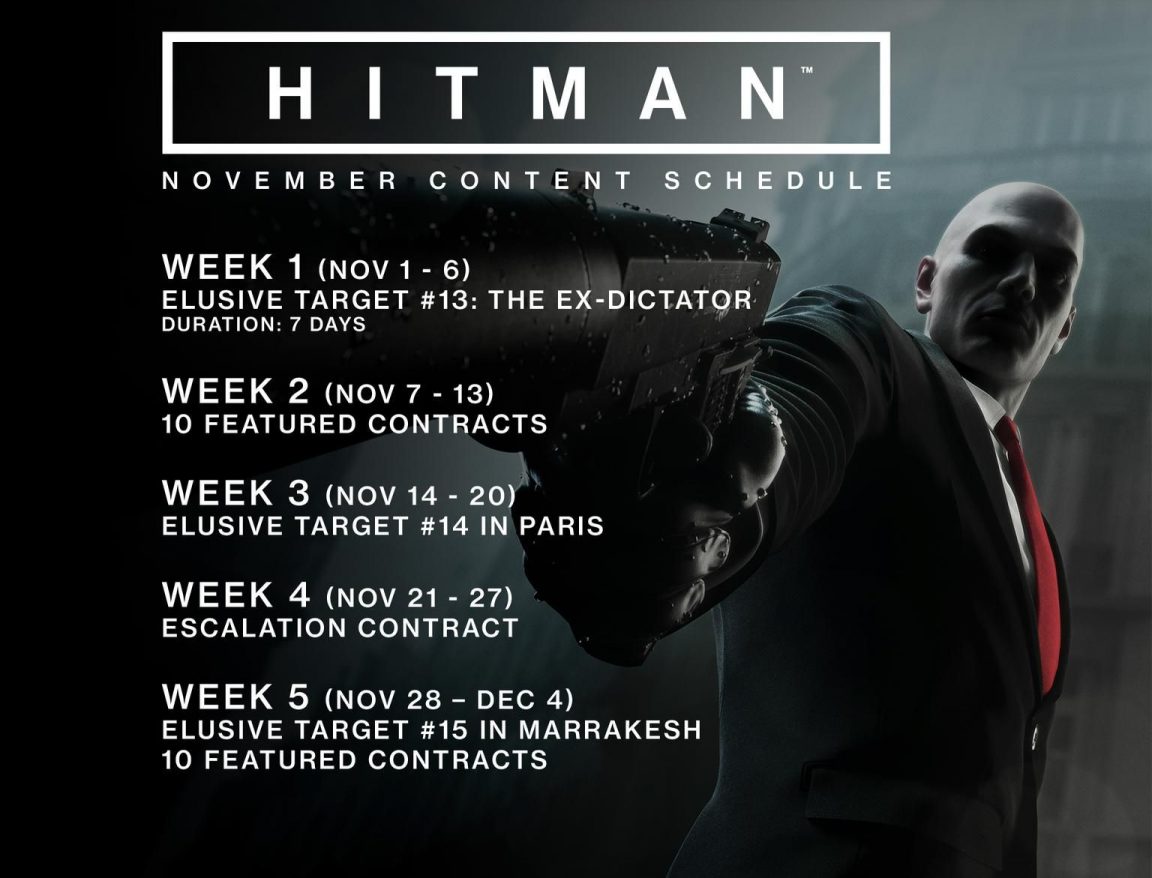 As you can see, the week ending November 27 marks the release of a new Escalation Contract, and from November 28 through December 4, Elusive Target 15 will appear in Marrakesh and there will also be ten featured contracts.

Hitman Season two is currently in development and the team plans to add it into the current game, and current unlockables will carry over into the new season.

The studio has yet to confirm which cities players will visit in Season 2, but they will revisit cities currently in the game and are considering having Agent 47 tackle new missions in other areas of cities such as Paris, Marrakesh and others.