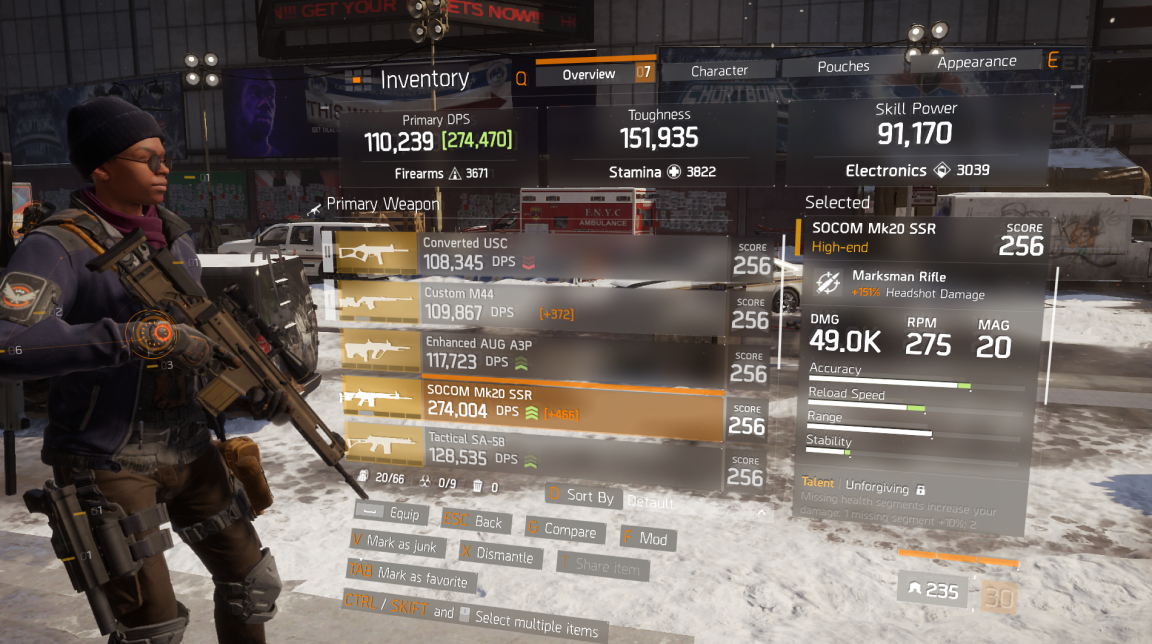 The Division’s second major DLC and the significant 1.5 patch update will both go live on November 22.

The Survival DLC turns the game into an even bleaker battleground, making crafting and combat a whole lot harder in the brutal New York storms. It arrives on PC and Xbox One on November 22, but PS4 players will have to wait another month for it.

The update 1.5 patch will go live on PC and Xbox One the same time – PS4 owners will have to wait a couple of more days – and although it’s not as extensive as the 1.4 patch, it still makes significant changes to the loot-shooter.

It will add World Tier 5 to the game, along side new Named Gear and items.

“With Update 1.5, we’re opening up the new World Tier 5, which comes with an increase in enemy level and Gear Score. In this new Tier, the enemies will be level 34 and the new maximum Gear Score for weapons and gear dropped will be 256 (compared to the current level 33 and Gear Score 229 at World Tier 4),” revealed developer Massive.

Named Gear will include Ferro’s oxygen mask, Barrett’s bulletproof chest piece and Skull’s MC Gloves. There will also be the re-introduction of the Frontline Gear Set, which made a brief appearance at E3 this year but was held back as it’s linked to the glitch-enabling Ballistic Shield skill.

You’ll also be able to get your hands on 12 new weapon types and 4 new Named Weapons, and the return of the B.L.I.N.D. rifle, now known as the Urban MDR Assault Rifle.