The Rogue One DLC for Star Wars Battlefront is less than a month away and we still don’t know much about it. We can, however, use these few seconds of footage to speculate. 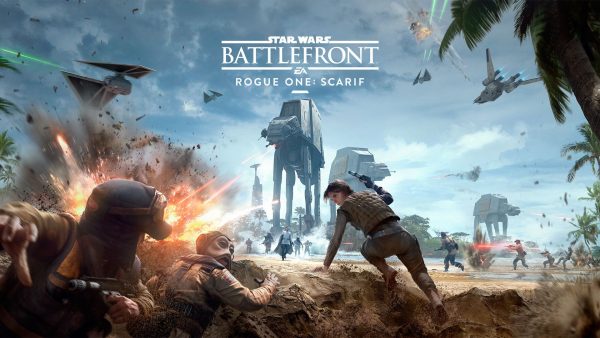 EA has confirmed that Star Wars Battlefront: Ultimate Edition, the re-release that includes the base game and all four expansions, including the upcoming Rogue One-themed DLC, is available now.

We also learned yesterday that Rogue One: Scarif, the final add-on, will launch on December 6 for season pass holders.

EA confirmed that, like previous add-ons, this one will bring four new maps and two playable heroes, including one that takes place on the beaches of Scarif, the new planet seen in the Rogue One film. Finally, the two new heroes will be the Rebel Alliance’s Jyn Erso and the Galactic Empire’s Orson Krennic.

In the Ultimate Edition trailer, we were treated to a few seconds of footage from the Scarif map, take a look:

It’s not much, but we’ll have to make due until a proper trailer has been released.