It’s a Double XP weekend for all Call of Duty: Infinite Warfare players. 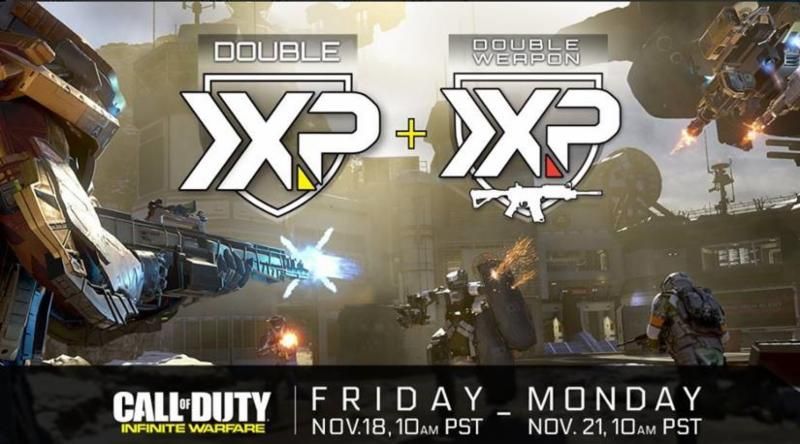 Starting today and through the weekend, players will ear Double XP as well as Double Weapon XP in multiplayer.

And apparently, there is a “surprise” coming for PC players, according to the stream. That’s all that was said on the matter, so we’ll have to wait to hear more.

Call of Duty: Infinite Warfare is available on PC, PS4 and Xbox One.