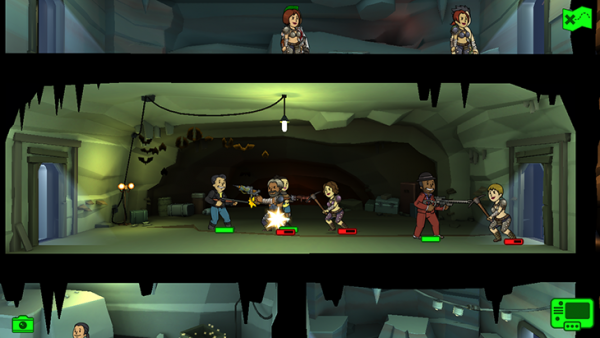 Bethesda has released a new update for Fallout Shelter. Version 1.9, this patch adds a new location to the game: the Caves, as well as Thanksgiving room themes and stickers for iOS 10 iMessage.

New quests were also added, and the regular, weekly, and special quests have been updated with Holiday-themed ones during Thanksgiving. All throughout this month, you’ll be able to play these unique quests and unlocked specially themed room visuals and outfits.

There a few stickers available now as well, for iMessage users on iOS 10. These include Thanksgiving-themed stickers, as well as some based on Fallout 4 Nuka-World mascots Bottle and Cappy.

In December, Christmas and New Year’s celebrations will be represented in game with new limited-time quests.

The update is available now on PC and mobile.