If you have been wondering which era the Creative Assembly will delve into with the next Total War title, plan on continue doing so for while yet. 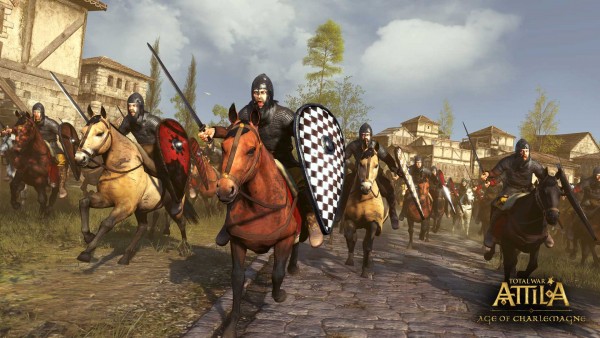 Speaking in an round table interview this week, brand director Rob Bartholomew said the next historical Total War game is set in “an era we haven’t tackled yet.”

Considering humans have engaged in warfare since at least the Neolithic period, and maybe even as far back as the Mesolithic era, that’s quite a lot of eras to check off. It’s doubtful Creative Assembly would make a Total War game about hunter gatherers fighting over territory and resources, I’m just saying there are so very many eras of human history that it would be impossible to guess which the studio will choose at this point.

Bartholomew also said to expect the new game to include a number of “new and exciting” features, according to PCgamesN.

Back in March, it was revealed that the Total War: Attila teams were in the early pre-production stages the next historically-based major release. The team had also started prototyping some feature ideas.

The studio said it would be “some time” before it revealed the title, and won’t be released for at least “a couple years,” but it will “be both huge [and] historic.”

Until then, Creative Assembly is busy working on more content for Total War: Warhammer, and continuing its plans on making it a trilogy. The second game is already in development and will be equivalent in size to the one currently available – maybe even larger, with four playable races from day one.

Each game in the Warhammer trilogy will be stand-alone, but all three will form a “single, all-encompassing grand campaign,” of sorts in the end, according to Eurogamer.

“Now the technical way of doing that is a bit fiddly,” said the game’s director Ian Roxburgh. “But ultimately it’s been something we’ve been determined to do right from the start. We don’t want to break it up. We want that massive map, right at the end, and we want everything in it.”

“It’s going to be something that people lose their shit over,” added Bartholomew.

So, in short: expect more Warhammer goodness headed your way, and a new Total War game not set an era already covered by the studio.

However, in the meantime, Creative Assembly is considering releasing more content for historical games it has on the market. This could take the form of more Attila DLC or a “small follow-up,” title according to Bartholomew.