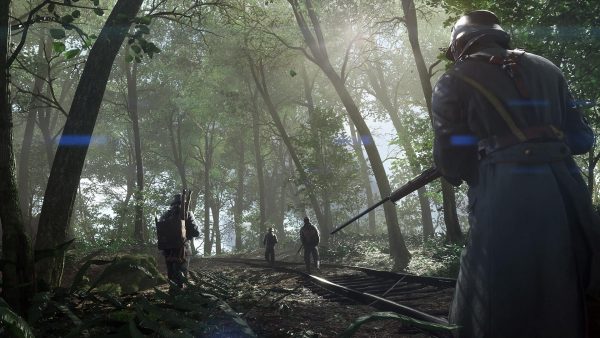 DICE kicked off the Battlefest event last night during a livestream and revealed bonuses everyone will be getting for logging in and playing the various Battlefield games.

From now and until Sunday, November 27, DICE will be hosting giveaways, in-game missions and activities, giving out unique dog tags, and more. Most of these are themed around playing the objective.

First, if you log in between now and the end of Battlefest, you’ll get a special dog tag on November 28. Anyone who signed up to be a Battlefield Insider (newsletter) by the end of the fest, will receive another unique dog tag. There’s one more dog tag called ‘Best Community in the World’ that you can only get from Battlefield Game Changers (influencers).

Playing Battlefield 1 on three different days and winning one match in Operations during the event will net you the PTFO weapon skin. The M1911 Battlefield 4 and Hardline mission is still active, too, meaning you’ll get the Incarcerator skin and a dog tag in Battlefield 1 when you reach 25 kills in either of those games.

There’s also a new Battlefest Battlepack. This limited-time revision will be available throughout the event.

This Friday, EA will be hosting an early Black Friday of its own with discounts on Battlefield 1 across a number of retailers. The company will also host special servers that night on which DICE developers will be playing. On the same day, you’ll get double XP in Battlefield 4 and Hardline.

On Wednesday, November 23, anyone who played Battlefield 3, 4, or Hardline, will get a new veteran dog tag. There’s another dog tag DICE will be giving out to those who took part of the Community Test Environment CTE for Battlefield 4 and Hardline.

Friday, November 25 is another chance for you to play with DICE developers. It’s also when the second and final double XP event will be held, for Battlefield 4 and Hardline.