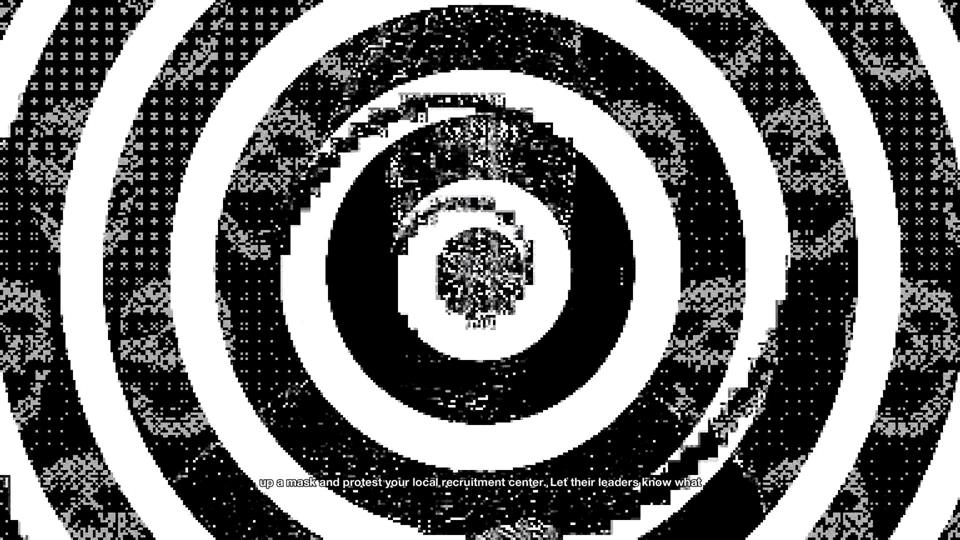 Watch Dogs 2 wants you to bring down The Man by hacking the system, shaming the media and socially engineering meatbags to do your bidding. It has a lot of fun doing all of this, throwing out the ridiculously po-faced attitude of the original Watch Dogs and instead dressing it up in dayglo pants, ironic memes and imaginary 80s action movies. There’s a lot to like in Watch Dogs 2.

But in order to see the best the game has to offer, you need to play by a few rules. Here you’ll find the basics needed to get up to speed quickly in Watch Dogs 2, and make the most of hacking opportunities, exploiting the system and adopting the right play style to best tackle the forces of corruption. 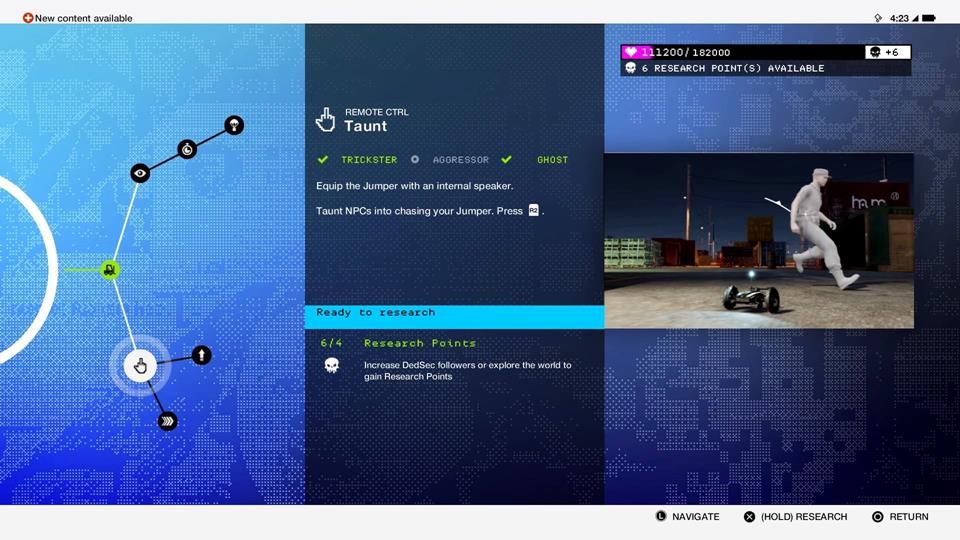 Choose the way you want to play but don’t be held to it if situations change. Guards in Watch Dogs 2 can go from standing around sniffing their own farts to spotting you and throwing grenades in seconds. You will need to switch tactics just as quickly. The game acknowledges three different styles; Aggressor (combat focused), Ghost (stealth orientated) and Trickster (manipulating the environment to do your dirty work for you).

You don’t have to stick to one style and you’ll need elements of all three to get you through the game, but it does pay to specialise and there are tools and skills to unlock that will affect your entry into certain areas, side ops and other unlocks. Don’t waste your points upgrading generic skills – go for specialisation first. Distraction skills are good for a start, as are hacking skills. Which brings us to… 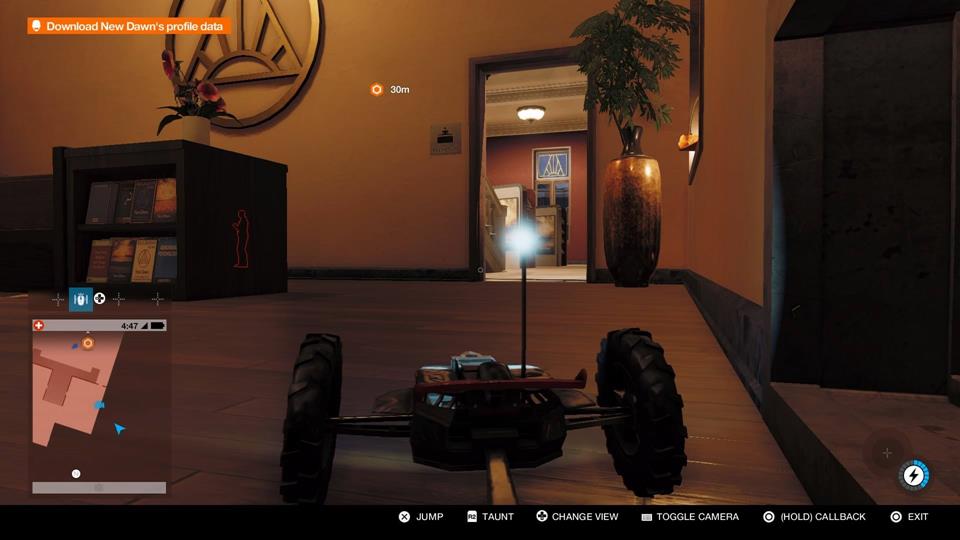 Trickster is almost always the best approach to begin with

Using the Trickster approach to problem solving seems to be the most effective, not only at the start of the game as you get to grips with the way Watch Dogs 2 works, but also as a way to approach all the main missions initially.

Being the Trickster is all about using everything around you to work in your favour without getting your own hands dirty. Use the RC Jumper and drone to spy, to physically hack objects, to blow up junction boxes and take out guards, to hack emails and complete objectives. There’s a couple of missions where you don’t even need to physically enter a building at all to complete them. Eventually you can upgrade the quadcopter drone to access your inventory, dropping IEDs on enemies. You really don’t need to get your hands dirty a lot of the time if you think before rushing in. 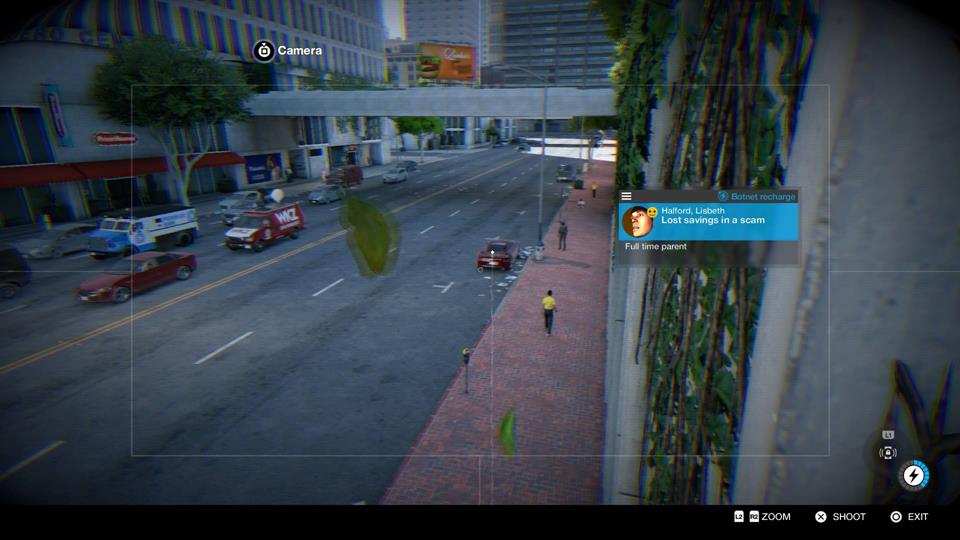 No matter whether you want to play stealthily or not, you should always pause before entering a new location or building to scope out the cameras. Hack the closest and cycle through all in the vicinity to note guard patrol patterns and environmental hazards you can use to distract and incapacitate.

Guards will now appear on your mini map, making reaching your objectives a lot easier. Whether you want to burst in all-guns blazing or like a ghost, you now have the complete heads-up. 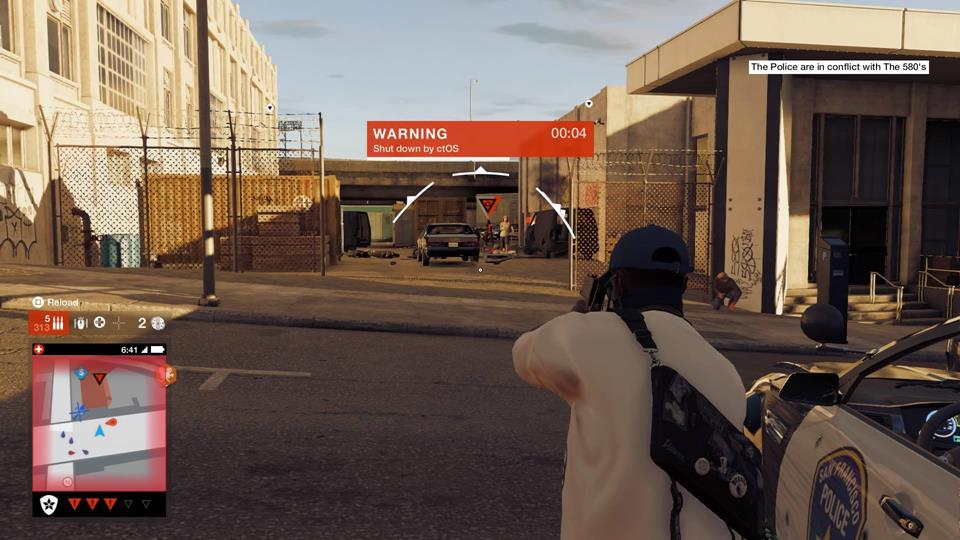 This is one of those design choices that goes against 95 percent of stealth games you’ve ever played. Once you incapacitate a guard, you cannot move the body to hide it. It’s infuriating and will make you question why exactly you’ve chosen the stealth route. The more guards you knock out, the more chance there is that a patrol will discover it, so the danger only escalates, especially in locations that have 10, 20 or more guards on patrol.

But by taking out guards silently there’s less chance others will hear a noise and call for back-up. Guards are extremely aggressive in Watch Dogs 2, and once more come to their aid you’ll be trapped with little chance of getting out alive. The cooldown from hunting you to returning to their regular patrol routes is a long period, so stealth feels particularly hard and unfair in Watch Dogs 2. 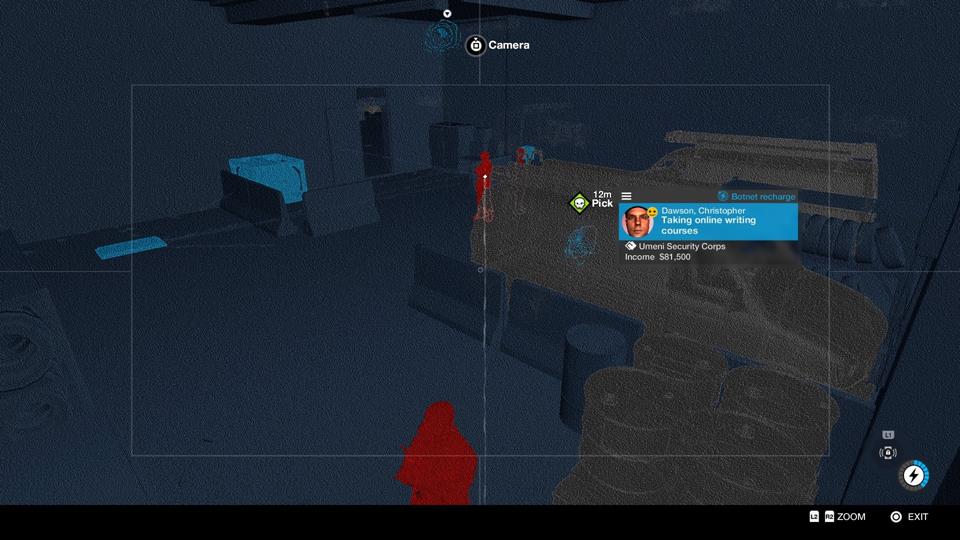 Again, no matter what you play style, you need to know the basics of hacking at the very least. It will just make the game in general much easier and enjoyable to play. Click R3 to “nethack”, which turns the screen black and white and highlights all hackable objects, people and more. It’s also used to find side objectives that aren’t immediately clear (these glow orange). Get into the habit of using it every time you enter a new space.

At the very least you should be hacking doors before you even move from cover to run through them, and when it’s at its best you can create entirely new entry points in buildings by moving cranes, or completely stop a long-winded police pursuit by raising barriers and ramps. Also, hack the shit out of people to drain their money, you’re going to need a lot of it. 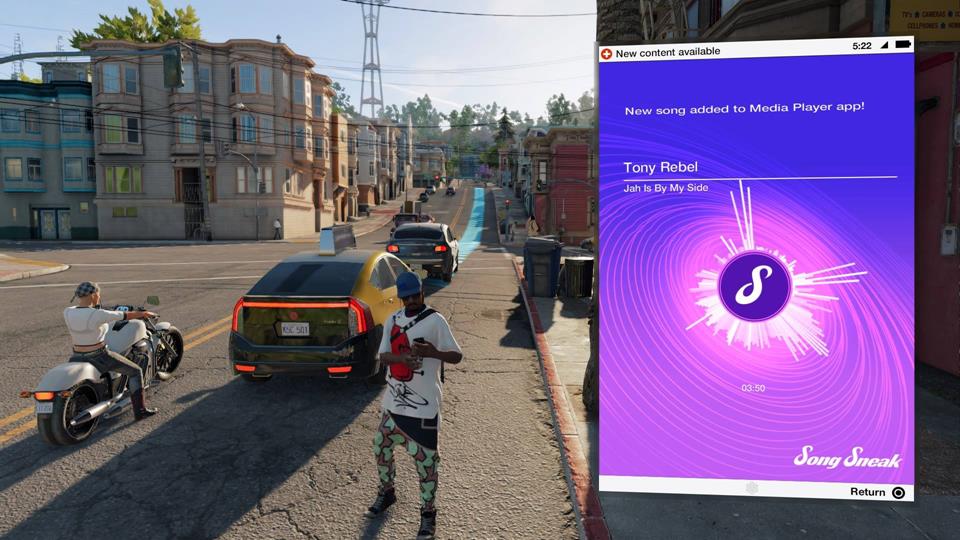 Two apps immediately stand out; SongSneak and ScoutX. SongSneak lets you download new music as you walk past somewhere that’s playing a song. Just whip out the phone and tap the app to add it to your playlist. Watch Dogs 2 has a great soundtrack and if you’re playing it for multiple hours you’re going to want variety – you can play music at any point, not just when in a vehicle.

The other essential app is ScoutX. This app is all about taking photographs of places and people, which in turn increases the DedSec follower count. The more followers you have the more side and main missions unlock, eventually taking you to your main goal of taking down Blume. You can get followers by doing lots of things (such as completing missions), but ScoutX is really easy to use. Just go to a designated area, take the pic, and bingo, your followers go up. You can rack up hundreds of thousands in half an hour. 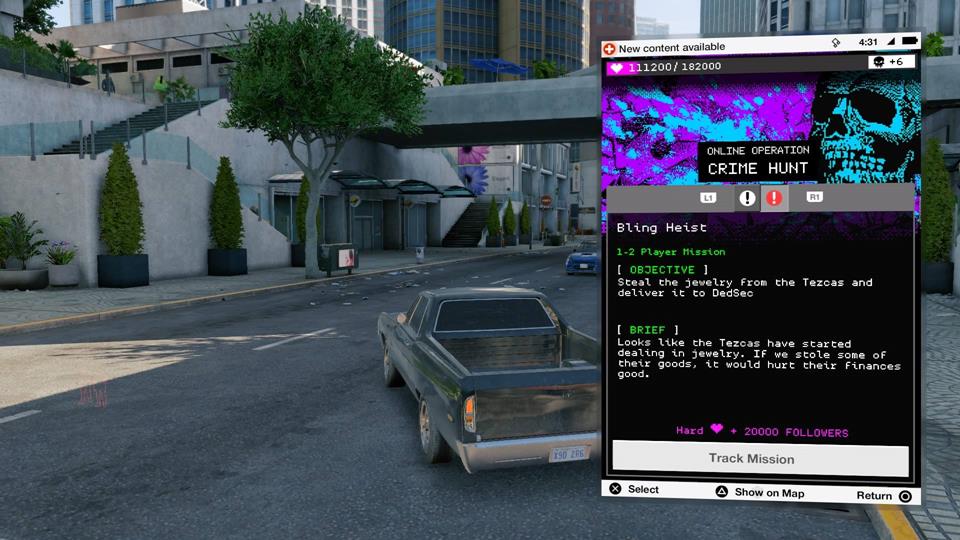 Be aware of other players stealing your shit

Hacking Invasion is an online mode where a player drops into someone elses game and attempts to steal their followers. It’s a fun mini game, and can produce some lively and dynamic situations, especially when you spank someone who thinks they’re going to get away with stealing your hard work.

While Hacking Invasion won’t happen when you’re in the middle of a main operation, they can occur at any other time during free mode. This means even if you’re on your way to a different part of the map to start a campaign mission someone can hack your game. Basically, any time that isn’t spent in a main campaign mission is considered free roam, so be aware that you’re always liable to attacks.

These modes are set to on by default, but you can get around this by turning individual online modes off in the main menu. Do that if you don’t want to be disturbed while you concentrate on the proper campaign of Watch Dogs 2. 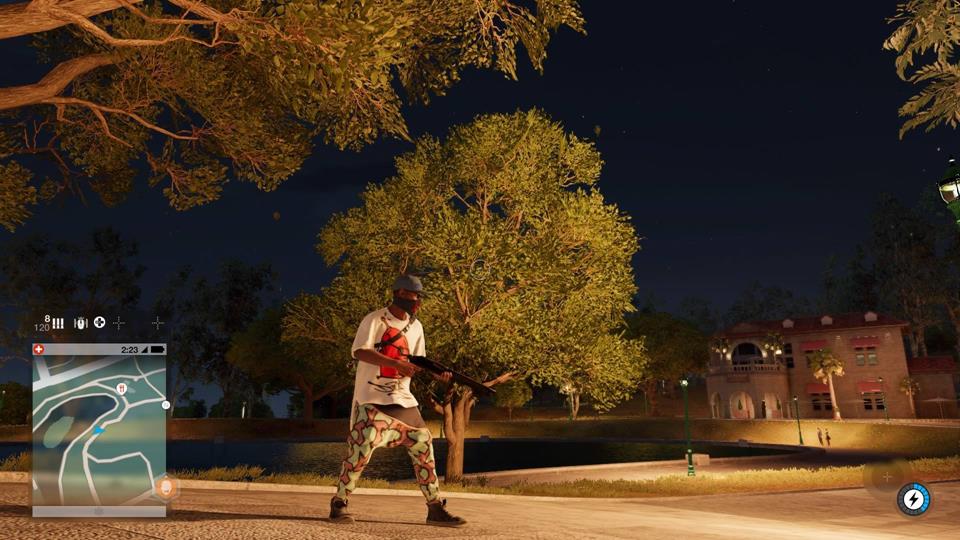 Get a free shotgun

If you’re playing the Aggressor style, you’re going to need weapons early on. You start with a stun pistol that’s slow to load and will shortly get a 9mm pistol, but neither are going to get you very far. If you can save up enough cash you’re able to 3D print your own weapons, but you’re better off saving for the drone first before putting your cash into munitions.

So an easy way to get a punchy shotgun is to get aggro in the street. Just pick on a few local citizens and soon enough the cops will turn up. Take down a cop and grab his shotgun. Whether you escape or get killed is irrelevant. You now have the SG-90 Pump Action in your inventory and it packs a powerful punch. Now the odds are a little more even.