Ten out of ten, game of the year. 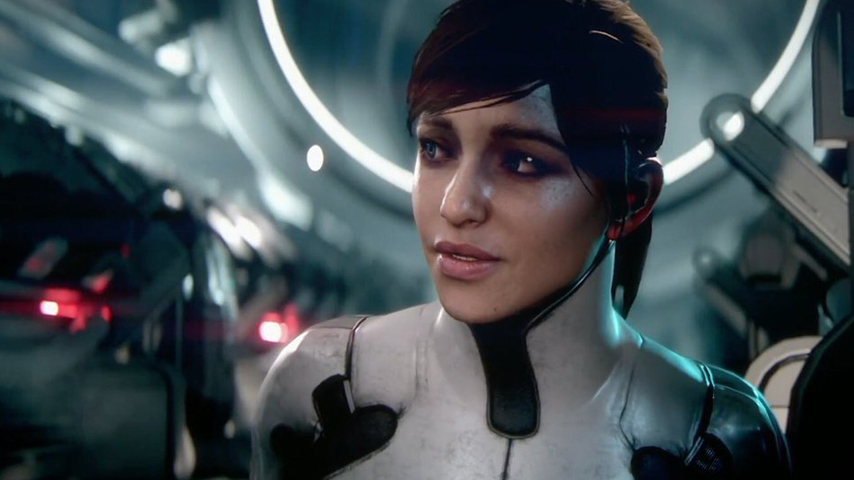 Mass Effect: Andromeda, right: two possible protagonists. You choose between Scott or Sarah Ryder, a pair of twins, and the other one hangs about being surplus to requirements.

BioWare has provided these characters with first names, and it’s not clear whether you’ll be able to rename them, but like Mass Effect’s original protagonist, Shepard, we can just refer to them by their surname and cut out the whole question of gender when we talk about them.

Back in the original trilogy days we sometimes referred to the two versions of Shepard as BroShep and FemShep, because the voice acting difference between the two made for such a different experience that they almost felt like separate characters. I don’t know about you cats but I’ve been referring to the Ryder twins as mRyder and fRyder, mostly in the context of comments like “it’s so cool that they did a fRyder trailer as well”.

Now, today, as if the universe were sending me a sign or giving me a little gift, GameInformer has revealed the main voice cast and fRyder is played by Fryda Wolff.

Fryda is playing fRyder. Thank you, BioWare, for this precious gift. It has made my day.

Anyway, on to the actual news: Wolff has a stack of credits to her name, including the narrator in Civilization: Beyond Earth, Lorraine in Funcom’s horror short The Park, Caira in Evolve, Stacy in Octodad: Dadliest Catch and many others.

The male Ryder is played by Tom Taylorson who coincidentally also had a couple of roles in Octodad: Dadliest Catch. That seems to be about it for him, although he did voice a duck in a short once. I like that in an actor.

Ryder senior, who has made a couple of trailer appearances and seems to be quite important to the whole proceeding, is played by Clancy Brown. He was Hades in God of War 3 and Mr. Krabs in SpongeBob Squarepants.

Mass Effect: Andromeda is due on PC, PS4 and Xbox One sometime in 2017.