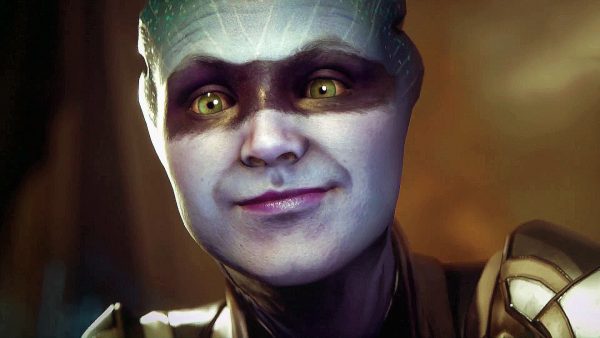 BioWare dropped a new Mass Effect: Andromeda trailer moments ago. The trailer showed more of the game than we’d seen previously, with a mix of CG and gameplay.

We also got a glimpse of the new team, and a tiny bit of the story. But, as expected, the trailer didn’t feature pure gameplay footage. You know, of the kind where your character takes cover and shoots for a few minutes.

Unfortunately for those anxious to see more, we’re going to have to wait until The Game Awards show this year to get it. You may have missed it, but at the end of the trailer, it mentions that the gameplay reveal will take place during The Game Awards 2016 show and has a link to the show’s YouTube channel.

The Game Awards 2016 takes place December 1, so we’re just a couple of weeks away.

Plenty of other details were revealed during today’s info blowout as well, and we’re combing throw them now to bring you all the details.