Diablo 3 players will be able to switch between up to five builds with a few quick clicks.

Diablo 3 is getting an Armory, but this is more than just an equipment manager: it’s designed to allow you to very quickly switch between play styles by overhauling almost everything about your character at the touch of a button.

The Diablo 3 Armory supports up to five complete builds: skills, passives, items, Kanai’s Cube powers and Legendary Gems. This should give you room to store a build for solo play, for co-op, for farming drops or other resources, for delving into rifts – whatever.

It sounds like a really cool way to improve QoL for Diablo 3 players. Check out some screens below: 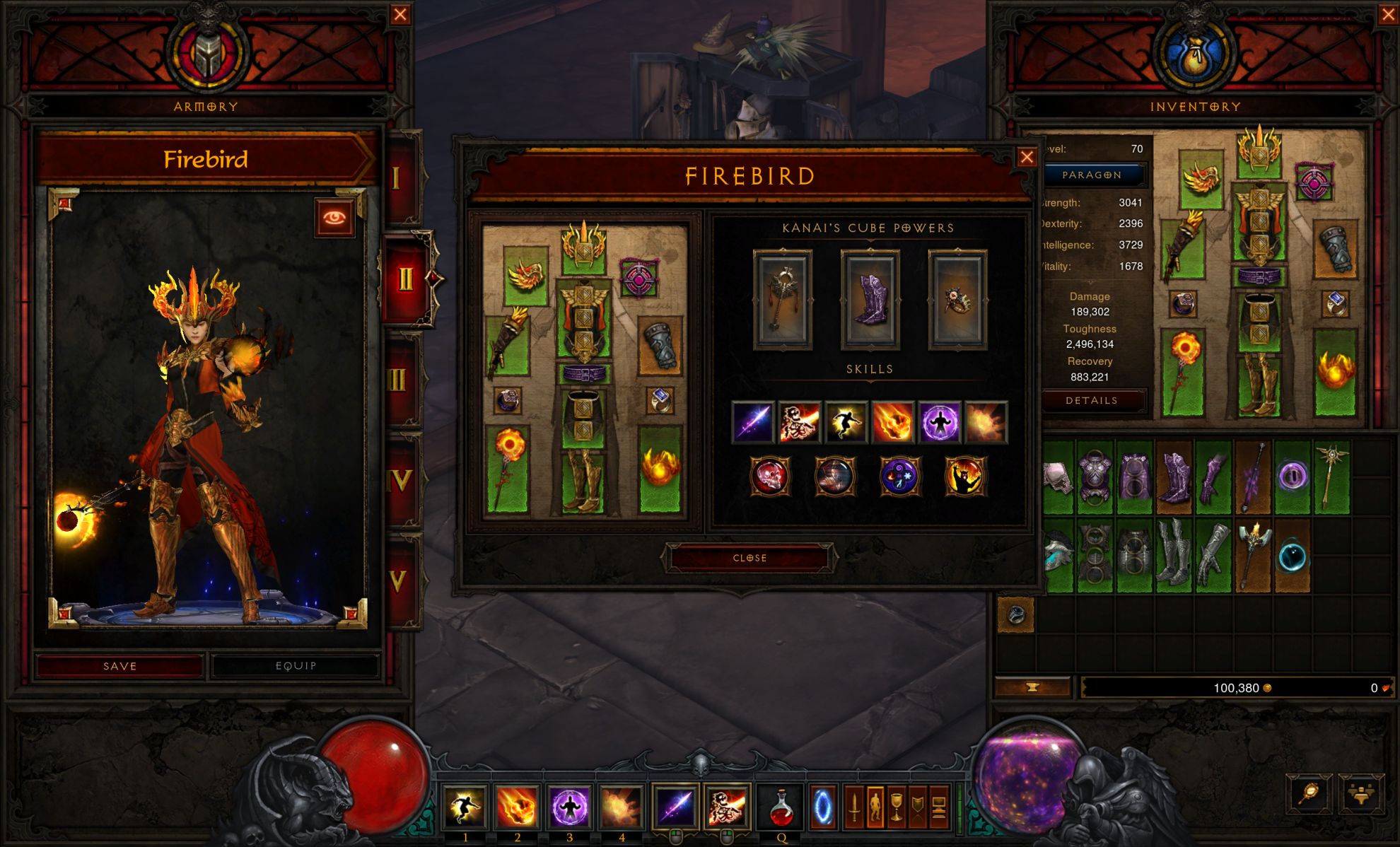 Like most of the Diablo 3 content announced at BlizzCon this weekend, the Armory is coming sometime in 2017.