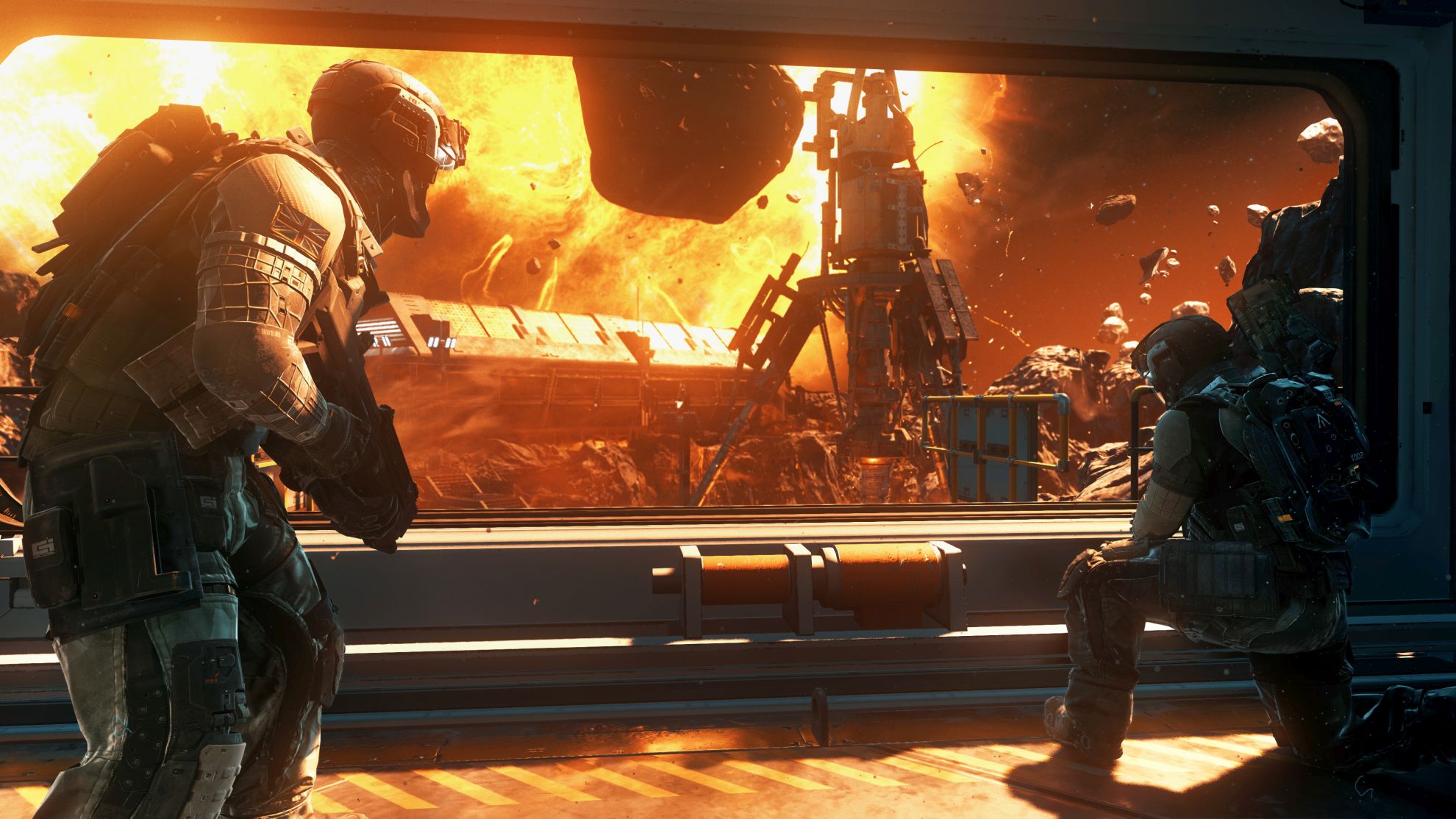 Call of Duty: Infinite Warfare has moved the franchise to space and the new setting comes with a lot of story-telling opportunities.

Narrative director Taylor Kurosaki talked about the game’s single-player campaign in an interview with GameSpot, saying, “In a lot of really well-received war stories, the story really centers on you and your squad, what you guys are going through, how you have each other’s backs, and how the pressures of the war and the enemy hunting you can reveal things about your true nature…to see what the pressures of this particular war do to those relationships, we wanted to explore those things.

“Now, that doesn’t mean that we forego set pieces. We still have, I think, the best set pieces in the business, but in this case, if we can create characters that you appreciate, if we can create characters that you identify with, and that you care about, then those exact same set pieces, that same bombast gets brought up. It raises the intensity level because you really, really are concerned about what’s going to happen next.

“For me, and for a lot of the guys that started here, at the start of Infinite Warfare, we were really excited about the prospect of working with a team that’s known for making these awesome, incredible set pieces, but imbuing those set pieces with maybe some more meaning and maybe caring more. We thought that that would pay off.”

Addressing the new setting, Kurosaki expanded on how the expanse of space played a part in narrative.

“To break it down really simply, as storytellers, we are always searching for incredible sources of pressure to put on our characters…with Infinite Warfare, having a lot of the missions take place outside of our breathable atmosphere, that just puts even more pressure on you. Now, you have an environment that’s trying to kill you as well…We’re always looking for those ultimate sources of pressure because when you have those ultimate sources of pressure, all the niceties go out the window. All of the courtesies can go out the window and you really know what makes a person tick.”

Infinite Warfare’s campaign strives to create a bond between the player and the protagonist and Kurosaki is confident that Infinity Ward has done just that.

“You’re going to feel invested in the story, you’re going to feel invested in the game, and hopefully, the mechanics of the game. What we really want, ultimately, is we want that controller in your hand to sort of vanish. To sort of disappear. We want you to just feel like you are occupying this world, and you are going on this journey along with this guy. You’re actually doing it by standing in his boots, and seeing the world through his eyes.”

Call of Duty: Infinite Warfare launched last week to positive reviews and debuted at no. 1 in the UK charts, but despite that, sales are down almost 50% on last year’s Black Ops 3.

I don’t think many people buy Call of Duty for the campaign and moving Call of Duty to space wasn’t very well received earlier this year.

Is the single-player campaign something that should be phased out of the series, or is there still untapped potential for epic war stories in the Call of Duty franchise?