If you watched the BlizzCon 2016 opening ceremony yesterday, you will recall senior producer Kaeo Milker introduced the trailer below featuring Varian Wrynn and Ragnaros.

Now that Day One of event is done and dusted, and all the important information locked behind panel doors is out in the open, we have more Heroes of the Storm intel to share on the new heroes coming to the game.

The first is King Varian Wrynn, High King of the Alliance. In HotS he is a melee fighter, but through talents, Varian can be built to fit several different disciplines, making him the first multi-class hero to be added to the game.

Ragnaros the Firelord is the second new character coming to the Nexus, and he brings with him various fiery abilities. He can call down flaming meteors, crush foes with Sulfuras, and send out lava waves which can incinerate an entire lane’s worth of minions. When faced with a counter-attack, Ragnaros can empower a Fort or Keep, turning himself into “a towering inferno” over the structure with a second set of abilities.

Along with the two heroes, Blizzard also revealed a new Brawl coming to HotS: Blackheart’s Revenge.

On the asymmetrical battleground, the attacking team will need to gather cannonballs to fire upon the ghost pirate’s ship. Defenders will need to escort Blackheart’s ship and take out the cannonball luggers, giving the undead pirate enough time to reach the attackers’ Core and destroy it.

Blackheart’s Revenge will be released for the game next week, Varian arrives on November 15 and Ragnaros releases in December. 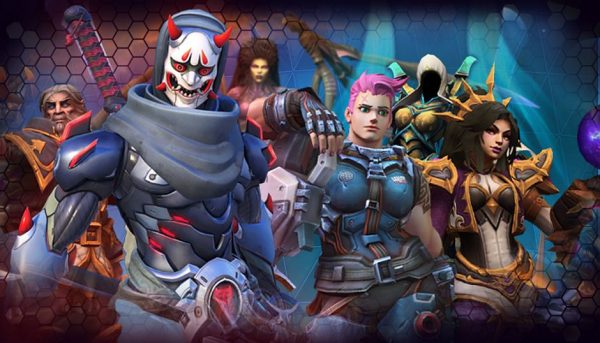 Finally, starting November 15 and running through January 4, the Nexus Challenge in Heroes of the Storm kicks off. Here, players and their friends will take part in a series of challenges to unlock in-game loot for both HotS and Overwatch.

Complete 15 Heroes games in Ranked, Unranked Draft, Quick Match, or Co-op vs. A.I. before time runs out, and players will unlock the Oni Genji skin, spray, and player icon in Overwatch, as well as Zarya and the Oni Genji Portrait in Heroes of the Storm.

Finish 30 matches and players will earn heroes Auriel, Greymane, Kerrigan and Li-Mingthe for Heroes of the Storm. Rewards also include the Orochi Hovercycle mount and a 30-Day Stimpack.