Capcom wants to expand Monster Hunter beyond handhelds in the West. 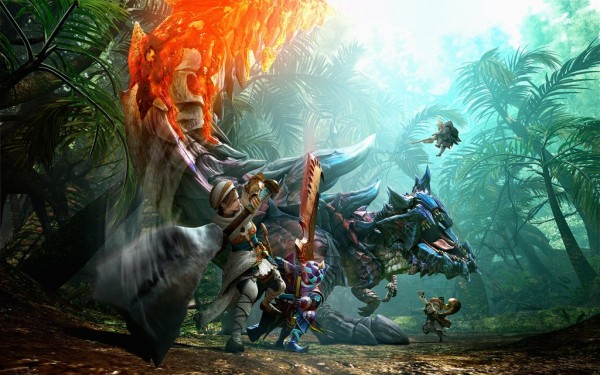 Capcom estimates PS4 will sell 100 million by the end of 2020, and 40-50 million for Xbox One. Knowing how big the home console market is in the West compared to Japan, the publisher is looking to expand its very popular Monster Hunter series beyond just handhelds.

That’s according to Esuteru (via NeoGAF), reporting on a Q&A session in which Capcom chairman Kenzo Tsujimoto said that handhelds in the West represent around ten percent of the overall market, compared to Japan where they’re dominant.

On the same note, Tsujimoto revealed that sales of Monster Hunter 4 G were less in the West than they were in Japan. Because of this, the company wants to grow Monster Hunter overseas. Though the chairman didn’t outright confirm a home console release of Monster Hunter is in the works, he strongly suggested it’s the only way to go to get more people to care about it.

During the session, Tsujimoto said Capcom is among a few Japanese publishers with a heavy focus on Western markets, and so it needs to create games that appear to these consumers.

Monster Hunter games are made exclusively for handhelds, with the exception for Monster Hunter 3U, which came out on the Wii U in 2011.