In Take Two’s Q2 financials release for the fiscal year ending 2017, the firm noted GTA 5 has now shipped 70 million units lifetime, and that Mafia 3 sell-in figures to retail were over 4.5 million its first week of availability.

Back in February, the firm reported during its Q3 fiscal year 2016 report GTA 5 had sold GTA 5 had shipped over 60M units worldwide. That’s a 10 million unit jump sold to retail, and taking Q4 results into account, and extra 5 million units.

“Mafia 3 reviews were lower than we would have liked, but consumers are buying it hand over fist.” – Take-Two CEO.

Digital net revenue was up during Q2 by 14% to $230.8 million, as compared to $202.4 million during Q2 fiscal year 2016. Grand Theft Auto 5 and BioShock: The Collection were two of the biggest contributors to revenue for the quarter. NBA 2K16, Grand Theft Auto Online and XCOM 2 were also noted as other games which contributed largely to the firm’s 21% growth.

Mafia 3 was the fastest-selling game in 2K’s history, generating week one sell-in of more than 4.5 million. Note that “sell-in” is the same as shipped, which means sold to retail.

“Mafia 3 reviews were lower than we would have liked,” said CEO Strauss Zelnick, “but there are a lot of stellar reviews and I think the most prominent reviewers really loved it and recognized that what we are doing here from a story, art, character and excitement perspective is really unmatched in the marketplace.

“In terms of the reviews and scores, sort of an odd anomaly. I think we and our competitors are seeing some anomalies in the review system, we take them as they are and we don’t argue with it. But I think we do have an enormous number of exceedingly favorable reviews.

“And most importantly, consumers love the title and they are buying it hand over fist. And that at the end of the day, that’s how we’re judged.”

Sell-in to date of NBA 2K17 is currently more than 4.5 million units as well. 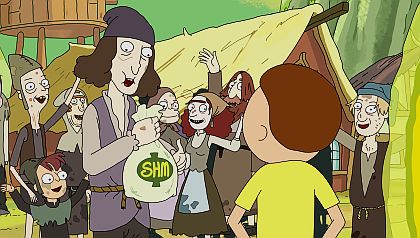 He went on to note the 2016 holiday season was already “off to a great start” due to successful new releases Mafia 3, WWE 2K17 and Civilization 6.

“We intend to support our titles with innovative offerings designed to promote ongoing engagement and drive recurrent consumer spending, including additional free content for Grand Theft Auto Online,” he said.

Looking ahead, Zelnick feels the company’s fiscal 2018 will be another strong year for the company due to its release slate led by the launch of Red Dead Redemption 2 in fall 2017.

“The game’s vast and atmospheric open world will also provide the foundation for a brand new online multiplayer experience,” he added, reiterating the information provided with the game’s official announcement.

The firm said it was pleased to be a partner with Nintendo on Switch, but would announce titles in the works for the console at a later date.

A call to investors is currently live. Zelnick isn’t one to be drawn on providing more information than he feels necessary, but if anything interesting comes out of the call, we’ll let you know.