Battlefield 1 has a lighting problem. 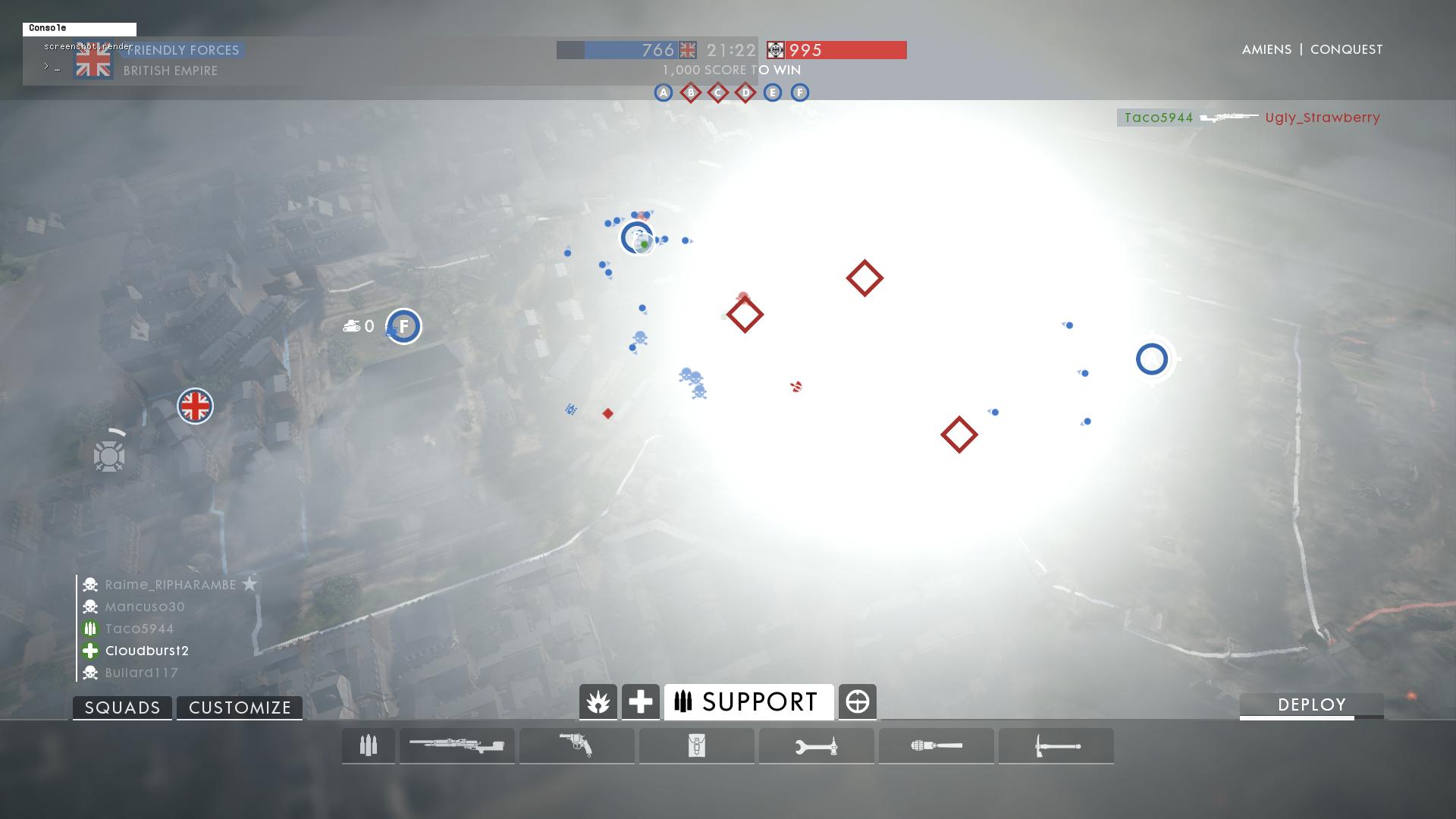 Battlefield 1 seems to be pretty good, if critic and user reviews are any indication, and Sherif called the PC build the most stable Battlefield release in years.

It’s a nice change after a couple of disappointing launches, but like any game of this scale, Battlefield 1 isn’t perfect. One problem I’ve heard about a few times, and which really interests me, is the light on Amiens.

If you’ve been lucky enough not to have encountered this issue, it manifests in a couple of different ways: as a blinding white, yellow or red light around the C point, or as a blue, red or green screen tint. It even affects map view, as shown in the image above from Redditor Nucleic_Acid. Want another look? Here’s a video of how this weird Battlefield 1 issue appears to YouTuber Bricksandmortars.

The issue affects both AMD and Nvidia users according to posts on the Battlefield forums, and happens with both new and older drivers installed.

A quick search for “Battlefield 1 Amiens light” brings up plenty of results, suggesting it’s pretty common – and in some cases makes the match unplayable. I’d be really interested to know the cause of this issue; is it two seperate bugs, or one big one? Is it something to do with the light sources on the Amiens map in particular?