“Pokemon Sun & Moon is going to sell boatloads. Just look at these charts.” That’s my summary of Nintendo’s financial briefing this week. 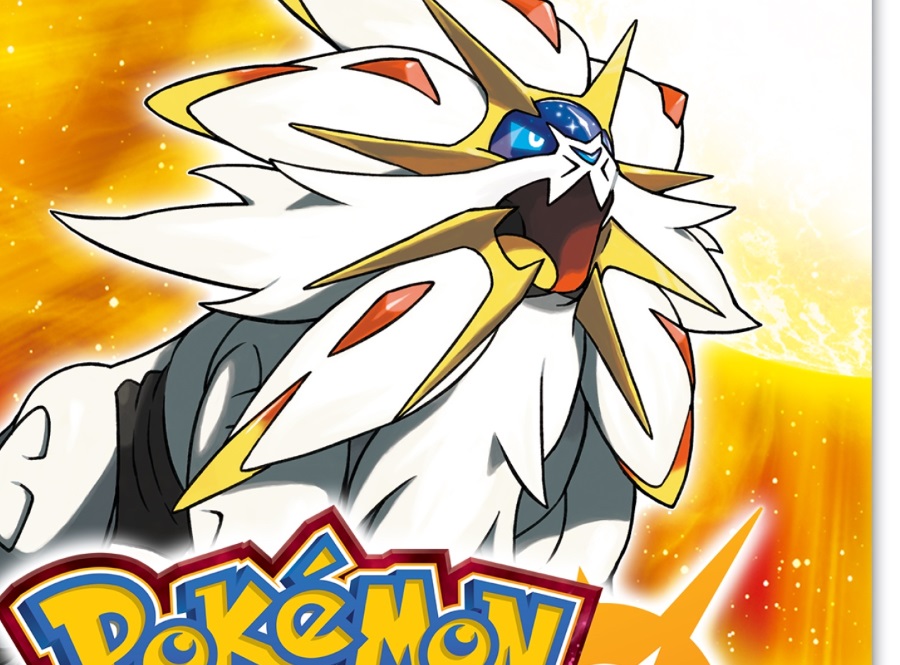 Pokemon Sun & Moon got a lot of love in Nintendo’s recent financial briefing to investors, which makes a great deal of sense; the Switch is still an unknown quantity, but Pokemon is a brand you can bank on – and perhaps you ought to in advance of Pokemon Sun & Moon’s November launch, investor, dear…?

Over the course of the briefing, Nintendo made three arguments that Pokemon Sun & Moon is going to be a 3DS blockbuster. First, it pointed out something we already know thanks to NPD data – 3DS and Pokemon legacy sales have spiked since Pokemon Go re-ignited mainstream interest in the brand. Here are the charts Nintendo showed investors to prove it: 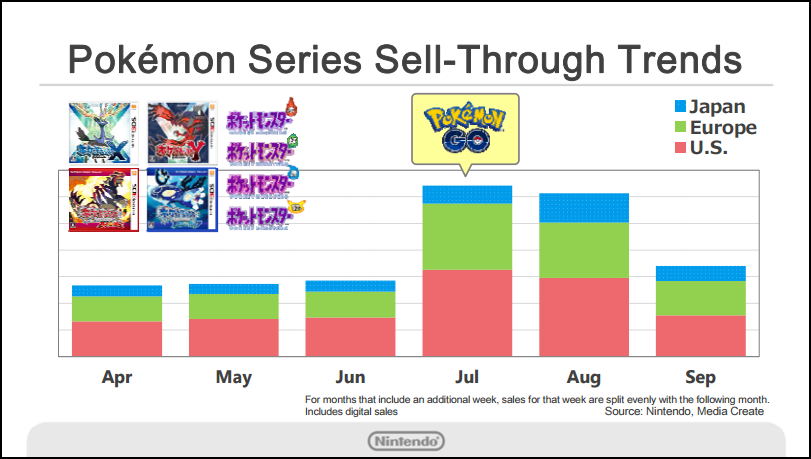 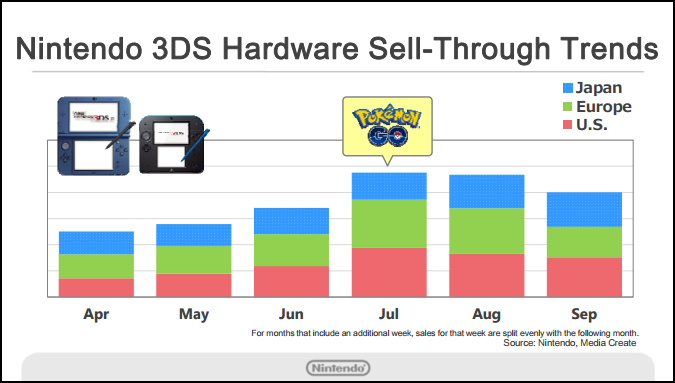 Based on Pokemon Go’s success we can expect Pokemon Sun & Moon to have a pretty strong launch, but hang your expectations; Nintendo has solid data to show Pokemon Sun & Moon is already doing extremely well. Look at how strongly pre-orders are tracking compared to Omega Ruby & Alpha Sapphire, themselves no poor performers: 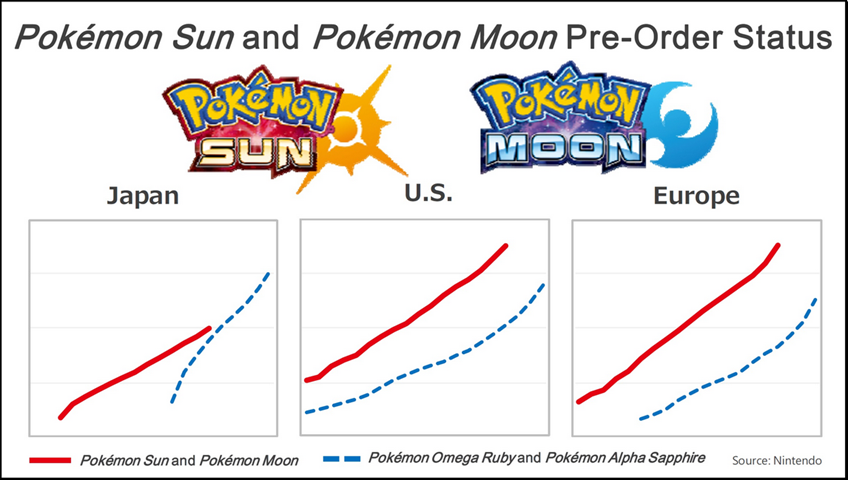 Finally, Nintendo said the Pokemon Sun & Moon demo has been downloaded over 3.5 million times, making it the most successful 3DS demo ever. Since the demo unlocks content for the full game, it’s likely to have a higher attach rate than standalone demos.

In short, Nintendo’s presentation implies that if you are a retailer you ought to put in an order for even more Pokemon Sun & Moon units, and if you are an investor you should help push Nintendo’s stock up and rub your hands gleefully in anticipation of returns.

Does any of this matter to you, the consumer? Not really, but I like charts. They give the place a bit of tone.