Destiny: Rise of Iron wants to spill over into your day-to-day life. Can you resist? Do you want to? 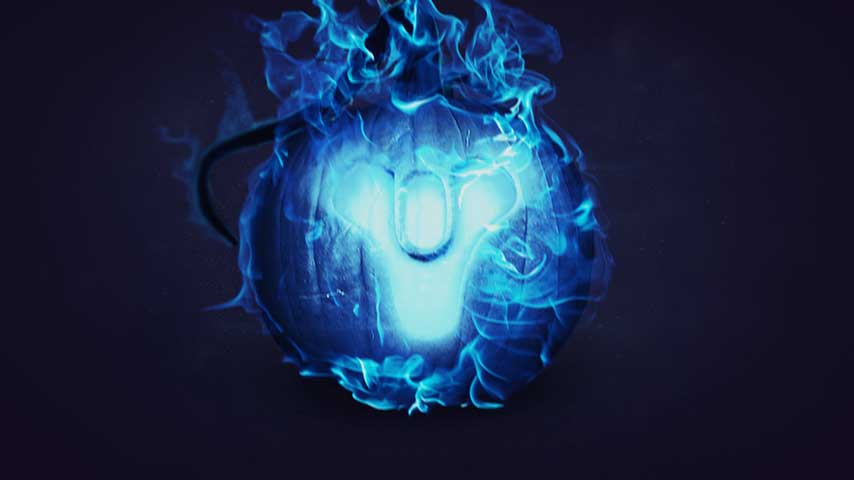 Destiny: Rise of Iron players kick off the second annual Festival of the Lost tonight – a Halloween-themed event with masks, emotes and other goodies including the long-requested ghost Ghost shell (not a typo). I love it.

Bungie has opened a mini-site with details of the event, confirming this year’s masks are permanent rather than temporary consumables, which is why there’s a new kiosk for retrieving your event rewards (nice), and previews of many of the goodies. The real reason you should go visit, though, is to download free Destiny: Rise of Iron papercraft templates and build yourself a SIVA desk toy.

If you’re after something more permanent to show your love for Destiny Bungie took the opportunity to add more items to the Bungie Store. If you buy anything from the Festival of the Lost collection you’ll receive the exclusive emblem shown below. Sadly it looks like the best stuff has sold out already, but if you’re tempted, note that all 2016 proceeds from the Bungie Store go to the Bungie Foundation, which provides hospitalised kids with entertainment.

Purchase any item from the Festival of the Lost 2016 collection and receive a code for the "Resurrectionist" Destiny in-game Emblem. pic.twitter.com/uqShI4ijQU

Destiny’s Festival of the Lost begins at reset October 25. That’s only a few hours away at time of writing and my trigger fingers are itching in anticipation.

Destiny used to takes itself so seriously, but these playful events are much more inline with the behaviour of Guardians than the stiff dignity of the early cutscenes suggest.