Blizzard wants to encourage World of Warcarft players to engage in PvP more often, so the studio has implemented a new reward system. 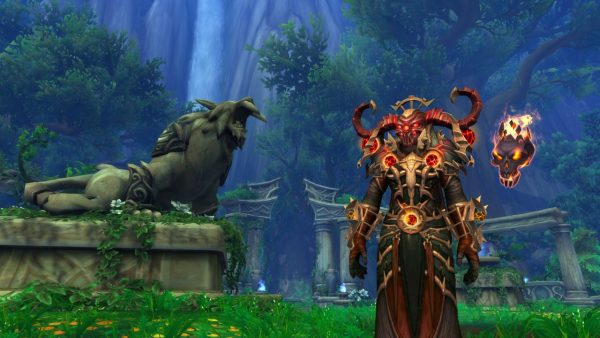 Players have been itching for better rewards to make PvP a more satisfying endeavor, and starting next week with Patch 7.1: Return to Karazhan, changes to rewards from Battlegrounds, Skirmishes, Arenas and Rated Battlegrounds have been added.

Blizzard said previously it wasn’t clear how much Artifact Power would be acquired through PvP activity, and “might have made some players reluctant to participate.” With the update, Artifact Power rewards will be increased for PvP and the user interface will show players how much they will receive for a victory.

The First Victory of the Day bonus will also reward a large Artifact Power bonus. With Patch 7.1, the studio is also extending the bonus to all of the other brackets in PvP: Skirmishes, 2v2 Arenas, 3v3 Arenas, and Rated Battlegrounds.

When it comes to gear, every Battleground or Rated Battleground victory will now reward a piece of gear. Losses will also have a chance to reward gear, and it will be based on the final match score. Skirmish and Arena victories gear drops also have an increased chance and all gear has a chance to “roll up with the possible bonuses players are used to.” These include Warforged, Titanforged, socketed and with tertiary stats.

Previously, the first victory in PvP in each rated bracket rewarded a piece of gear based on the player’s current rating. With Patch 7.1, each bracket of rated PvP, such as 2v2, 3v3 and Rated Battlegrounds, will have a weekly quest that rewards items based the player’s best rating from the prior week.

The Arena brackets require 10 wins, while quests for Rated Battleground will require three wins. Quest with a below 2000 rating will always reward a piece of gear with the current season’s Gladiator appearance.

Above 2000 rating quests will always reward a piece of gear with the Elite appearance for the current season.

You can get a look at examples of the Honor and Artifact Power rewards for each bracket, as well as example listing of the rating-to-item level breakdown for Season 1 over on the official World of Warcraft website.

The first major patch for the game since Legion’s release, Return to Karazhan features a new, five player Mythic-level dungeon and there will be nine bosses trying to make your lives miserable.

It will also continue the story of Suramar and will include more World Quests.

Update 7.1: Return to Karazhan will be released on October 25.