Whatever you think of the Nintendo Switch, investors reckon it’s a good deal. Not as good a deal as the Wii, obviously. 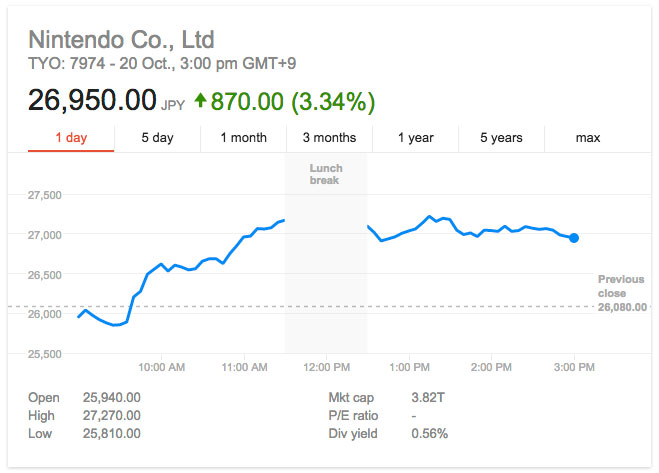 Nintendo stock gained $1 billion in market value even before the Switch reveal today.

Glancing back over the charts, stock peaked at 27,170 before the market closed for lunch, and is currently trading at 26,950 in the wake of the Switch reveal.

Although this all sounds pretty dramatic, Switch stock has actually peaked higher than that even this month – and if you look back over Nintendo’s stock history you can see the company has a long, long way to go to recapture the strength of the Wii years.

On the other hand, you’ll also see the Wii U barely made a difference to the chart, whereas NX rumours have been pushing Nintendo’s stock upwards since March 2015, with peaks in July (Pokemon Go) and again in September (reveal rumours) this year. After literal years of poor performance, Nintendo’s got to be pretty happy about it.