If you’re in the mood for a new Wolfenstein game, someone is teasing just that. 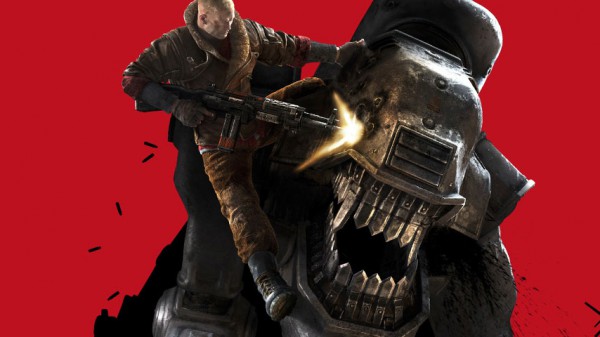 The person teasing a new game in the franchise is none other than B.J Blazkowicz’s voice actor, Brian Bloom.

Speaking in an interview with TwoLeftSticks (via PC Gamer), Bloom was asked what was next for Blazkowicz and whether there was indeed another Wolfenstein game in the works.

“I’ll be safe with this answer. If you look at Bethesda’s E3 2016 lineup there was a title hinted at in a cool way,” he said. “It sparked a bit of wildfire.

“That subtle, very simple DOS language, going through the titles. Perhaps we’re working on that as we speak.”

The simple DOS language he refers to was shown during the very start of the Quake trailer revealed at E3 2016. The trailer showed a mock C drive with previously released games developed by id Software.

Pausing the video, if you look under Wolf3D, New_Order and New_Blood, the file New_Colossus is listed – and without a release date.

If you head over through the link to the interview, Bloom also talks about what he “would like to explore next as B.J.,” should all be well with the character after the events of Wolfenstein: The New Order. He also discusses writing Call of Duty: Infinite Warfare and and his role as Captain Reyes in the game.