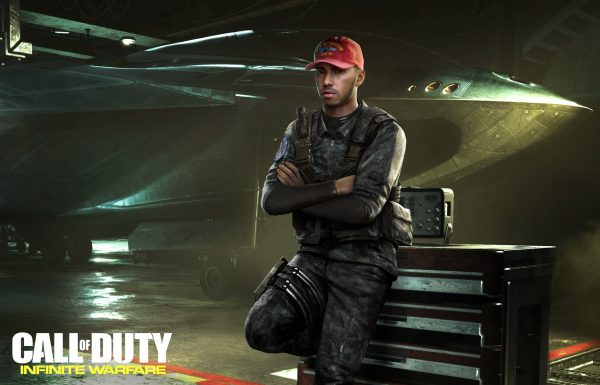 Call of Duty: Infinite Warfare has added one more celebrity to its roster of actors. We’re talking about the single-player campaign, of course, which so far has Game of Thrones actor Kit Harington as the main villain, and UFC fighter Conor McGregor.

Now, Formula 1 world champion Lewis Hamilton has announced he’s going to be part of the game, too. Activision said he’ll be playing an engineering, one of the many on the main ship the Retribution. Hamilton shared an in-game screenshot of him on Twitter.

Speaking to French station M6 (via MotorSport), Hamilton said, “I grew up with Super Mario, where the graphics were outdated at the time. It’s crazy to see how far it [computer games] went – the realisation is unbelievable.”

The station showed footage of him stepping into a capture studio, and noted he;; be appearing in six scenes. Although he didn’t divulge any character details, he said it was a “great experience.”

“I am incredibly honoured to be part of this game. I’ve been a fan for years,” added the champion.