Destiny: Rise of Iron cannot keep its secrets from us. Don’t even try. 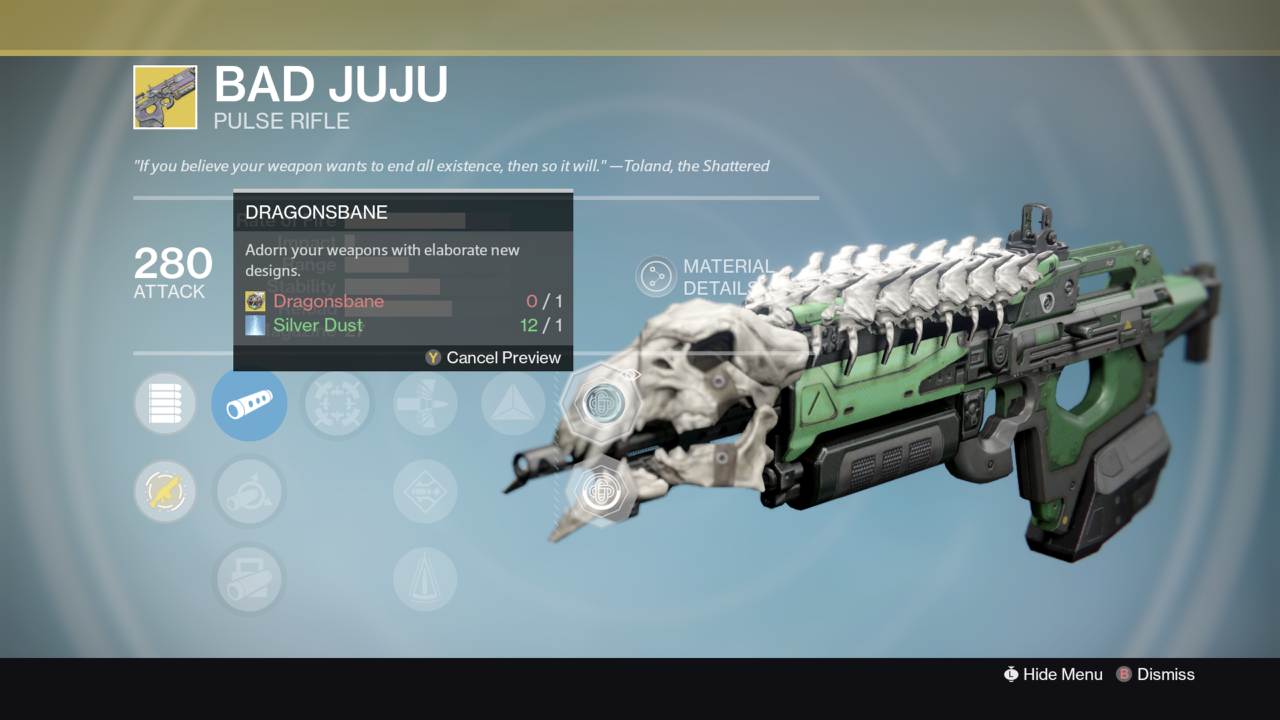 Now that the dust has settled, Destiny: Rise of Iron players are looking forward to the Festival of the Lost at the end of the month, after the Halloween event debuted last year.

Want to know what’s coming in this year’s Festival of the Lost? Good news: some reliable sources of Destiny leaks have you covered as of yesterday’s 2.41 update.

Let’s start with the festival masks. As usual, the update unlocked new content in the Destiny API if not in Rise of Iron itself, and as a result you can view the new masks in various databases. Redditor TheDrock21 dug up several on Ishtar Collective. If you look in the top right of the pages I’m about to link to, you can see a SIVA Mask, a Wolf Mask, the Lost Prince Mask and an Aksis Mask, among others.

More intriguingly, this year’s event will include a number of new ornaments. Bungie itself “leaked” these, because the update made changes to Bad Juju, Thorn, Red Death, The Last Word and Black Spindle, revealing new ornament nodes. If you fire up Destiny: Rise of Iron and open the upgrade screen on any of these weapons, you can preview the new ornaments right now. Alternately, here’s a gallery from Imgurian GosutiiForever.

The Bad Juju ornaments were the first to be noticed, and Bungie acknowledged their early appearance by confirming they won’t be available to collect in Destiny: Rise of Iron until Festival of the Lost – so don’t bother buying a bunch of Radiant Treasures. It’s not clear if the other new weapon ornaments will also turn up in the event, but they haven’t been found in-game yet as far as I can tell, so it looks pretty likely.

As already mentioned once today I consider the addition of bones to anything to be an extremely tasteful decision, so I guess I’m running Bad Juju now – provided you can get these without microtransactions, because I’m still pretty mad about that.