Enter a new era of single-player missions in first-person shooters. 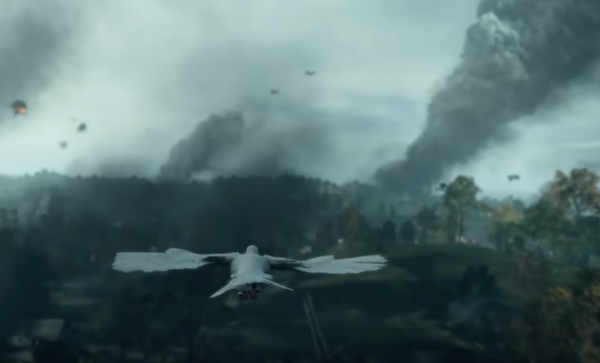 Battlefield 1, among its many innovations, lets you gain control of a pigeon for a few minutes in one of the single-player missions.

Part of the Through Mud and Blood campaign mission – playable now for EA and Origin Access members – is basically you playing as a war pigeon tasked with delivering a message. Use of carrier pigeons was very common in World War 1, and DICE manages to not make the sequence cheesy.

There’s a bit of a mini-game involved, as you try to go through highlighted rings and witness the destruction beneath. It looks very good, and doesn’t last very long. You can watch it below in this video from YouTuber MathChief.

Battlefield 1 is out October 18 for Deluxe Edition owners, and October 21 for everyone else on PC, PlayStation 4, and Xbox One.