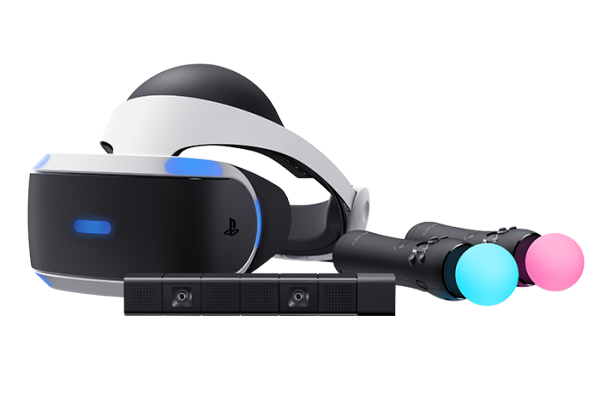 It’s only logical someone would try to use their newly acquired PlayStation VR on either an Xbox One or Wii U. Because that’s what humans do. We are curious creatures. Hell, I would have done it myself, really. I may have even tried to hook it up to anything than supports HMDI. But I don’t own a PSVR, and these folks do.

Twitter user chirnoice used their headset to view Splatoon on Wii U, and Ars Technica hooked its PSVR up to an Xbox One and a PC. Ars said hooking it up to the latter shows the Windows desktop.

Various reddit users have also plugged the headset into Xbox One and other devices with an HDMI output with varying results. One of the drawbacks was the lack of sound, but Polygon said plugging headphones into Xbox One controller did provide sound. The site said that obviously the player wouldn’t have the 360-degree audio which is part and parcel with PSVR-capable games.

The headset won’t work the same as it does on PlayStation 4 though, as hooking it up to another console just triggers Cinematic Mode. What this does is make whatever you are viewing through the headset appear as a cinema-sized screen. Sometimes, according to various reports, it doesn’t look too smashing thanks to low-resolution, but it works.

If you are interested in learning more about Cinematic Mode, Push Square has posted a rather nice review of using PSVR while in the mode.