A patch for Overwatch was released alongside the Halloween Terror event today. 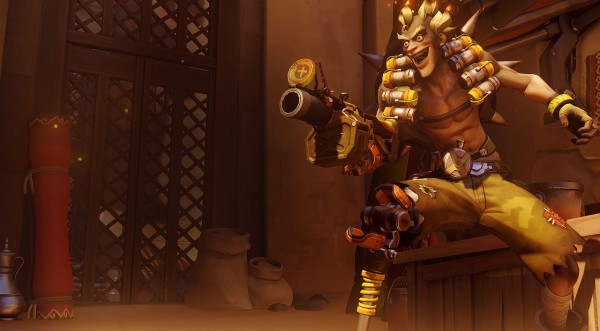 The change list is similar to the preliminary notes released two weeks ago, but we’ve add them below anyway for your convenience.

As announced previously, camera movement in Spectator Mode has been improved, some changes have been made to Ana and Widowmaker, Custom Games can now be paused and players who are disconnected from a Competitive Match can now rejoin if it is still in progress.

Full notes are below, straight from Blizzard.

Spectating: Camera movement in Spectator Mode has been improved

Dev Comments: So far, we haven’t seen any indication that Ana is too strong overall, but her ultimate charges a little too fast, especially considering the impact it can have on a match. Also, her Biotic Grenades are getting a small boost to help her hit multiple targets.

Dev Comments: Junkrat can be an extremely effective hero in the right hands, but RIP-Tire often felt underpowered when compared to his counterparts.

Competitive Play: [PS4, XB1] Fixed an issue that was incorrectly displaying a top 500 icon for certain players, even though they had not yet broken into the top 500

The Halloween Terror event is now live in Overwatch for PC, PS4 and Xbox One.